Everything's coming up roses at the Bohart Museum of Entomology on the UC Davis campus.

See, the Bohart not only houses some seven million insect specimens in its quarters in 1124 Academic Surge, but they have a few live ones, too.

Such as Madagascar hissing cockroaches, praying mantids and rose-haired tarantulas.

The Bohart, directed by Lynn Kimsey, professor and vice chair of the UC Davis Department of Entomology is one of our favorite places. You never know what you'll find.

We stopped by the museum last week and one of the Bohart student employees, Nanase Nakanishi, a UC Davis senior majoring in animal science, was caring for the occupants.

She and her colleagues were feeding the Madagascar hissing cockroaches, aka "hissers." While they were eating, Nanase picked up the rose hair, a favorite among budding entomologists and pet enthusiasts. On her red blouse, it looked like very much like a beautiful brooch. It's a soft, docile, gentle critter.

Nanase, who has worked at the Bohart for three years, feels very much at home there.

And, no wonder. Following graduation, she wants to study veterinary medicine and become a veterinarian. 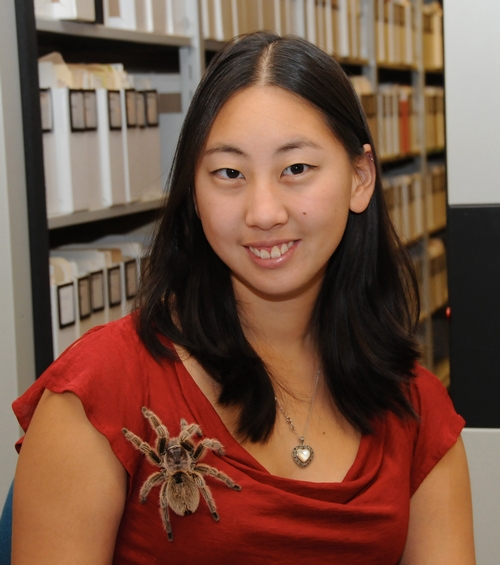 Nanase Nakanishi
NEW BROOCH--Nanase Nakanishi, a UC Davis student who plans to become a veterinarian, cares for this rose-haired tarantula at the Bohart Museum. It's one of the live insects in the museum, which houses more than seven million specimens. (Photo by Kathy Keatley Garvey) 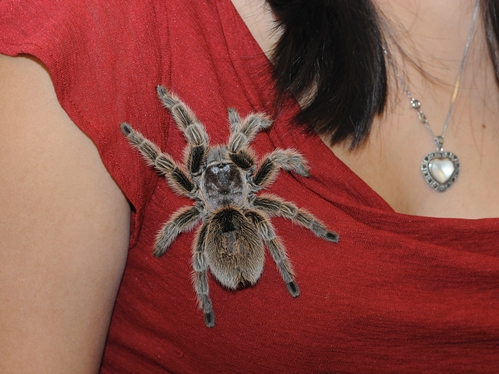 Close-Up
CLOSE-UP of the exquisite rose-haired taranatula, a native of Chile. It's known for its gentleness and is a favorite at the Bohart Museum of Entomology. (Photo by Kathy Keatley Garvey) 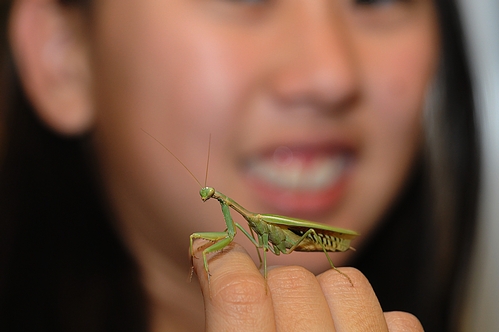