'Kissing bug' not a new pest in California
Published on: December 2, 2015 Adult conenose bug, Triatoma rubida.
Conenose or ‘kissing bugs' (Triatoma spp.) have received a good deal of press from CBS Sacramento and other media outlets in recent weeks. Although not a new insect to California or the U.S., we thought readers might benefit from some guidance and information on these bugs in case one should encounter these seldom seen insects.

Conenose bugs can vector a protozoan, Trypanosoma cruzi, that causes Chagas disease in humans. While conenose bugs do bite humans, the protozoan is transmitted via the bug's feces, rather than through bites. Adult western conenose bug, Triatoma protracta.
For information about kissing bugs, refer to UC IPM's Pests Notes: Conenose Bugs. As indicated in this publication from 2013, there is a low instance of Chagas disease in humans in the U.S. “Researchers attribute the low incidence of Chagas disease…to poor efficacy of disease transmission by the bugs, infrequent human contact, and inability of the bugs to permanently colonize homes.”

Visit the UC IPM conenose bugs Pest Notes as well as the Centers for Disease Control and Prevention website, which also has useful photos to help in identification.

The insects below are not kissing bugs: 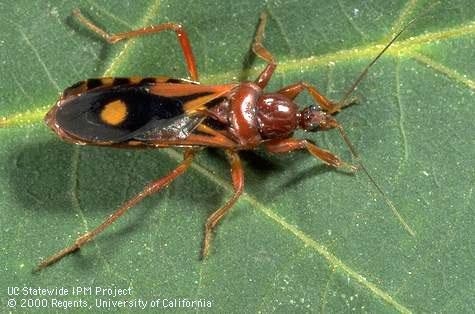 Adult western corsair bugs (Rasahus thoracicus) are insect predators and have a distinct orange spot on each wing. They do inflict a painful bite to humans, but are not blood-suckers. 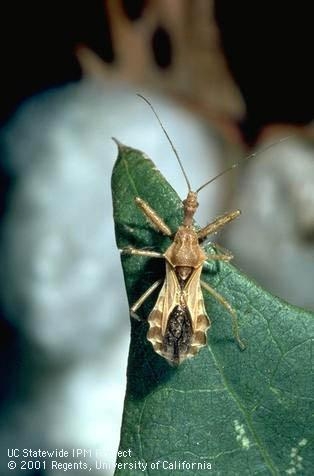 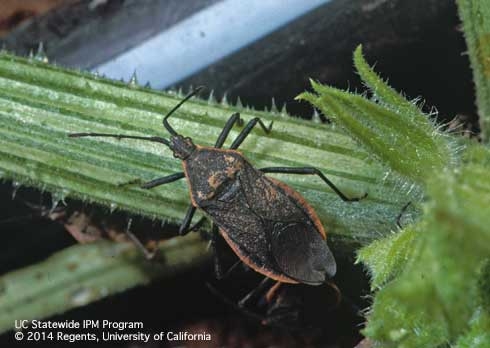