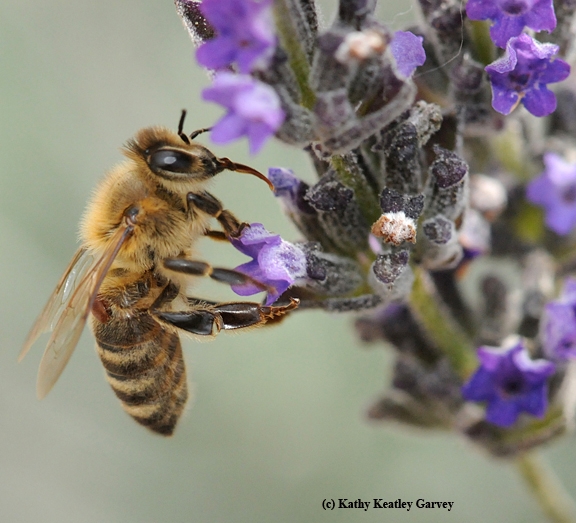 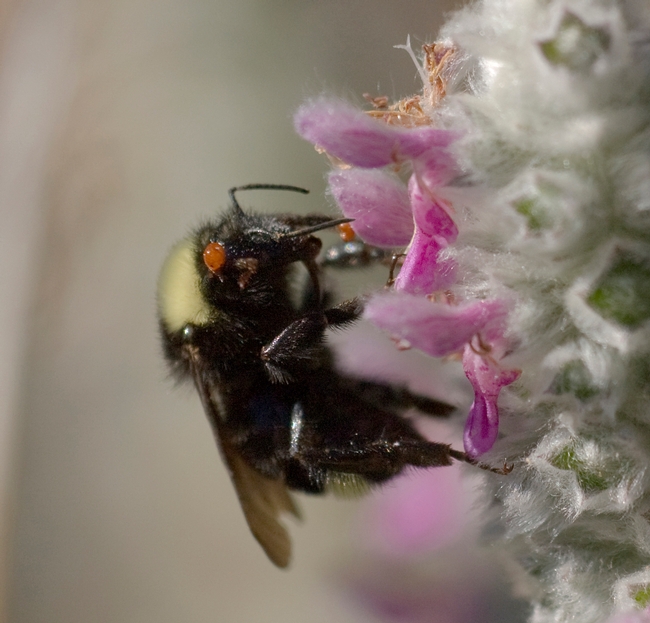 Varroa mite on a carpenter bee. (Photo by Allan Jones, Davis)
Tags: Allan Jones (19), bumble bee (32), carpenter bee (24), Eric Mussen (253), honey bee (225), Robbin Thorp (272), Varroa destructor (4), varroa mite (14)
Comments: 3
Comments:
by susan rudnicki
on March 6, 2016 at 11:02 AM
A salient point in this piece that is not articulated---varroa came via HUMAN mediated international trade from the SE Asian environment where it resides in balance with its resistant host, Apis cerana. The media almost never points out the true hitchhiking "mediator" and the source of so much of the world's invasive captures---Homo sapiens. Leave Apis mellifera alone and resistance strategies develop, as is aptly shown by the MANY treatment-free beekeepers using stock that has developed resistance to the mites and their vectored diseases. The problem is, in their quest to CONTROL everything via chemicals, the modern beekeepers are creating severely chemical resistant strains of mites and weakened stocks of honey bees. Get over the "unfair"ness of it all and stop using chemicals on bees.
by Mark Hvass
on March 6, 2016 at 3:31 PM
Honey bees collapse from the viruses they acquire from the mites. Neonics attack the immune system so how can we expect the bees to ever survive against the mites?
by Janet Wilson
on December 11, 2019 at 8:11 AM
There are currently NO Varroa-proof honey bees. Period. The search continues, and claims that bees can be kept treatment-free are false. Very often treatment-free beekeepers claiming "success" have a very fluid definition of what that means. Fortunately, we now have the organic acids, formic and oxalic acid, which are tough on mites but easy on bees. Research is ongoing but alas much does not make it to the market i.e., RNAi-based strategies for eradicating Varroa mites.
Leave a Reply: