It's an insect collecting trip to Belize for the Bohart Museum of Entomology, UC Davis.

Praised by entomologists for its insect diversity, Belize is a rain-forested country on the eastern coast of Central America, bordered on the north by Mexico, on the south and west by Guatemala, and on the east by the Caribbean Sea.

Leading the 'blitz, set June 20-July 1, are entomologists Fran Keller, who holds a doctorate in entomology from UC Davis and teaches at Sonoma State University, and David Wyatt, an entomology professor at Sacramento City College. Keller,  a longtime Bohart Museum associate and volunteer, studied with Wyatt before enrolling in the UC Davis graduate program. Wyatt has taught entomology at Sac City for 15 years. This marks his 12th trip to Belize.

Keller and Wyatt are already in Belize, teaching a Sonoma State class, June 6-June 17. See their blog at https://belizebiodiversity.wordpress.com. "So we are setting up a lot of the collecting equipment early so it will be running for two weeks before the Bohart folks even get here," Keller said.

A 21-member team of professionals, entomology graduates, college students and a couple of teens will participate in the 10-day Bohart Belize Bioblitz. One of them is 17-year-old Noah Crockette of Davis, a longtime Bohart Museum volunteer who will mark his second consecutive collecting trip to Belize.

Crockette won the 2015 senior award from the Coleopterists Society and will be surveying some of the dung beetles from the Stan Creek District in Belize.

"We are trying to collect as much as we can and some insects will stay in Belize at the field station but most are coming back to the Bohart," said Keller, who studied for her doctorate with major professor Lynn Kimsey, director of the Bohart. The insect museum, located in Room 1124 of the Academic Surge Building, is the home of nearly eight million insect specimens, collected worldwide.

At the pre-trip meeting, Wyatt and Keller promised an educational, safe and fun trip. "I brought Noah back alive, didn't I?" Keller quipped. Laughter ensued.

"Are you ready for an adventure?" Keller asked the Bohart Belize Bioblitz team. "It's a phenomenal country." 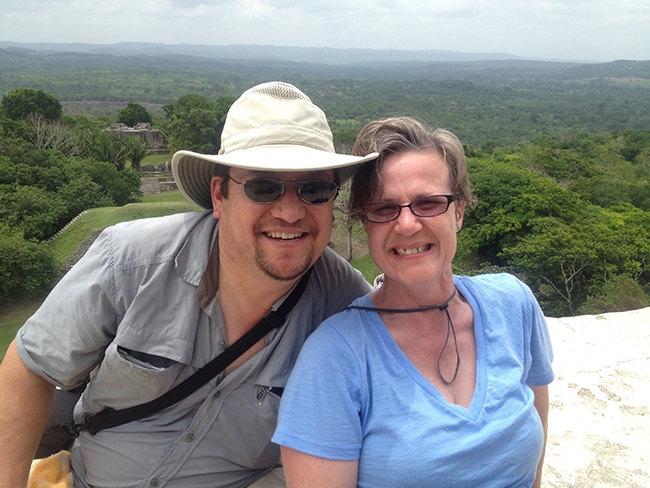 Entomologists David Wyatt and Fran Keller pose for a photo in Belize. 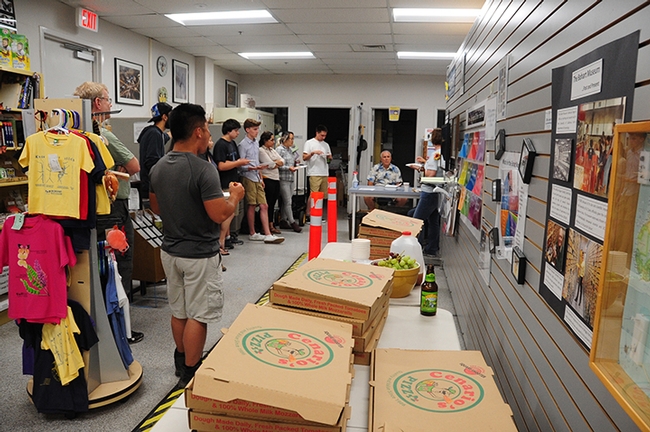 Those who will join the June 20-July 1 collecting trip to Belize gathered for a pre-trip meeting and pizza party on June 1 in the Bohart Museum. (Photo by Kathy Keatley Garvey) 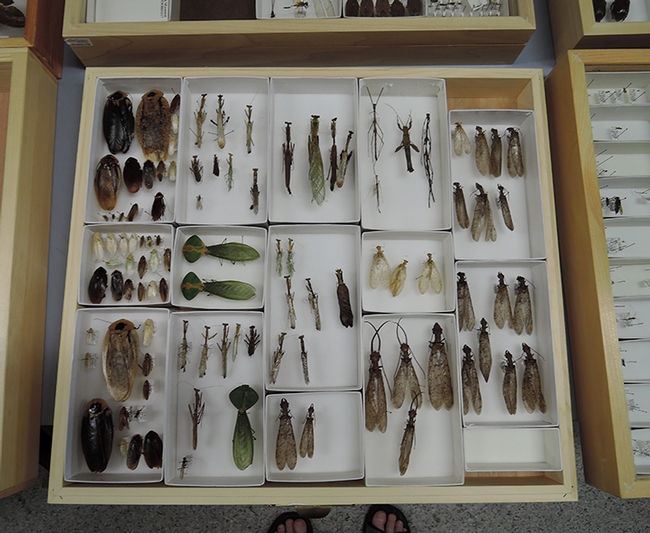