Pull out the bottom tray (floor) of a beehive and you're likely to see lots of bee droppings, a little pollen, a few mites, a few dead bees and...a few scurrying ants.

Ants find a bee hive nice and cozy, especially in the winter as temperatures drop.

"Look," she pointed out, "see the ant carrying pollen?"

The tiny little critter hustling a heavy load of pollen made for an interesting photo.

Ants and bees are both social insects and belong to the same order, Hymenoptera. Bees and ants are sometimes called "superorganisms" as they employ a division of specialized labor, working together to support the colony for the good of all.

Ants in the bee hive, though, are a nuisance. 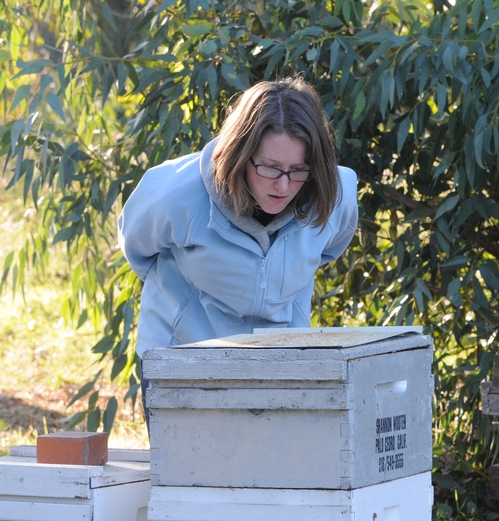 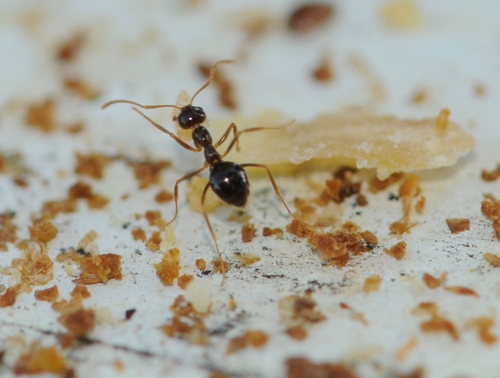 Thief
ANT finds the pollen to its liking. (Photo by Kathy Keatley Garvey) 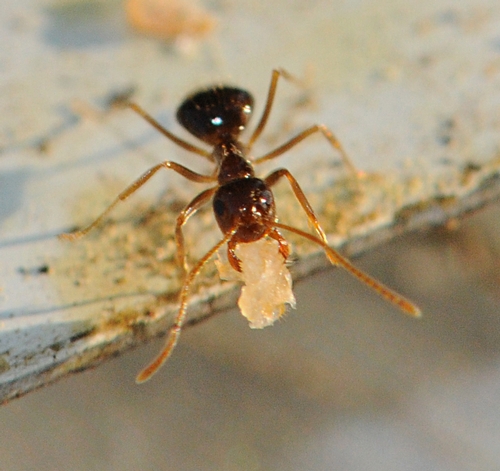