Presidential candidate Herbert Hoover campaigned for "a chicken in every pot and a car in every garage." (Now we have free-range organic chicken on every barbecue grill, and as many as three fuel-efficient cars with sophisticated high-tech gadgets in every multi-car garage.)

Marco Gutierrez, founder of the group "Latinos for Trump," warned that we might have a "#taco truck on every corner."  (That's a slogan that backfired; who doesn't love tacos?)

So, "chicken in every pot," "car in every garage" and "taco truck on every corner."

What about a slogan for our monarch butterflies (Danaus plexippus)? If we all planted milkweed, the monarch's host plant (monarchs lay their eggs on milkweed and their caterpillars eat only milkweed), that would be ideal.  And even more ideal, if we all provided some flight fuel (floral nectar) for migrating monarchs.

In the 1990s, nearly 700 million monarchs made the epic flight each fall from the northern plains of the U.S. and Canada to sites in the oyamel fir forests north of Mexico City, and more than one million monarchs overwintered in forested groves on the California Coast.  Now, researchers and citizen scientists estimate that only a fraction of the population remains, a decline of more than 80% has been seen in central Mexico and a decline of 74% has been seen in coastal California.--Xerces Society for Invertebrate Conservation.

Public awareness could go a long way in helping to boost our monarch population:

Imagine a world with #MilkweedOnEveryCorner" and "TithoniaInEveryGarden."  Imagine more monarchs... 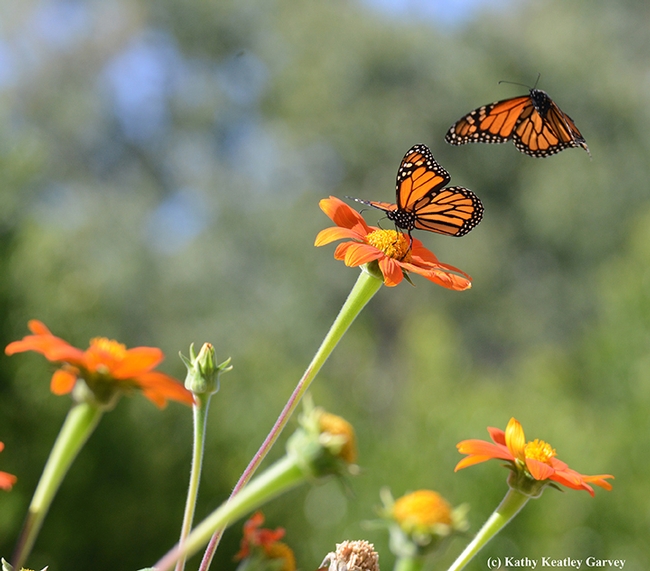 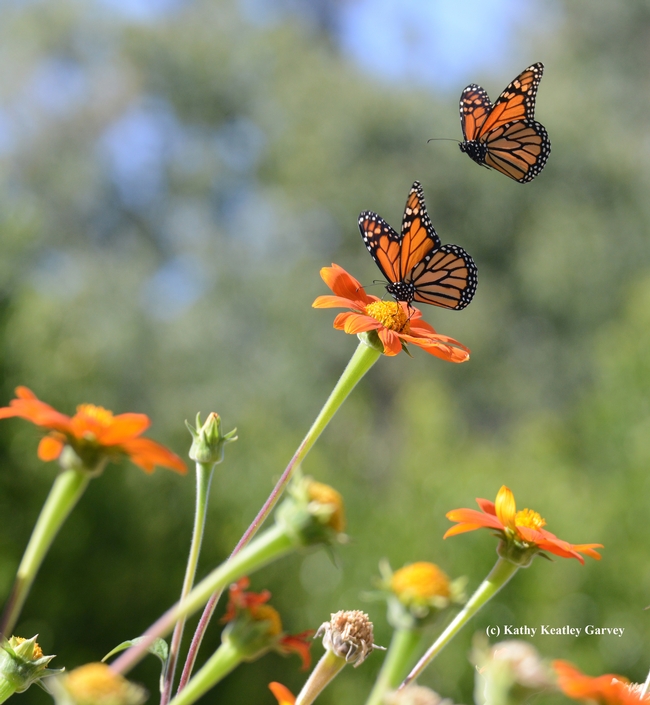 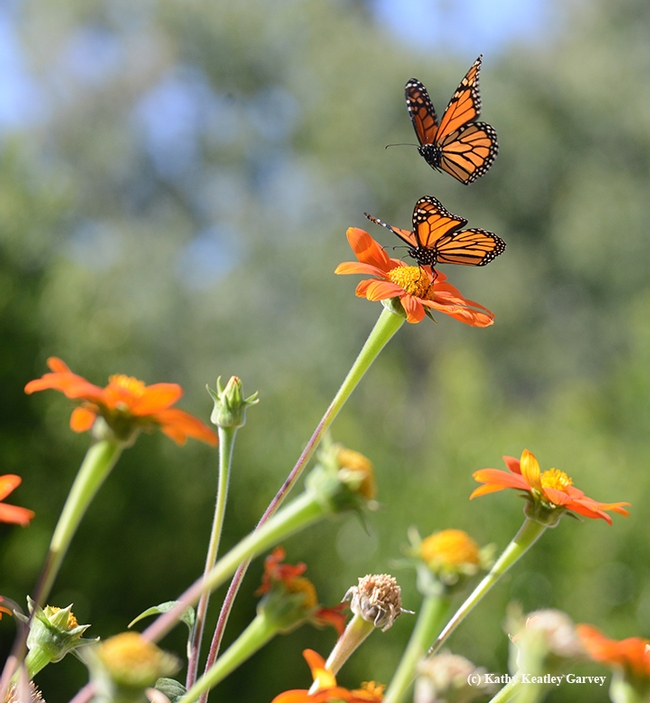 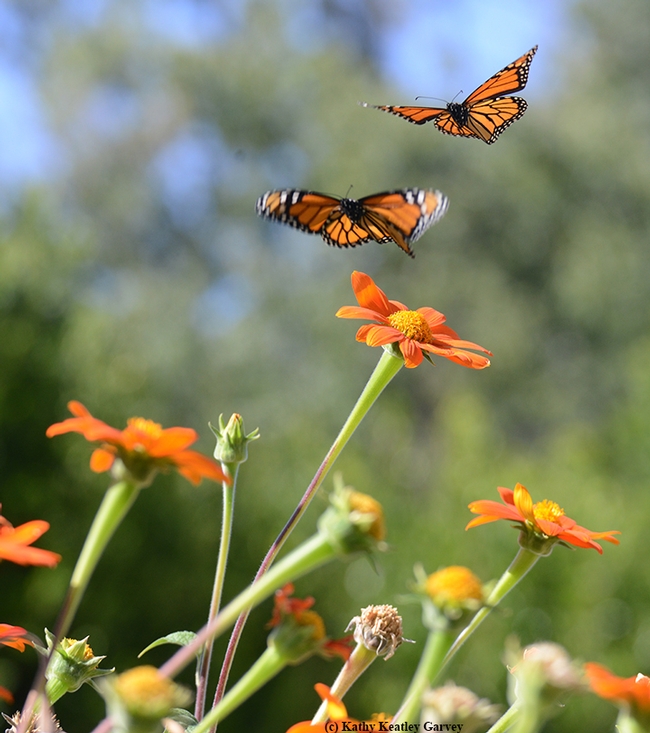 Fourth in series of four photos: Two monarch butterflies taking flight. (Photo by Kathy Keatley Garvey)
Tags: #MilkweedOnEveryCorner (1), #TithoniaInEveryGarden (1), Danaus plexippus (45), Mexican sunflower (56), milkweed (40), monarch butterflies (77), Tithonia (59), Xerces Society (31)
Comments: 1
Comments:
by Gayna Lamb-Bang
on September 13, 2016 at 9:28 AM
I planted a non-native milkweed, Asclepias curassavica, in my yard. So far no monarchs. Do I need to replace that with the California native milkweed? If yes, where can I find the California native?
Thanks,
Gayna
Leave a Reply: