Bug Squad
sitenum=63
Happenings in the insect world
What Are Those Red and Black Bugs on Milkweed? Monarch caterpillar munching on flowers of showy milkweed, Asclepias speciosa. (Photo by Kathy Keatley Garvey)
Got milkweed? Then you probably have milkweed bugs.

The ones we saw: the Small Milkweed Bug,  Lygaeus kalmii. Like its name implies, it's small, about half an inch long.

They're primarily seed eaters, but they're opportunistic and generalists, says insect migration biologist Hugh Dingle, emeritus professor of the UC Davis Department of Entomology and Nematology, author of the popular textbook, Animal Migration: the Biology of Life on the Move. "They'll get protein from wherever they can find it," he said. Dingle, whose research includes migratory monarchs, said the milkweed bugs not only eat seeds, but they also eat monarch eggs and larvae and the immature stages of other butterflies. Forever the opportunists, they eat other small bugs as well--if the opportunity arises. And they feed on nectar, too.

Some scientists have seen them feeding on insects trapped in the sticky pollen of the showy milkweed.

The bugs, it seem, have few predators. They feed on the toxic milkweed, which makes them distasteful to predators, prey to avoid. Their warning colors (red and black) strike home that fact.

In the fall, as the seed pods burst open, it's a horticulture/culinary war between the milkweed growers and the milkweed bugs. Both want the seeds: the humans to plant them and the bugs to eat them.

(Note: Research shows that the milkweed bug also feeds on other plants. Read about the opportunist Small Milkweed Bug in the Journal of the New York Entomological Society.) 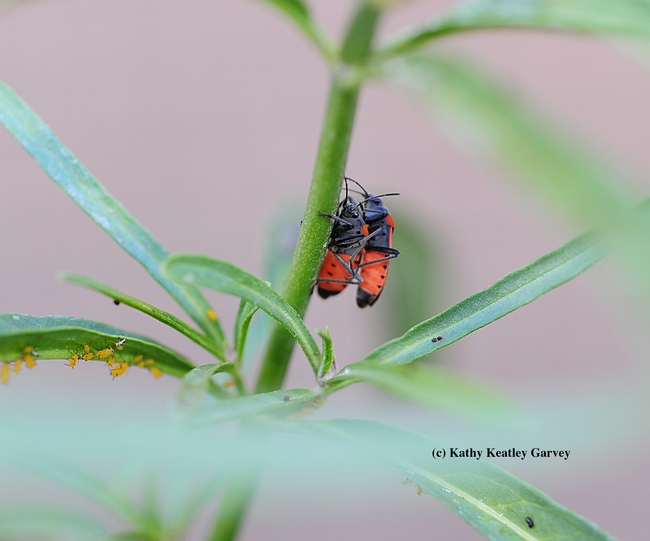 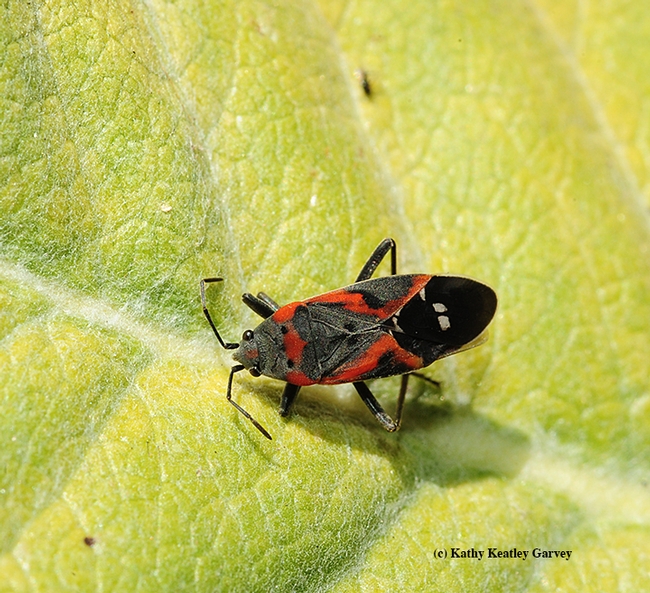 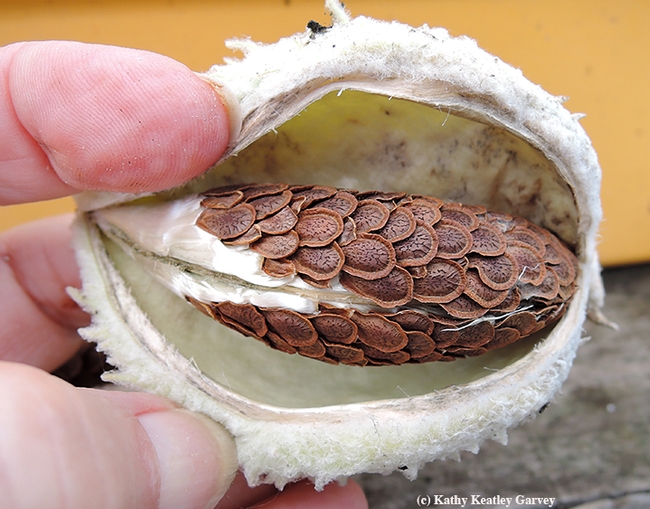 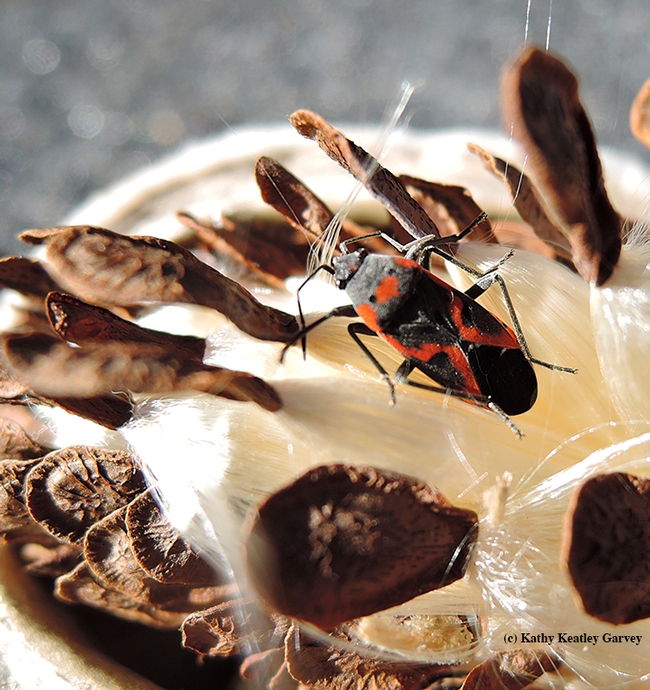 A milkweed bug and a buffet of seeds from the showy milkweed, Asclepias speciosa. (Photo by Kathy Keatley Garvey)
Tags: Asclepias curassavica (12), Asclepias speciosa (9), Hugh Dingle (17), Lygaeus kalmii (2), milkweed (41), monarchs (46), Small MIlkweed Bug (1), UC Davis Department of Entomology and Nematology (430)
Comments: 2
Comments:
by Fay Stout
on December 6, 2016 at 5:44 AM
Interesting post and excellent photos!
by Brian Davis
on December 6, 2016 at 4:06 PM
What would be the safest way to get rid of these bugs and would meantime get rid of them?
Leave a Reply: