Lynn Chang of Redwood City watches his daughter. Joy, handle a stick insect. (Photo by Kathy Keatley Garvey)
American biologist, researcher, theorist, naturalist and author E.O. Wilson once said: "(We have) reason to cherish each species in turn as a world unto itself, worthy of lifetimes of study."

That was the theme of the open house hosted Saturday, Nov. 18 by the Bohart Museum of Entomology at its facility in Room 1124 of the Academic Surge Building, University of California, Davis.

As Tabatha Yang, the Bohart Museum's education and outreach coordinator explained: "An insect parasitoid is a species whose immatures live off of an insect host, often eating it from the inside out. It is part of their life cycle and the host generally dies." "Happy Parasitoid Day!" the lettering on the cards proclaimed, but several of the innovative youngsters decided they would mail the cards to Santa Claus at the North Pole, in case the jolly ol' gent needed to know more about them before boarding his sleigh. Directed by Lynn Kimsey, UC Davis professor of entomology, the Bohart Museum is the home of nearly eight million insect specimens, plus a “live” petting zoo, featuring Madagascar hissing cockroaches, walking sticks, praying mantids and tarantulas. Visitors are invited to hold some of the insects and photograph them.

Hours? The Bohart Museum is open to the public during its regular hours, from 9 a.m. to noon and from 1 to 5 p.m. Mondays through Thursdays. The museum is closed to the public on Fridays, Saturdays and Sundays and on major holidays. Admission is free.

Upcoming open houses (all free and open to the public): 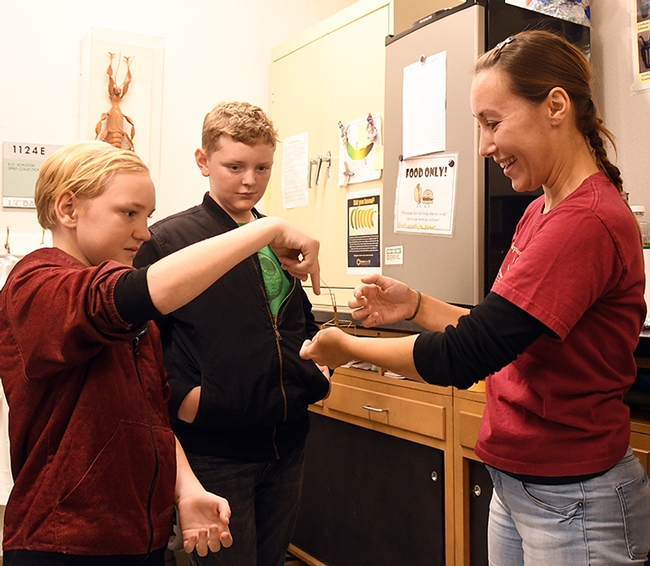 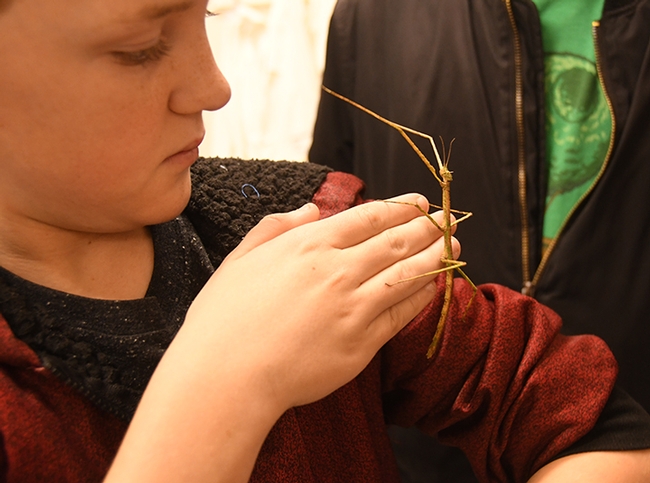 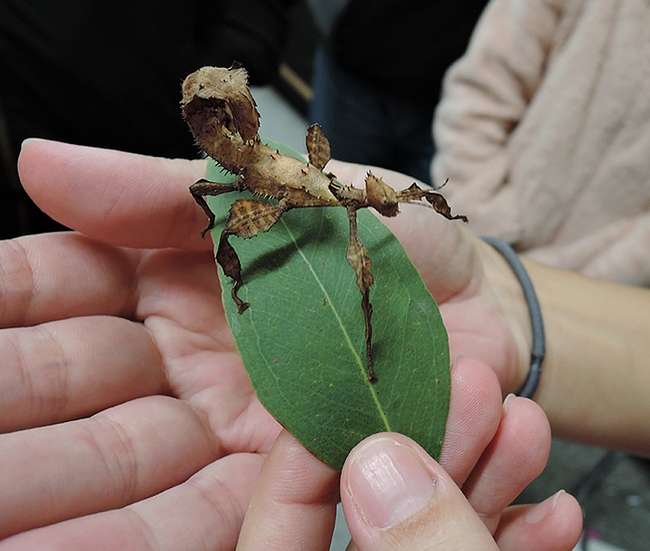 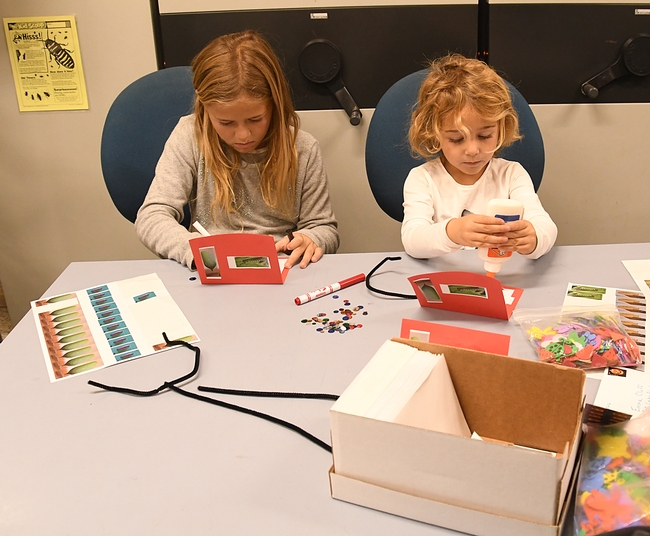 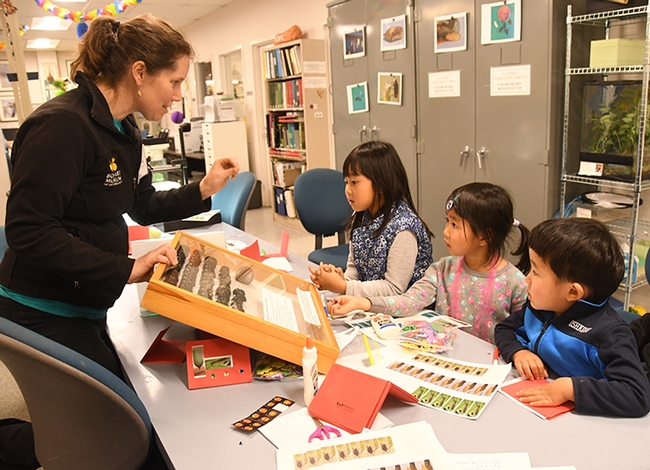