Lettuce in the Salinas Valley is direct seeded by planting 3–4 times the amount of seed need and then thinning the stand to the desired spacing. Lettuce is one of the few crops that is still thinned because seed is still cheap enough and high yield potential is dependent on having maximum plant population.

In 2013 automated thinners were introduced to the Salinas Valley and are now employed to thin a significant portion of the lettuce crop. Labor shortages have spurred the growth in the use of automated thinner machines. The machines have basically three key components: 1) a camera to detect the crop, 2) computer for processing the images, calculating spacing and determining which plants to keep and remove, and 3) the kill mechanism. All of the automated thinners in use in the Salinas Valley use a spray mechanism as the kill step to remove the unwanted plants. Spray materials used in these machines include fertilizers and the herbicide Shark. One of the issues with a spray mechanism to remove unwanted plants is the potential to cause collateral damage on the “keeper” plants. Ideally, the material used to remove unwanted plants would be selective (safe) to the crop. For example, Matrix would be safe for use in weeding tomatoes with an automated weeder because any wafting or drifting of material onto the crop would have no adverse effects. Over the past few years I have been testing materials for use in auto thinners and weeders. This year I included Raptor in trials to determine if it was safe and effective for use as a thinning/weeding material on lettuce. Raptor is registered for post-emergence use on chicory which is closely related to lettuce. In addition a number of other materials were evaluated.

Methods: The trial was conducted at the Hartnell East Campus Research Facility. The Romaine lettuce variety ‘Sun Valley' was seeded onto shaped beds on September 5 and the first irrigation water was applied on the same day. Weeds were allowed to come up with the lettuce and all plants were sprayed on September 22 with one pass of a one-nozzle wand with an 8008EVS nozzle applying the equivalent of 37 gallons of water per acre. Weed evaluations were made on September 26 and 29, 4 and 7 days after treatment, respectively. Weeds in two 1-ft2 quadrats were counted in each plot. The effect of the materials was also evaluated on lettuce plants.

Results: There was a high population of weeds at this site (See Tables 1 & 2 for the species present). We were interested in how safe or lethal they were on lettuce to determine their effectiveness for use in automated thinners and weeders. All materials were reasonably effective in killing lettuce plants except for Raptor which was only moderately injurious to the lettuce plants. Shark (the standard material) and Sharpen provided complete control of lettuce plants on the first evaluation date, September 26 (Table 1) (Figures 2 & 3). Both rates of Sharpen and Shark at 9.7 mls/A provided complete control of weeds on the first evaluation date. Other materials that were also effective included Shark at 15.7 mls/A and the organic material, Suppress at 6% v/v with Oroboost (surfactant) and natural oil (Figure 4). Raptor was weak on the weed spectrum present at this site (Figure 5). On the second evaluation date on September 29, there was an increase in the number of weeds in some of the treatments due to recovery of treated plants (Table 2). However, there was a decline in the number of weeds in the Rely treatments, as this material, which is a slower acting material (Figure 6).

Summary: This trial showed that the standard material, Shark provided excellent control of lettuce plants and weeds. Sharpen, Suppress at 6% mixed with Oroboost and organic oil and Rely also provided good control of weeds under the conditions at this site. Rely took 5-6 days to fully kill the weeds, while all other materials provided excellent control by the first evaluation date 4 days after treatment. Raptor, although it was shown to be much safer on lettuce than any of the other materials, was weak on the weeds at this site. 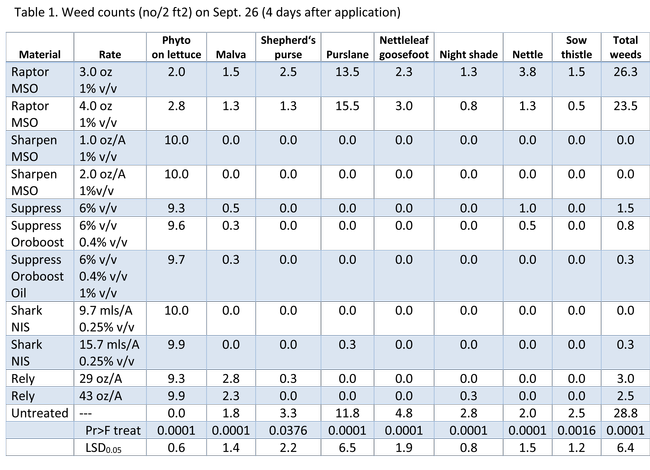 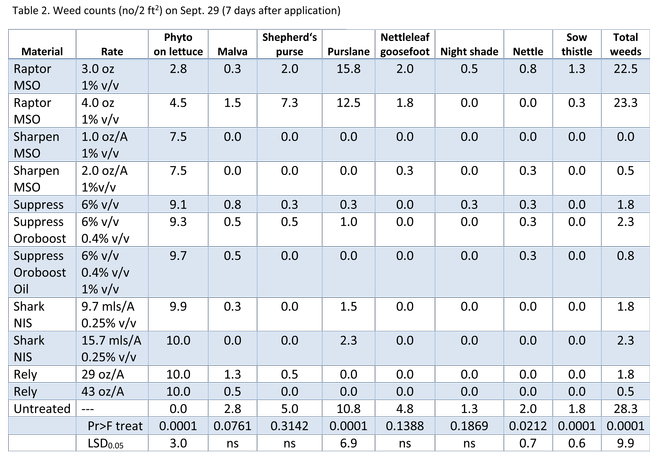 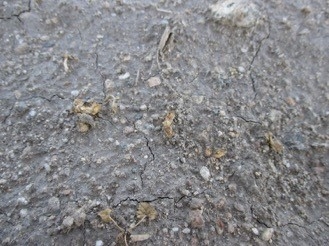 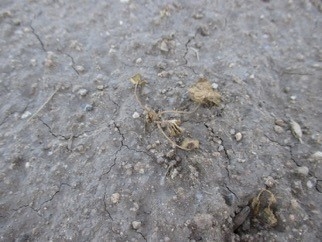 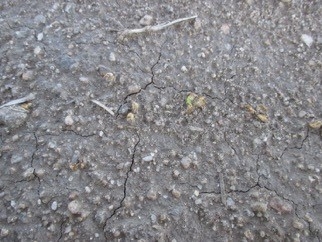 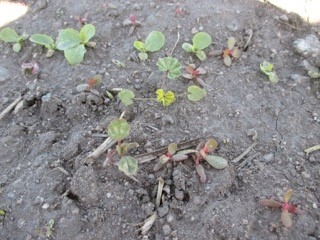 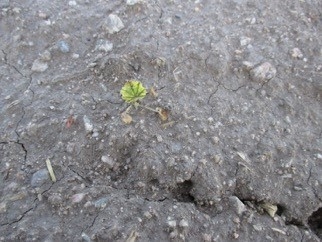