Entomology & Nematology News
sitenum=270
UC News about Entomology and Nematology.
A Cuckoo Wasp Like No Other
Published on: February 28, 2018 Lynn Kimsey
DAVIS--If a camel is a horse designed by a committee, then what about this odd cuckoo wasp?

Lynn Kimsey, director of the Bohart Museum of Entomology and professor of entomology at the University of California, Davis, has just published a journal article about a rare cuckoo wasp that should shake a few heads.

“The genus, Rhadinoscelidia, is a very weird chrysidid--kind of if you wanted to create something too weird to be real,” she said.

“They have weird, long, skinny hinged necks, long skinny legs, and the wing bases are covered by a structure that looks like a large hub cap,” Kimsey said. “Also, unlike most other chrysidid cuckoo wasps--which are lovely metallic blues and greens--they are flat brown. We have no idea how they make a living.”

“Unlike other cuckoo wasps that lay their eggs in the nests of bees and wasps killing the unsuspecting hosts, these wasps may very well be parasites of walking stick eggs, like other members of their group,” Kimsey said.

The paper, Morphology and Review of the Odd Genus Rhadinoscelidia Kimsey, 1988 (Hymenoptera, Chrysididae, Loboscelidiinae) is published in current edition of the Journal of Hymenoptera Research.

Kimsey, an expert on wasps and the co-author of “Chrysidid Wasps of the World” (Oxford University Press) with entomologist Richard Bohart (1913-2007) reviewed the small chrysidid genus, Rhadinoscelidia Kimsey, 1988, which is “rarely collected and is the most oddly modified of the chrysidid wasps.”

In the journal article, the professor described the new species, Rh.chaesonensis sp., and documented “peculiar deformations of the head” in one species, Rh. malaysiae Kimsey, 1988, from Thailand.

Rhadinoscelidia is one of two genera in the subfamily Loboscelidiinae, characterized by antennae that appear to be inserted horizontally on a shelf-like structure in the mid-face, Kimsey said.

But Rhadinoscelidia is even more unusual. Kimsey said the specimens from Thailand showed “marked and inconsistent asymmetry of the head.”

“The reason for this asymmetry is not clear,” she wrote. “However, it may affect the value of species distinctions based on facial dimensions, facial sculpturing, presence or absence of carinae (elevated ridge), and the shape and position of emarginations or projections on the back of the head.”

This study was made possible by the efforts of Michael Sharkey's Thailand Inventory Group for Entomological Research (TIGER) Project and the collaboration of Zai-fu Xu of South China Agricultural University; Doug Yanega of UC Riverside; and David Wahl, American Entomological Institute.

Kimsey, who administers the Bohart Museum of Entomology, which houses some eight million insect specimens, is a recognized global authority on the systematics, biogeography and biology of the wasp families, Tiphiidae and Chrysididae. A past president of the International Society of Hymenopterists and a member of the UC Davis faculty since 1989, she has authored more than 116 publications, and described more than 270 new species.

Kimsey's areas of expertise also include insect include insect biodiversity, urban entomology, civil forensic entomology, and arthropod-related industrial hygiene. She shares her knowledge of insects by consulting with international, national and state agencies. She also identifies thousands of insects every year for scientific collaborators, public agencies and the general public; and annually answers scores of questions about insects from the news media and public.

Kimsey received her undergraduate degree (1975) and doctorate (1979) in entomology from UC Davis, studying with major professor Richard Bohart, for whom the UC Davis insect museum is named. 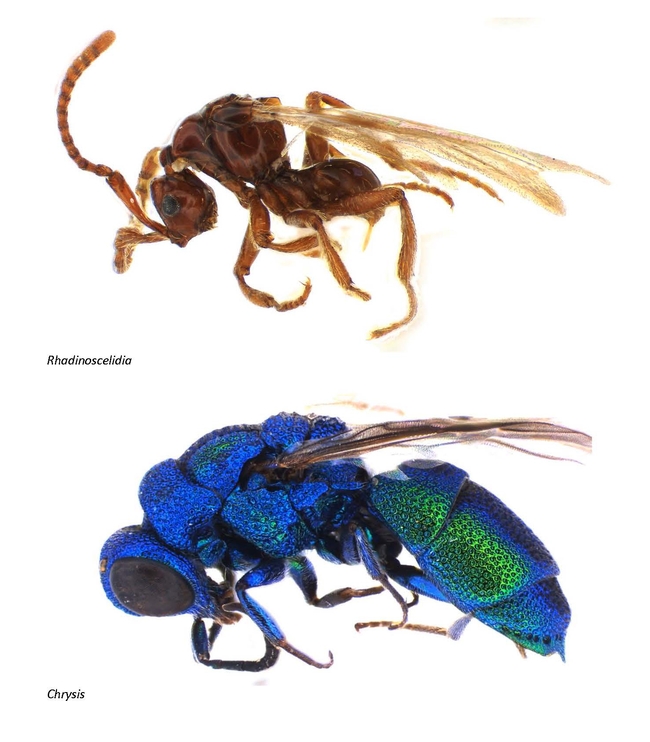 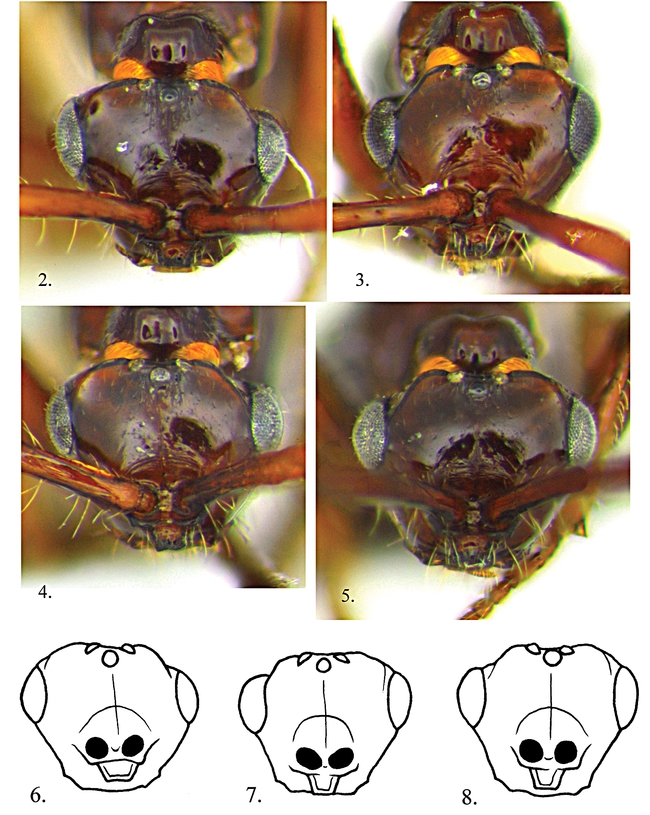 Heads of Rhadinoscelidia malaysiae species. "One of the most unusual things about these wasps is the weird head deformities," says Lynn Kimsey. "I’ve never seen it in any other wasps or bees that I’ve studied."
Focus Areas:
Focus Area Tags: Environment, Innovation, Natural Resources
Tags: cuckoo wasp (2), Journal of Hymenoptera Research (1), Lynn Kimsey (97), Rhadinoscelidia (1)
Comments: 0
No Comments Posted.
Login to leave a comment.