Frank Zalom as a graduate student at UC Davis. He received his doctorate in entomology in 1978 and joined the UC Davis faculty in 1980. They go together like superman (Clark Kent) and supervillian (Lex Luthor). Or like Coccinellidae (lady beetles) and Aphididae (aphids).

Over the last four decades, he has honed an incredible career. Absolutely incredible. Frank Zalom is a past president of the 7000-member Entomological Society of America.
Officials praised Zalom for his outstanding leadership and public service at the regional, state, national and international levels; his stellar academic accomplishments in agricultural sustainability and IPM; his strong work ethic, service, courage and integrity, all driven by “his insatiable curiosity and passion to solve problems in the agricultural landscape”; and his tireless advocacy for IPM as THE way to address pest concerns in a sustainable, economical and environmentally acceptable manner.

In addition, Zalom and fellow members of the UC European Grapevine Moth Team will receive an award of excellence for contributing to eradication of the pest in 2016--only six years after its discovery in California vineyards.

The only other lifetime achievement award recipient this year also has a UC connection: Peter Goodell, UC IPM advisor emeritus, affiliated with the Kearney Agricultural Research and Extension Center. And a longtime friend and colleague of Frank Zalom.

Among his many accomplishments:

Now it's off to Baltimore to receive a well-deserved honor. Congratulations, Frank Zalom, champion of IPM! 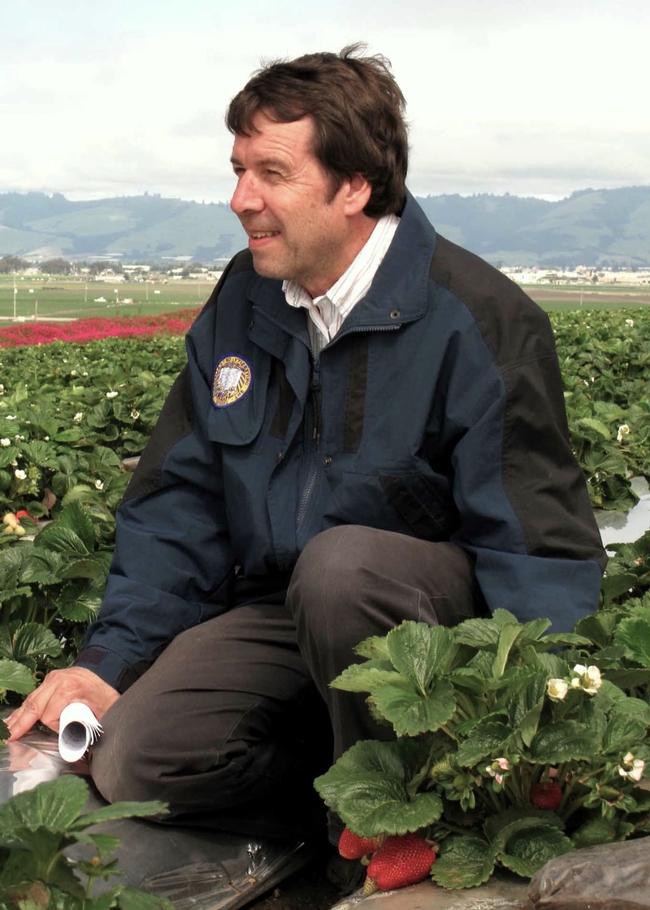