I recently attended a Santa Ana River - Orange County Weed Management Area (SAROCWMA) meeting and there was the opportunity for participants to update the group about new invasive plants as well as give an update on management of these and others. During the discussion, Ron Vanderhoff from the Orange County Native Plant Society (OC-CNPS), reported on new findings of a plant I never heard of. In fact, when they group was talking about it, I wasn't sure if I heard the name right.

The plant is called stinknet (Oncosiphon piluliferum), which to me sounds like a game played by 10 year olds. However, the OC-CNPS considers it an emerging invasive weed (http://www.occnps.org/PDF/HYS-Oncosiphon-piluliferum.pdf). On the California Invasive Plant Council's weedmapper, it was first reported in the Orange Co. in 2003 but was in San Diego Co. as early as 1998 and Riverside Co. in 1981. According to the USDA-NRCS plants database, it has a limited distribution in the U.S., being found only in Orange, Riverside, and San Diego Counties in California and Maricopa, Pinal, and Yavapai Counties in Arizona. However, Cal-Flora has unconfirmed sightings of it in San Bernardino, Imperial, and Kern Counties.

Stinknet  or globe chamomile is a relatively small annual plant that could easily be confused with the turf and landscape weed pineappleweed http://ipm.ucanr.edu/PMG/WEEDS/pineapple_weed.html until you smell it. Pineappleweed flowers have a pleasant sweet smell while, as you may guess from the name, stinknet has the opposite odor. It is most noticeable when flowering (March to July in S. California) so now is a good time to spot it.

All photos by and courtesy of Ron Vanderhoff

Although it is not listed as noxious weed, land managers should still be on the lookout for it especially in along the coast and inland. It can be particularly damaging to in coastal sage scrub where because of its tendency to fill in open spaces, it can reduce growth of other native annuals and impact animals that depend on the openings in these areas. 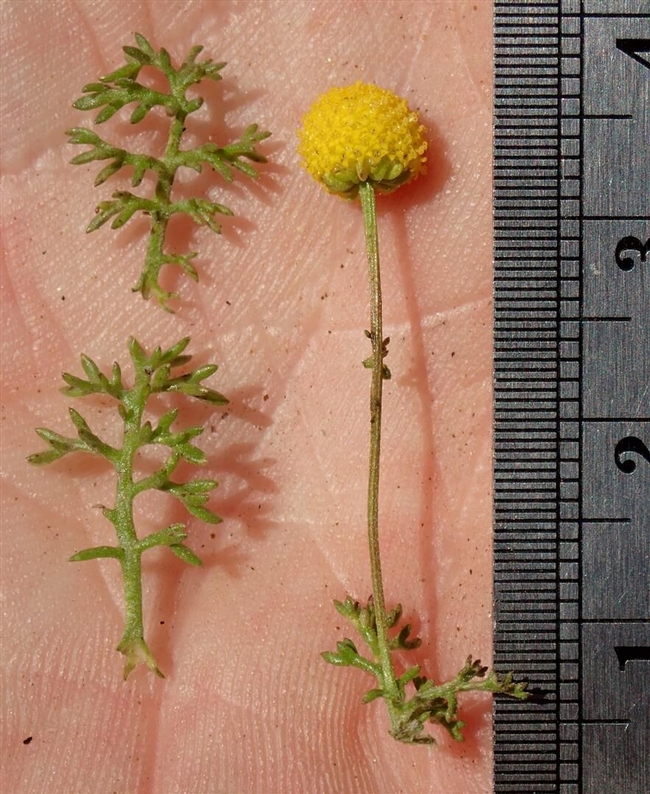 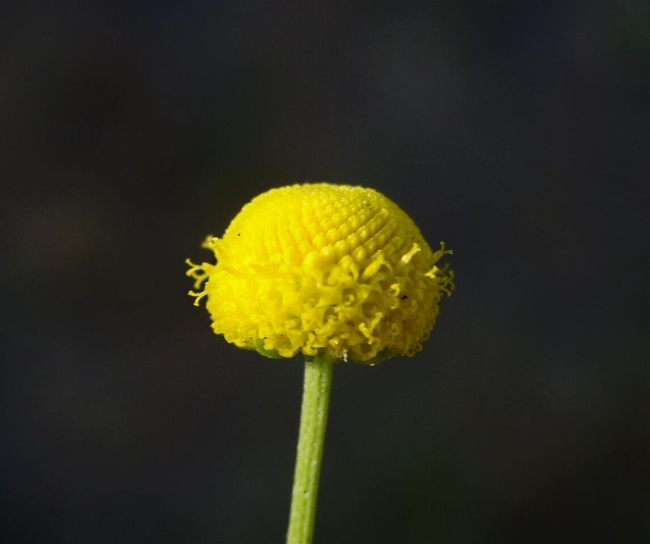 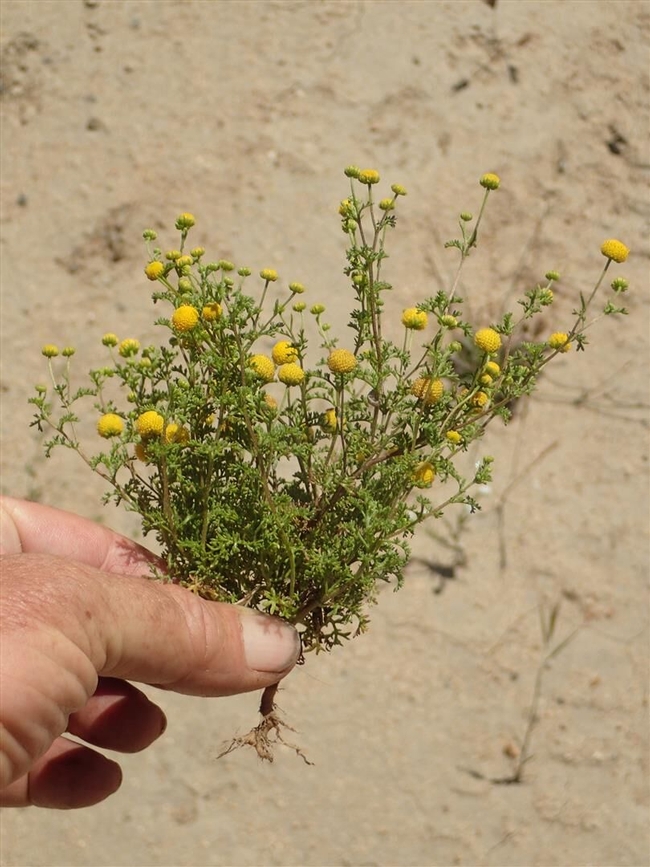 It is where the three monuments are placed.
by Cheryl Wilen
on June 13, 2019 at 4:30 PM
Thanks Robert. I relayed your data to the person who deals more closely with invasive plants in San Diego County.
by Dale Daniels
on March 23, 2020 at 9:47 PM
Lots of stinkweed along the New River road between I -70 and AZ Hwy 74 beginning in early March 2020.
by Robert R Beck
on April 23, 2020 at 3:22 PM
Dale is spot on as the weed is taking over the desert ground on the north side of Phoenix. There are numerous state sections that are covered in this toxic weed. I read it was not in the US until the 1980s and comes from South Africa. Unless you spray it in it's early stages with a Roundup-like (Glysophate) product it's tough to kill with the products typically used here for week control. Bigger plants can be pulled but it would be nice to get some moisture to help in that regard. I have not tried Triclopyr 4 but will. For sure I will be spraying with the pre-imergent like Pendulum to discourage its germination.
Login to leave a comment.