He succeeds John Trumble, distinguished professor of entomology at UC Riverside, who announced last year he would be leaving his 20-year post as editor-in-chief in 2018.

Following an intensive search, ESA announced this week that Frank Zalom, a past president of the 7000-member ESA-- and highly skilled in basic biology and applied entomology--will fill that position. He will serve a five-year term. The journal publishes research on the economic significance of insects. It includes sections on apiculture and social insects, insecticides, biological control, household and structural insects, crop protection, forest entomology, and other topics.

Zalom's 40-year career intersects entomological research, teaching, and application. He served 16 years as director of the University of California Statewide Integrated Pest Management Program (UC IPM), considered the gold standard of IPM programs. He is the only entomologist in the UC system to receive a simultaneous appointment in teaching, research, and extension. Zalom focuses his research on IPM of agricultural crops.

The UC Davis entomologist's career is closely connected with ESA. He's a 43-year member. He served as president in 2014. He's also a past president of the Entomological Foundation (2015) and continues to serve as a member of the Entomological Foundation board of directors and ESA's Science Policy Committee. More  regionally, he served as president of the Pacific Branch of ESA (PBESA) and received the coveted C. W.Woodworth Award, the organization's highest honor.

"I couldn't be more pleased to be selected the next editor-in-chief of the Journal of Economic Entomology," Zalom said. "I have spent the last 40 years of my career trying to solve economically important problems caused by arthropods using an IPM approach, and this journal, as well as ESA's other journals, have always served as a primary foundation and outlet for research conducted in my lab. As I approach the end of my career, I hope to be able to dedicate my efforts to enhancing our Society's influence on science and its application to addressing some of the most important entomological challenges that affect communities worldwide. JEE is uniquely positioned to do exactly that."

Zalom, who received his doctorate in entomology from UC Davis in 1978, holds two degrees in zoology and ecology from Arizona State University (bachelor of science, 1973, and master's degree, 1974). He joined the UC system in 1980, serving in roles ranging from extension IPM coordinator to professor to vice chair of the department to advisor of the UC Davis International Agricultural Development Graduate Group. He has authored more than 335 journal articles and book chapters. including "Food, Crop Pests, and the Environment" published by APS Press.  His career includes serving as major professor for 12 Ph.D students and seven master's degree students.

In March of this year, Zalom received a lifetime achievement award, presented at the 9th International IPM Symposium in Baltimore, where officials noted that Frank Zalom's beliefs for IPM are four-fold: Journal of Economic Entomology is the largest and most cited of ESA's family of scientific journals. This cover photo shows a honey bee heading toward a tower of jewels, Echium wildpretii. This image is the work of UC Davis staffer Kathy Keatley Garvey.
He was introduced at the International IPM Symposium as a dedicated entomologist who "advances the science and implementation of IPM to reduce the impact of pests and pest control on agriculture and the environment." This is critical in California. "California agriculture is a $42.6 billion industry that generates at least $100 billion in related economic industry," according to the California Department of Food and Agriculture, and California grows more than a third of the country's vegetables and two-thirds of the nation's fruits and nuts.

It was also pointed out at the symposium that "Frank has pursued these goals through a combination of fundamental studies related to pest biology, physiology, and community ecology; problem-focused, hypothesis-driven management research; and community-oriented extension efforts. His research focuses on exploiting weaknesses in the biology of a pest species and its niche in the agroecosystem or the broader landscape. He builds multidisciplinary research and outreach teams to pursue innovative ideas needed to solve major IPM challenges. His lab's research has addressed seventeen invasive species introductions: among them southern green stink bug, silverleaf whitefly, glassy-winged sharpshooter, olive fly, invasive salt cedar, light brown apple moth, spotted wing drosophila, and most recently European grape vine moth, brown marmorated stink bug and Bagrada bug." (See more about his career on UC Davis Department of Entomology and Nematology website.)

Zalom is a fellow of the California Academy of Sciences, the American Association for the Advancement of Science, the Royal Entomological Society, and ESA.  Among his numerous honors: a Fulbright Senior Research Scholarship (1992-93), the ESA Achievement Award in Extension (1992), the ESA Recognition Award (2002), the James H. Meyer Award from UC Davis for teaching, research and service (2004), the Entomological Foundation IPM Team Award (2008), the Entomological Foundation Excellence in IPM Award (2010), Outstanding Mentor Award from the UC Davis Consortium for Women and Research (2013).

The ESA, founded in 1889 and headquartered in Annapolis, Md., is the world's largest organization serving the professional and scientific needs of entomologists and people in related disciplines. 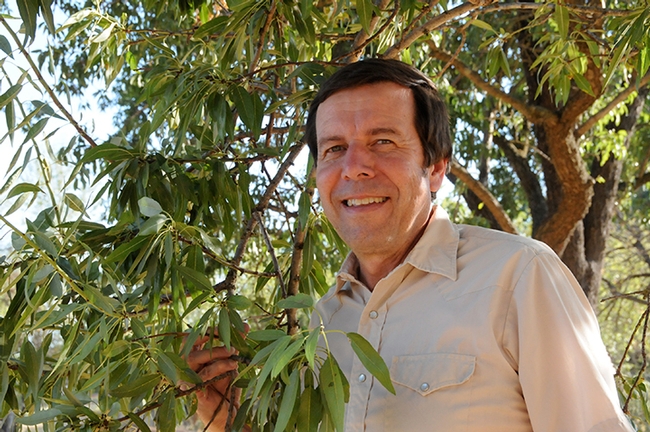