It may be widely understood that most aquatic and wetland weeds are spread by water currents, but the patchwork of colonizing exotic plants can be puzzling. Why do weeds establish in some places but not others? Generally, the number of propagules (seeds or plant fragments) moving in a watershed is assumed to increase downstream. This assumption influences management decisions, such as prioritizing management efforts between upstream and downstream areas of a river to reduce reinvasion.

Uruguay waterprimrose (Ludwigia hexapetala) is an emergent aquatic weed from South America which has invaded many riverine wetland ecosystems in the western US and Europe. This is a clonal plant which can reproduce asexually via shoot fragments that break off from a mother plant, and these buoyant fragments are readily transported in flowing rivers.

Dr. Brenda Grewell and her team (USDA-ARS Invasive Species and Pollinator Health Research Unit, Davis, CA) studied the colonization patterns of Uruguay waterprimrose in the Russian River watershed of California. They investigated the morphology of shoot fragments and their movement, capturing fragments during repeated summer surveys at five locations in the river. The number of fragments captured was highly variable within any given year, indicating that disturbance events (e.g., moving debris, boating, pulses of flooding) that break up weed mats are important to the weed's local dispersal. Unexpectedly, the scientists discovered that Uruguay waterprimrose fragments were more common in the middle section of the Russian River rather than the lower or upper river reaches. Captured fragments in the middle river were twice the length of fragments captured in the lower river and had many more stem nodes, which ensures greater establishment success. The researchers suggest that reducing disturbance is an important component of management efforts. Reducing dispersal thus requires outreach to recreationists (e.g. kayakers, swimmers, fishermen). Control efforts timed before the summer, when recreational activities peak, is expected to help limit fragmentation and spread.

The paper describing this study was published in Wetlands Ecology and Management. 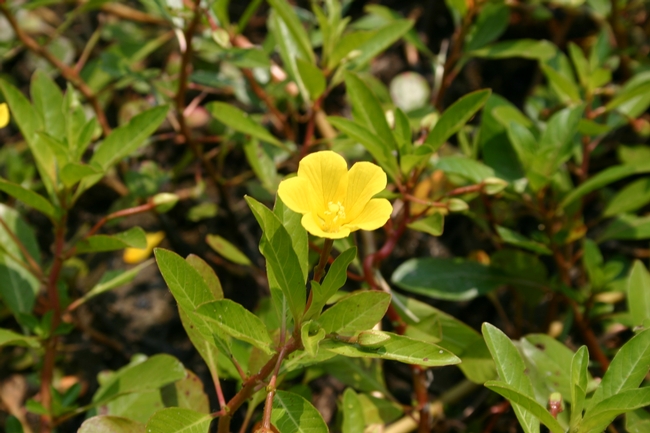