A tattered and torn monarch--a male (as identified by Art Shapiro, distinguished professor of evolution and ecology at UC Davis) fluttered into the Kate Frey Pollinator Garden at Sonoma Cornerstone last Sunday and landed on a salvia.

He didn't move for about five minutes. Tattered, torn and tired.

His wings looked like a predator--maybe a bird or a praying mantis--tried to nab him. They did not succeed.

Usually we see monarchs around this time of year in our pollinator garden in Vacaville. The milkweed, butterfly bush and Mexican sunflowers are waiting.

Last year we saw one laying an egg on Aug. 1 on our milkweed.

We remember the recent report by Xerces Society for Invertebrate Conservation that indicated the 2017 Thanksgiving Count at the monarch overwintering sites in California has decreased dramatically:

"The Xerces Society's Western Monarch Thanksgiving Count provides a long-running record of the number of monarchs overwintering in California—including the steep decline of recent decades. Volunteers and biologists who take part in the Thanksgiving Count have been invaluable in monitoring the monarch population each fall for over twenty years. Last year, another count was added with the launch of the New Year's Count—an opportunity to monitor the populations during a later period of the winter. Monarchs are mobile and they move around through the season. Combining the data from the New Year's and Thanksgiving counts allows us to better understand site and rangewide population changes. Monarch numbers at the 115 sites monitored during both of this season's counts decreased by an average of 49% between Thanksgiving and the New Year. This is similar to the change revealed by the previous New Year's Count, which saw a 43% drop at 44 sites." (See text) 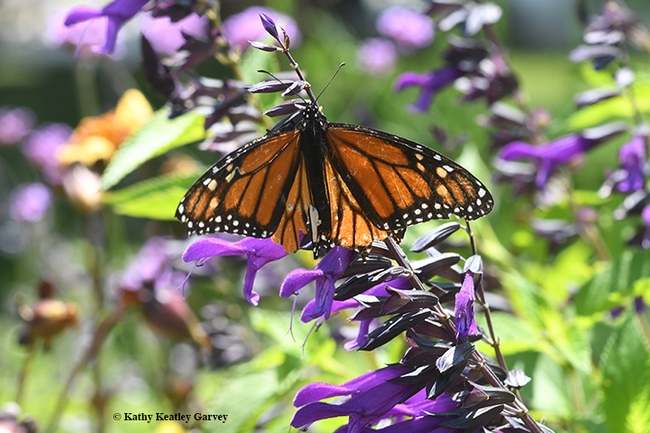 A tattered, torn and tired monarch nectars on a salvia in the Kate Frey Pollinator Garden at Sonoma Cornerstone. (Photo by Kathy Keatley Garvey) 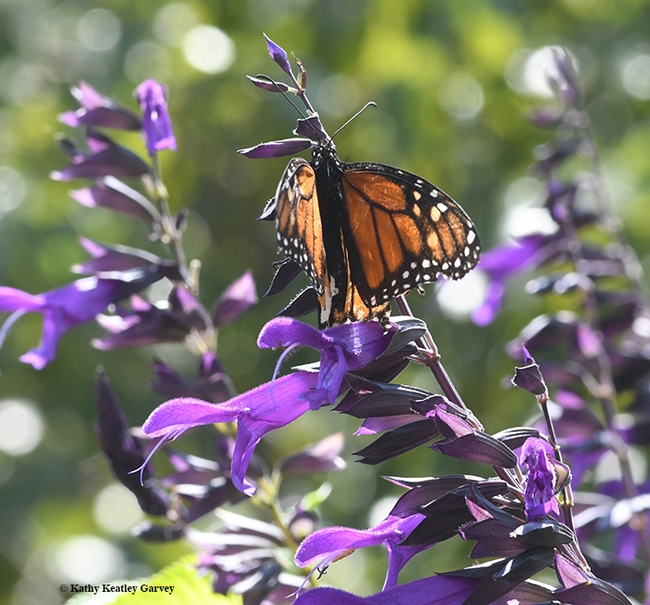 The monarch stretches his wings. (Photo by Kathy Keatley Garvey) 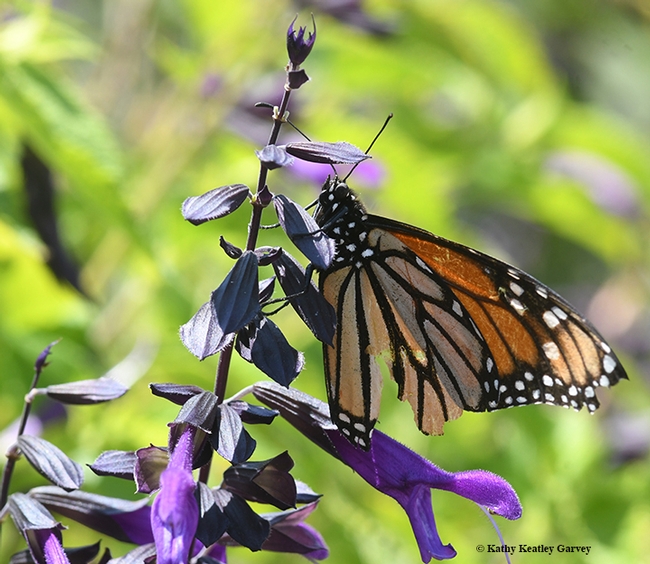