A honey bee gathers nectar on sedum at the Häagen-Dazs Honey Bee Haven. (Photo by Kathy Keatley Garvey)
If you've often wished you could clone yourself to be able to attend two events on the same day at the University of California, Davis, not to worry.

Two open houses on Saturday, Sept. 22 have differing hours so you can attend both!

Both are free and family friendly. This weekend is also "move-in" weekend for UC Davis students, so students, their families and friends will be getting acquainted with the campus--and many may visit the bee garden and the insect museum.

Activities at the garden, located next to the Harry H. Laidlaw Jr. Honey Bee Research Facility, west of the central campus, will include  the popular catch-and-release bee activity; a sale of plants  and bee condos (for leafcutter bees and mason bees), and a display of pollinator images by Allan Jones of Davis, according to Christine Casey, academic program manager.

A six-foot long mosaic and ceramic sculpture of a worker bee, the work of self-described "rock artist" Donna Billick, anchors the garden.  The UC Davis Art/Science Fusion Program, founded and directed by the duo of entomologist/artist Diane Ullman, professor and former chair of the UC Davis Department of Entomology, and Billick, coordinated the art in the garden through their classes.

The garden, planted in the fall of 2009 and directed by Extension apiculturist Elina L. Niño. was founded and "came to life" during the term of interim department chair, Professor Lynn Kimsey, director of the Bohart Museum of Entomology, who coordinated the entire project.  A Sausalito team--landscape architects Donald Sibbett and Ann F. Baker, interpretative planner Jessica Brainard and exhibit designer Chika Kurotaki--winners of an international competition, designed the garden.

The garden is open to the public--no admission--from dawn to dusk. See more information on the haven website. Visitors to the Bohart Museum are invited to do "rock art." (Photo by Kathy Keatley Garvey)
“Crafty Insects,” featuring sneaky or crafty insects and visitors' crafts, will set the theme for the Bohart Museum of Entomology's open house.

Visitors are invited to display insect-themed crafts they've made and/or are "finds."

“Crafty insects can be interpreted in two ways,” Yang commented. ‘Crafty' can be makers such as caddis fly larvae, case bearer moths, and potter wasps. The other crafty interpretation is sneaky, so our live orchid mantid,  the dead leaf butterfly like Kallima inachus will be on display.” Activities are to include “spot the flower fly versus bee activity” and “spot the assassin fly versus bumblebee activity.”

For the family crafts activity, visitors will be painting rocks (think insects!) that can be hidden on campus or elsewhere or taken home. This activity is based on UC Davis Rocks,the brainchild of Kim Pearson and Martha Garrison of the College of Letters and Science.

Bohart associates Jeff Smith, curator of the butterfly and moth exhibit and naturalist-photographer Greg Kareofelas will be on hand to shows the collection. UC Davis student Lohit Garikipati will display some of his praying mantids, including orchids.

The Bohart Museum's regular hours are from 9 a.m. to noon and 1 to 5 p.m. Mondays through Thursdays. It is closed to the public on Fridays, Saturdays and Sundays and on major holidays. Admission is free.  More information on the Bohart Museum is available on the website or by contacting (530) 752-0493 or emailing bmuseum@ucdavis.edu 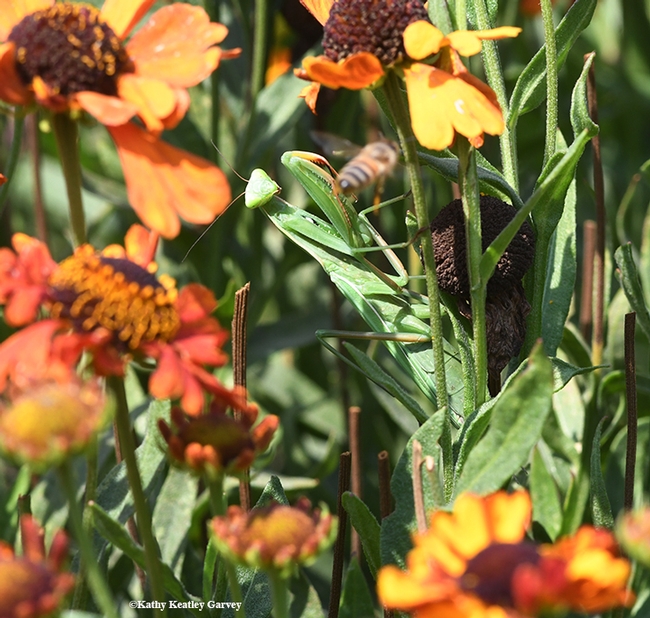 Watch out! A honey bee buzzes into the habitat of a praying mantis. Praying mantids will be exhibited Saturday, Sept. 22 during the Bohart Museum of Entomology open house. UC Davis student Lohit Garikipati will display some of his mantids, including orchids. (Photo by Kathy Keatley Garvey) 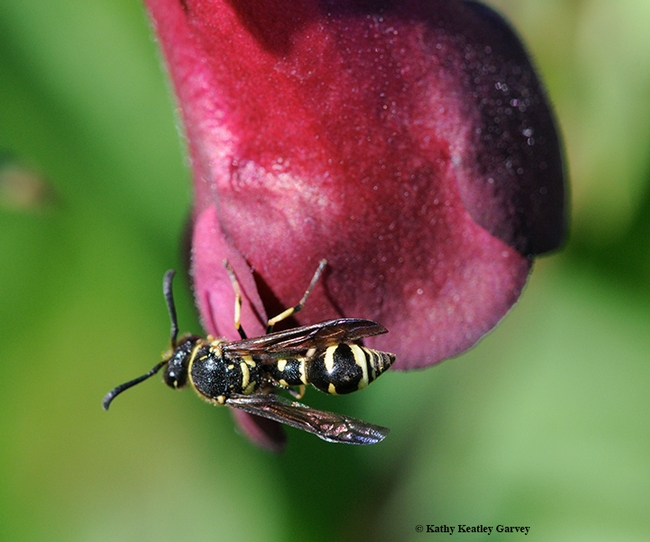 A potter wasp sips some nectar. Potter wasps will be featured at the Bohart Museum of Entomology's "Crafty Insects" open house. Their nests are works of art. (Photo by Kathy Keatley Garvey) 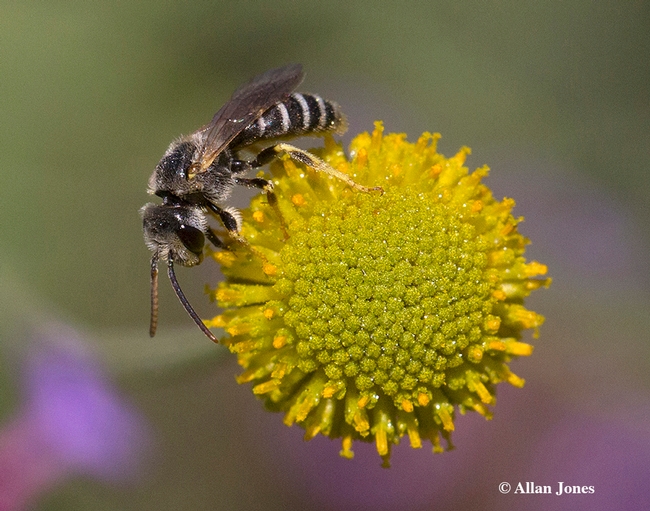