An enzyme inhibitor developed in the UC Davis laboratory of Bruce Hammock and tested in mice by a team of international researchers shows promise that it could lead to a drug to prevent or reduce the disabilities associated with the neurodevelopmental disorders of autism and schizophrenia.

“We discovered that soluble epoxide hydrolase (sEH) plays a key role in inflammation associated with neurodevelopmental disorders. Inhibiting that enzyme stops the inflammation and the development of autism-like and schizophrenia-like symptoms in animal models,” said collaborator Kenji Hashimoto, a professor with the Chiba University Center for Forensic Mental Health, Japan. The scientists found higher levels of sEH in a key region of the brain—the prefrontal cortex of juvenile offspring-- after maternal immune activation (MIA).

“Mothers who have MIA, which results from severe stress in that region of the brain, have an increased occurrence of neurodevelopment disorders in their offspring,” Hashimoto explained. “In our study, the sEH enzyme increased dramatically in a key brain region of mice pups from mothers with MIA.”

The research, published today (March 18) in the Proceedings of the National Academy of Sciences (PNAS), is the work of 14 researchers from Chiba University Center for Forensic Mental Health; the Laboratory for Molecular Psychiatry, RIKEN Center for Brain Science, in Wako, Saitama, Japan; and the Hammock laboratory.

Research in Mice Pups
By inhibiting sEH, the researchers reversed cognitive and social interaction deficiencies in the mice pups. They hypothesize that this is due to increasing natural chemicals, which prevent brain inflammation. In people, this could reduce the disabilities associated with autism, such as anxiety, gastrointestinal disturbances and epilepsy.

“The same chemical and biochemical markers behaved as predicted in human stem cells,” said Hammock, a distinguished professor who holds a joint appointment with the Department of Entomology and Nematology and the UC Davis Comprehensive Cancer Center.

Neuroscientist Lawrence David, professor and chair of the School of Public Health, University of Albany, N.Y., who was not involved in the research, said that the study might lead to “an important therapeutic intervention for neurodevelopment disorders.”

Might Be Important Therapeutic Invervention
“There is increasing evidence that maternal immune activation activities (MIA) during fetal development can lead to aberrant neurobehaviors, including autistic-like activities,” said Lawrence, who studies neuroimmunology and immunotoxicology. The study “suggests that enzymatic control of fatty acid metabolism is implicated in neuroinflammation associated with schizophrenia and autism spectrum disorders. The expression of Ephx2 giving rise to soluble epoxide hydrolase (sEH) influences production of fatty acid metabolites, which elevate inflammation in the experimental model of mice after MIA; the sEH inhibitor TPPU (N-[1-(1-oxopropyl)-4-piperidinyl]-N'-[4-(trifluoromethoxy)phenyl)-urea) was postnatally used to improved behaviors. Analysis of cadaver brains from individuals with ASD also expressed increased sEH. Fatty acid metabolites have been known to affect fetal development, especially that of the brain; therefore, TPPU might be an important therapeutic intervention for neurodevelopmental disorders.”

“There is mounting evidence that inappropriate maternal immune responses during pregnancy to infection contributes elevated risk to autism spectrum disorder, at least in a fraction of cases,” Pessah said. “The most significant findings reported here is that a commonly used mouse model of immune-triggered behavioral deficits mimicking some of the core symptoms in autistic children can be suppressed by inhibiting a novel biochemical target, soluble epoxide hydrolase; a target not previously explored as a target for therapeutic intervention to treat ASDs. These findings provide a rational basis for more detailed and expanded studies in mice carrying mutations implicated in ASDs to determine whether the therapeutic benefits of soluble epoxide hydrolase inhibitor(s) observed in this study are more generalizable.”

Autism in the United States
The Center for Disease Control and Prevention (CDC) estimates that 1 in 68 children in the United States have autism, commonly diagnosed around age 3. It is four times more common in boys than girls. CDC defines autism spectrum disorder as a “developmental disability that can cause significant social, communication and behavioral challenges.” The disorder impairs the ability to communicate and interact.

Approximately 3.5 million people or 1.2 percent of the population in the United States are diagnosed with schizophrenia, one of the leading causes of disability, according to the Schizophrenia and Related Disorders Alliance of America (SARDAA). Scores more go unreported. Approximately three-quarters of persons with schizophrenia develop the illness between 16 and 25 years of age. Statistics also show that between one-third and one half of all homeless adults have schizophrenia, and 50 percent of people diagnosed have received no treatment. Among the symptoms: delusions, hallucinations, disorganized speech, disorganized or catatonic behavior, and obsessive-compulsive disorders, such as hoarding, according to SARDAA.

Promising Prophylactic or Theraputic Target
In their research paper, titled “Key Role of Soluble Epoxide Hydrolase in the Neurodevelopmental Disorders of Offspring After Maternal Immune Activation,” the scientists described sEH as “a promising prophylactic or therapeutic target for neurodevelopmental disorders in offspring after MIA.”

Hashimoto described the international collaboration as “exciting and productive.” This is their third PNAS paper in a series leading to endoplasmic reticulum stress. “We report discovery of a biochemical axis that leads to multiple neurological disorders, including depression, Parkinson's disease, schizophrenia, autism spectrum disorders and similar diseases,” he said.

First Human Trials
William Schmidt, vice president of clinical development at EicOsis, a Davis-based company developing inhibitors to sEH to treat unmet medical needs in humans and companion animals, said the company is devel​oping a first-in-class therapy for neuropathic and inflammatory pain. “EicOsis is in the process of finalizing our first human trials on the inhibitors of the soluble epoxide hydrolase, originally reported from UC Davis,” Schmidt said. “We are targeting the compounds as opioid replacements to treat peripheral neuropathic pain. It is exciting that the same compound series may be used to prevent or treat diseases of the central nervous system.”

Now working solely on research to benefit humankind, Hammock began his career in insect science at UC Berkeley where he investigated how epoxide hydrolase degrades a caterpillar's juvenile hormone. The process leads to metamorphosis from the larval stage to the adult insect. Hammock then wondered "Does the enzyme occur in plants? Does it occur in mammals?"

It does, and particularly as a soluble epoxide hydrolase in mammals.

"Science is full of surprises," said Hammock, who founded EicOsis to help human patients conquer pain without opioids. "We need to remember that the concept, the clinical target, and even the chemical structure, came from asking how caterpillars turn into butterflies." 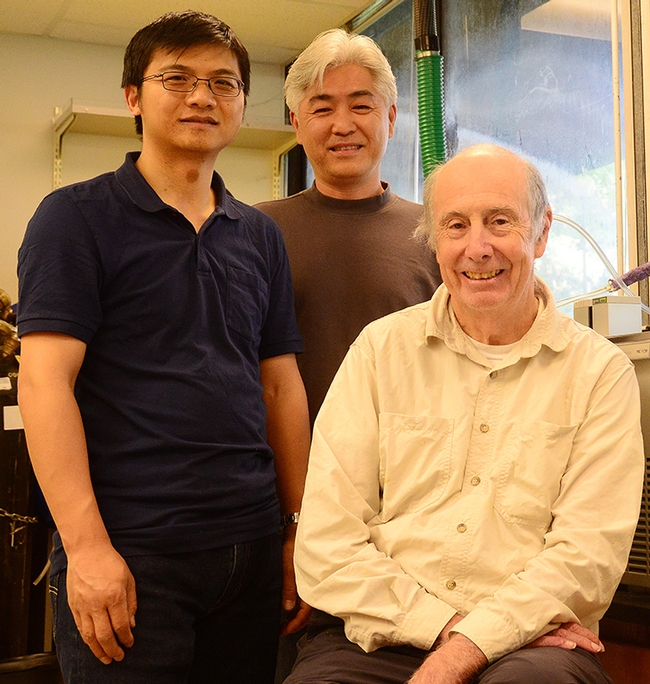 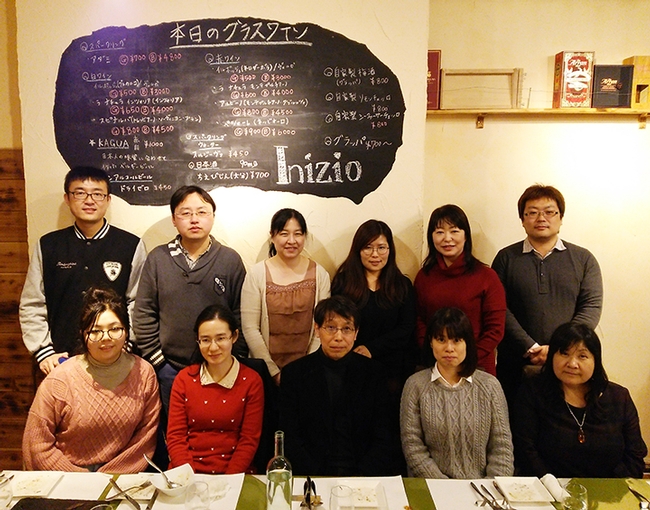