Soil and water management UC ANR Advisor in Fresno County and long-term CASI member, Dan Munk, discussed water trade-offs associated with winter cover cropping at a pubic field day educational event that was held Thursday, March 21st at an almond orchard of Castle Farms, about a mile north of Hwy 59.  Munk is part of a very large team of researchers that includes Daniele Zaccaria, Sloane Rice, Khaled Bali, Samuel Sandoval-Solis, Alyssa DiVincentis, Anna Gomes, and Jeff Mitchell that has been monitoring soil water content in several almond orchards and tomato fields throughout the Valley for the past four years in an effort to come up with an understanding of actual amounts of water that might be lost from cover cropped surfaces relative to bare ground during the winter.  About ten California farmers and orchardists are also involved with the study.  The practice of cover cropping is well known to improve a variety of soil functions such as water infiltration and storage.  It is also a potential means for extending the “green cover” period of vegetation cover over the soil surface for longer periods during the year which could be important as well in terms of storing more water vapor, a very potent greenhouse gas contributor, in the soil and in plant material rather than in the atmosphere.  Munk shared with the audience that had gathered for the field day the goals, monitoring techniques and next data analysis steps that the project is working on.  He also talked about the overall complexity of water relations along the soil-plant-atmosphere continuum (SPAC) during the winter period.  ET (evapotranspiration) demand during the winter is much lower than it is in the summer.  In addition, once the cover crop has reached a sizable amount of growth and covers the soil, it may reduce soil temperatures resulting in lower soil evaporation, and effectively have whatever water that might be lost to evaporation, go rather through the plant as transpiration.  He also talked about how the length that the cover crop is allowed to grow into the spring also has a large impact on overall water use.  The team intends to have a comprehensive summary of the project's findings prepared by early 2020 when several scientific publications will be released.  This work has been supported by CDFA's Specialty Crop Block Grant Program, the Department of Water Resources, and the California Almond Board. 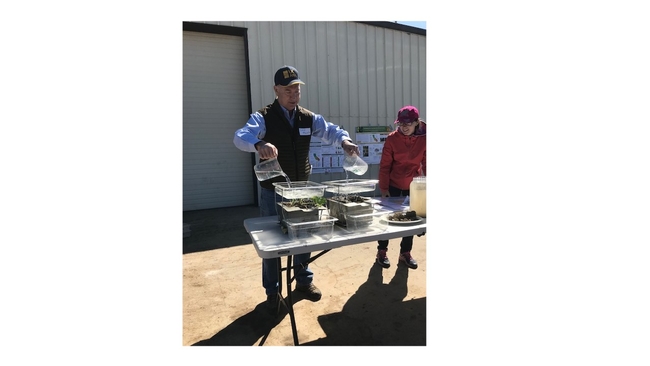 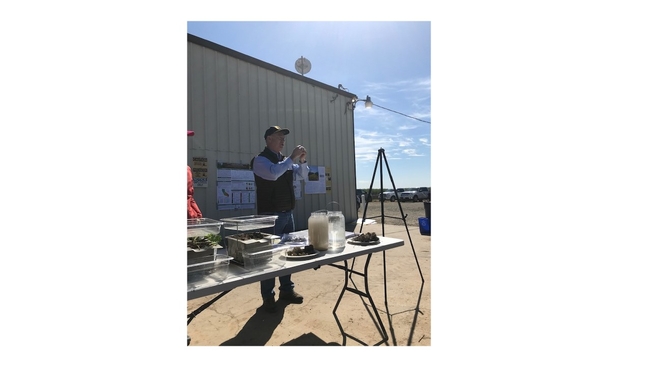 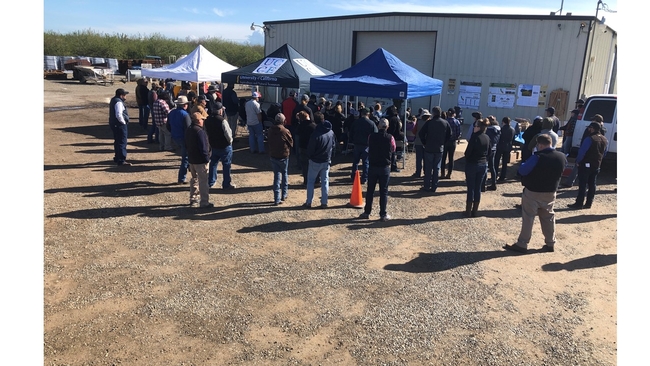