That's the title of a seminar tomorrow (Wednesday, May 29) by Laurence Packer, distinguished research professor in the Department of Biology, York University.

His seminar, hosted by the UC Davis Department of Entomology and Nematology, begins at 4:10 p.m. in 122 Briggs Hall, off Kleiber Hall Drive. A large crowd is expected.

If you're not familiar with the Atacama Desert, it's a desert plateau in Chile. It's basically a strip of land along the Pacific coast, west of the Andes Mountains.

"Evidence suggests that the Atacama may not have had any significant rainfall from 1570 to 1971," according to Wikipedia. "The desert owes its extreme aridity to a constant temperature inversion due to the cool north-flowing Humboldt ocean current, and to the presence of the strong Pacific anticyclone. The most arid region of the Atacama desert is situated between two mountain chains (the Andes and the Chilean Coast Range) of sufficient height to prevent moisture advection from either the Pacific or the Atlantic Oceans, a two-sided rain shadow."

In his abstract, Packer says: "The Atacama desert is the driest desert in the world and one of the oldest. In the extreme north of Chile, there is a disjunction between the winter rainfall area to the southwest and summer rainfall to the northeast. In this presentation I will explore the role of the origin of the Andes, the separation between Atacama and Patagonian deserts and the origin of the winter-summer rainfall disjunction on bee diversification. I will also compare the evolutionary origins of several groups of bees and their adaptations to their preferred genus of floral hosts – Nolana – which is the most speciose genus of plants in this arid environment."

Packer describes himself as a melittologist--"someone whose main academic passion is the study of wild bees. This means someone who studies bees other than the domesticated honey bees.

Laurence Packer is the author of "Keeping the Bees: Why All Bees Are at Risk and What We Can Do to Save Them."
"It's not that I do not like Apis mellifera," he clarifies on his website. "It's just that it is only one out of over 20,000 described bee species. "Few people pay attention to the 20,214 (Discover Life as of Jan. 13, 2017) other bee species, whereas there are whole societies dedicated to the study and culturing of this one. When people find out that I study bees, invariably the next thing they say concerns the honey bee. I will then point out that asking me a question about Apis mellifera is like asking an ornithologist a question about chickens."

If fact, Packer told an ornithologist at an international biodiversity meeting sponsored by the Food and Agriculture Organization of the United Nations: "If all birds dropped dead tomorrow, only chicken farmers and academic ornithologists would be inconvenienced. If all bees died out, there would be worldwide food shortages and perhaps one-quarter of the human population would starve."

In recalling the conversation and the reaction, he quipped: "I'm very good at making myself popular with people."

Seminar host Leslie Saul-Gershenz, associate director of research, Wild Energy Initiative, John Muir Institute of the Environment, UC Davis (she holds a doctorate in entomology from UC Davis) says "Laurence Packer is a master systematist and specialist on halictid, colletid and really most any bee he encounters in his travels around the world. He is a naturalist-explorer of the some of the most extreme arid regions on the planet.  And he is a superb writer on the plight of native bees in the most entertaining way, I think of him as the Oscar Wilde of entomologists." (See news story.)

A noted author, Packer wrote Keeping the Bees: Why All Bees Are at Risk and What We Can Do to Save Them. Packer, who holds a degree in zoology, with honors, from the University of Oxford (1976), received a postgraduate certificate in education in 1977 from the Christ Church College, Canterbury, and a doctorate in 1986 from the University of Toronto. He joined the faculty of York University in 1999. For eight years, he served as one of seven instructors for The Bee Course,  an international workshop sponsored by the American Museum of Natural History's Southwestern Research Station.  (Robbin Thorp, UC Davis distinguished emeritus professor, was also one of the veteran instructors.)

The Wednesday seminar is the second to last one of the spring quarter. Immo Hansen of New Mexico State University will speak on "Toward Implementation of Mosquito Sterile Insect Technique" at 4:10 p.m., Wednesday, June 5 in 122 Briggs. Seminar coordinator is medical entomologist Geoffrey Attardo, assistant professor, UC Davis Department of Entomology and Nematology. He may be reached at at gmattardo@ucdavis.edu. 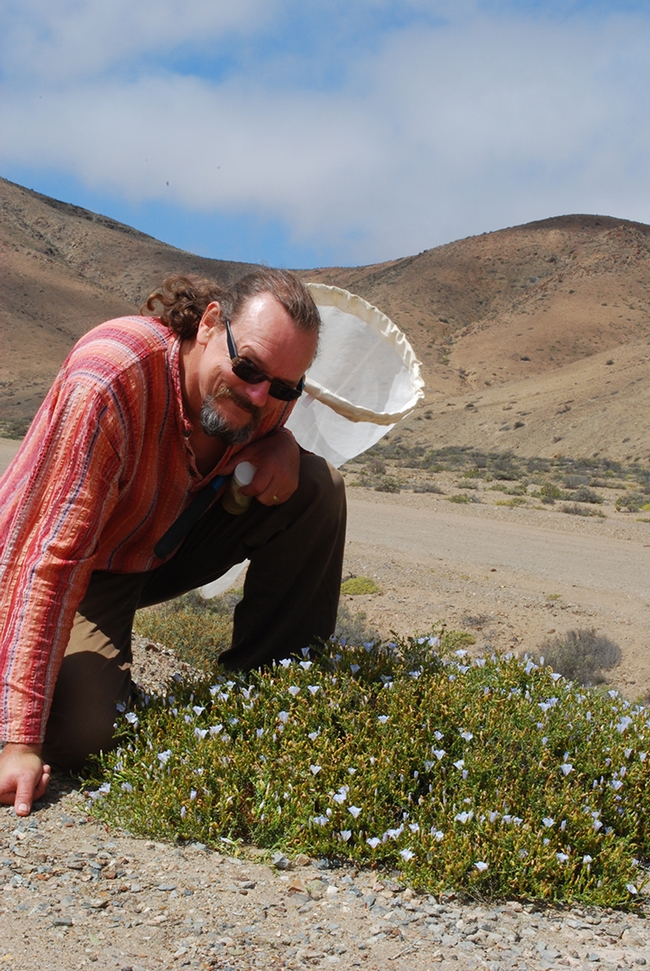