Sometimes there's a method to our madness, or madness to our method.

We spotted a female dive-bombing her host plant, the passionflower vine (Passiflora) in our pollinator garden in Vacaville. She circled, dipped, soared, and dipped again. She flew upside down, and right side up.

We managed to catch her in flight, using a Nikon Z7 mirrorless camera mounted with a 105mm Nikon lens. We set the shutter speed at 1/3200 of a second to freeze the action. Other settings: f-stop of 5.6, and ISO of 250.

Then we focused on the area where we thought she'd be. Look where she's going, not where she's been!

And what a gorgeous butterfly and what a beautiful ballet! Finally, she laid some eggs on the tendrils and leaves and vanished.

Butterfly guru Art Shapiro, distinguished professor of evolution and ecology at the University of California, Davis, says the Gulf Frit was introduced into southern California in the 19th century, and was first recorded in the Bay Area before 1908. Once prevalent in the Sacramento area in the 1960s, it "seems to have died out by the early 1970s."

Then in 2009, the Gulf Frits began making a comeback in the Sacramento area.

This year the sightings are rather slow, but one butterfly ballet--just one--brings back the wonder of it all. 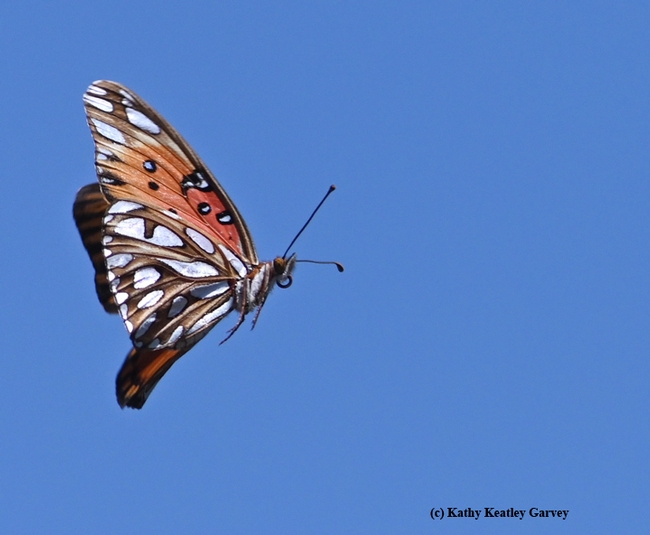 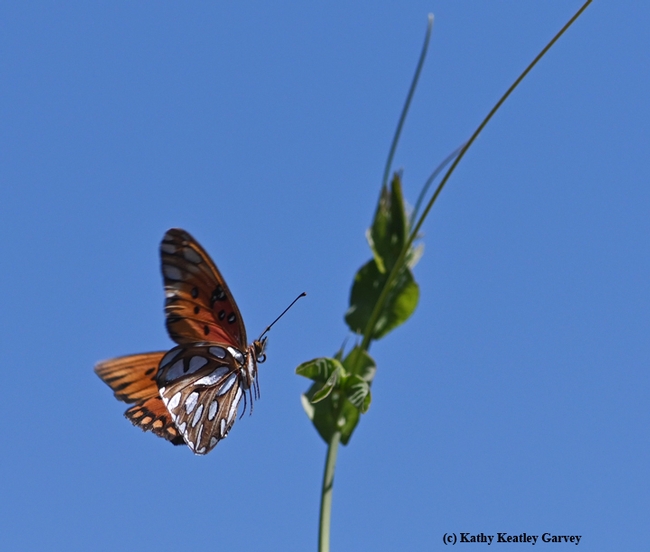 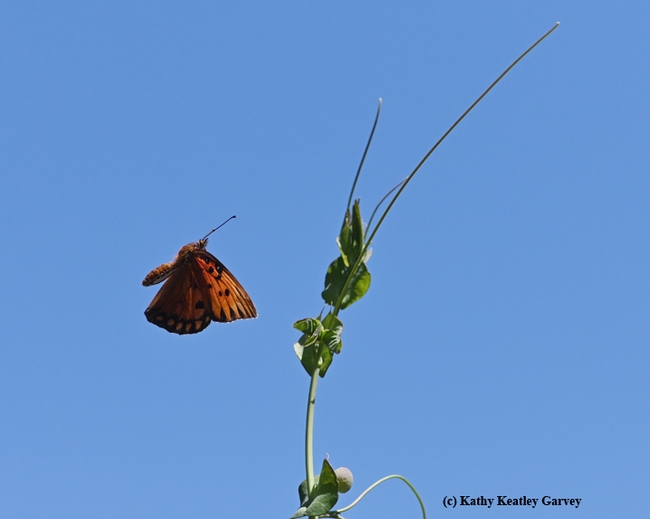 A dip here, a dive there and you have a butterfly ballet (Gulf Fritillary). (Photo by Kathy Keatley Garvey) 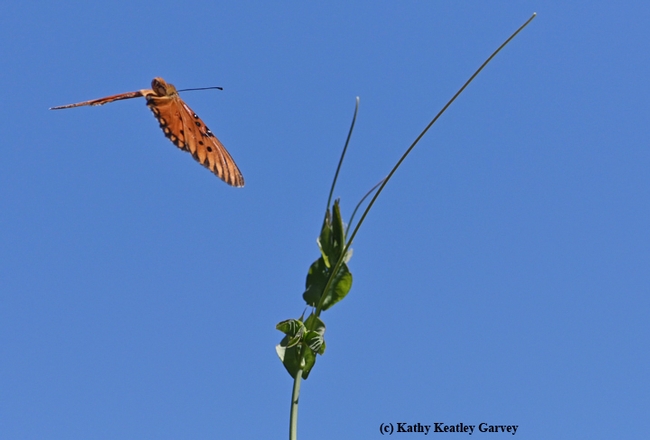 Gulf Fritillary checking out the passionflower vine (Passiflora). She then laid her eggs on the tendrils and leaves. (Photo by Kathy Keatley Garvey) 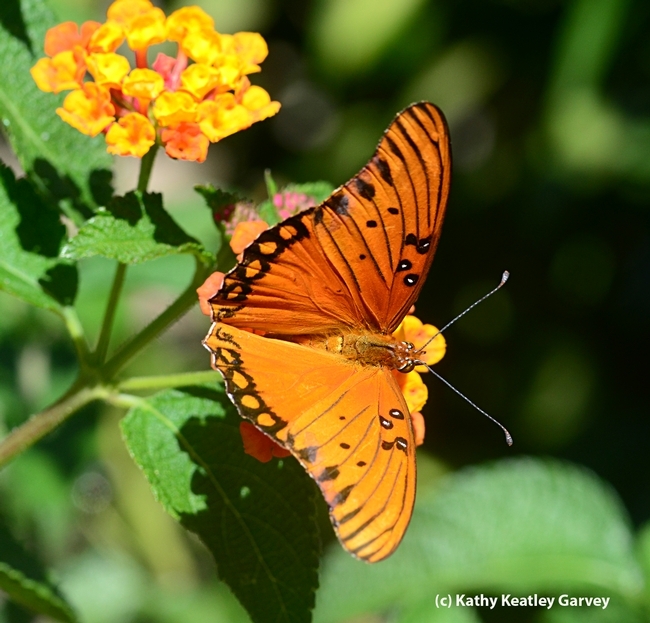