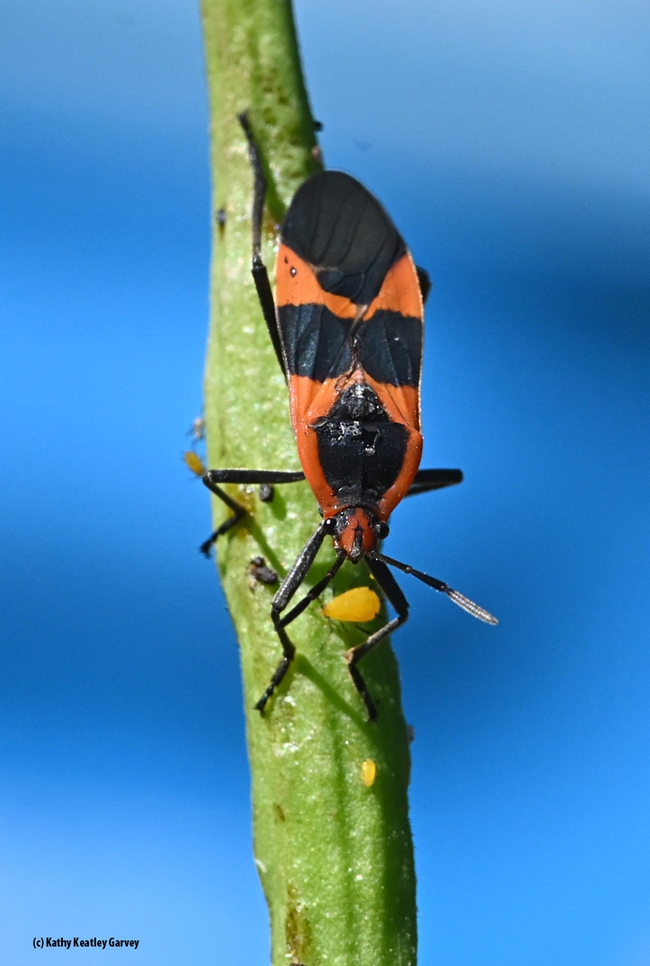 Yes, milkweed bugs feed on oleander aphids. This is a large milkweed bug (Oncopeltus fasciatus) with an aphid. (Photo by Kathy Keatley Garvey)
Focus Areas:
Focus Area Tags: Agriculture, Economic Development, Environment, Innovation, Natural Resources, Pest Management, Yard & Garden
Tags: aphids (44), Hugh Dingle (17), lady beetles (43), ladybugs (46), milkweed bugs (2), oleander aphids (7), Oncopeltus fasciatus (1), UC Davis Department of Entomology and Nematology (504)
Comments: 2
Comments:
by Susan Marquardt
on July 13, 2021 at 1:43 PM
Are there bugs I can purchase to eat the aphids on my milkweed?
by Marjorie B Milne
on August 4, 2021 at 8:35 AM
Thank you for the info on milkweed bugs.
Leave a Reply: