Syrphid flies, aka hover flies or flower flies (family Syrphidae),  are especially grand in a Calandrinia grandiflora, aka rock purslane.

Often mistaken for honey bees, these insects hover over flowers, wings spinning like helicopters, and then dart inside a blossom to feed on pollen and nectar.

We spotted a brightly colored syrphid on a rock purslane in our garden last Sunday. It appeared in no hurry to leave its host.

Is it true that this colorful fly is in the same order (Diptera) as the common housefly? It is.

Hover flies are found everywhere in the world except Antarctica. For a look at some of the species, check out BugGuide.Net. The site contributors are self-described naturalists "who enjoy learning about and sharing our observations of insects, spiders, and other related creatures."

Another great source is entomologist Robert Bugg's 25-page booklet, "Flower Flies (Syrphidae) and Other Biological Control Agents for Aphids in Vegetable Crops," published in May 2008 by the University of California, Division of Agriculture and Natural Resources (UC ANR). You can download it for free by accessing this page. 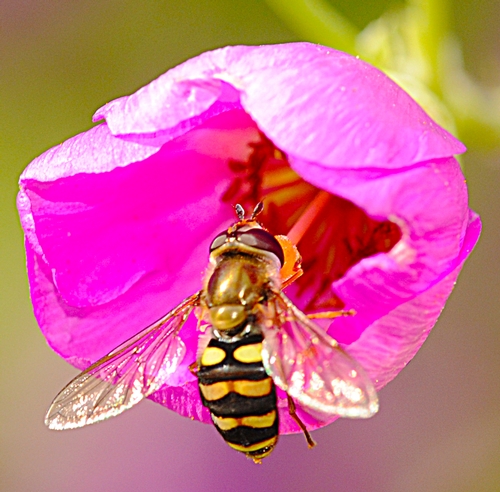 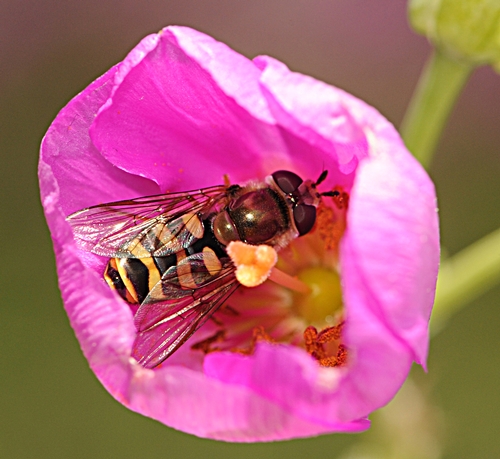 Sipping Nectar
SIPPING NECTAR, this syrphid fly is in no hurry to leave the rock purslane blossom. (Photo by Kathy Keatley Garvey) 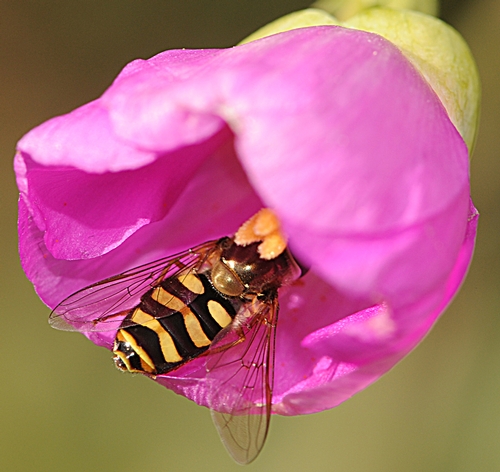 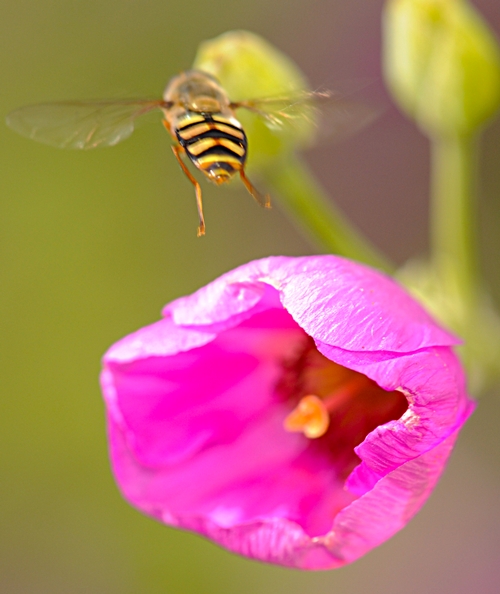