peterbilllingsley
It's exciting work, and he'll be at UC Davis to tell us about it.

Host is Shirley Luckhart, associate professor of medical microbiology and immunology, who studies the malaria mosquito, Anopheles gambiae. Luckhart's many roles include serving as a graduate student advisor in the Department of Entomology.

Sanaria? It's a self-described "biotechnology company dedicated to the production of a vaccine protective against malaria caused by the pathogen Plasmodium falciparum."

Billingsley has more than 20 years experience in medical entomology and malaria transmission research. He directed research teams at Imperial College, London, and the University of Aberdeen, Scotland, examining diverse aspects of insect biology related to disease transmission, especially midgut and salivary gland biology, and more recently the molecular physiology of aging in mosquitoes.

Billinglsey, who earned his doctorate at Queen’s University in Canada, is a former head (chair) of zoology in the School of Biological Sciences,  Aberdeen University.

Since 2006, he has devoted his broad expertise to the unique challenges of developing and deploying a live attenuated Plasmodium falciparum sporozoite vaccine at Sanaria Inc.

Billingsley's talk is generating a lot of interest, as well it should.

According to the Centers for Disease Control and Prevention (CDC), malaria kills more than a million people a year: "In 2008, an estimated 190 - 311 million cases of malaria occurred worldwide and 708,000 - 1,003,000 people died, most of them young children in sub-Saharan Africa." 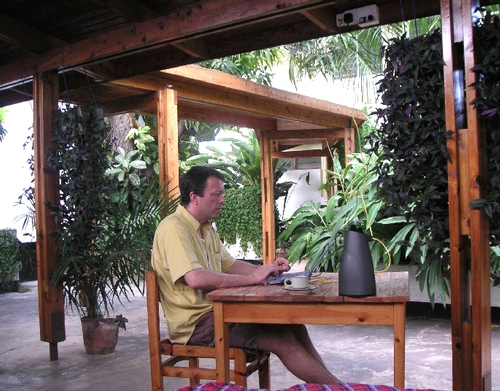