Those malaria mosquitoes may have met their match--with researchers at the University of California, Davis.

Horton studies with major professor Shirley Luckhart, professor in the Department of Medical Microbiology and Immunology and researches how the immune system of the malaria mosquito, Anopheles gambiae, affects the transmission of the Plasmodium parasite, the causative agent of malaria.

Malaria kills more than a million people a year, primarily in Africa.

“Ashley’s work that was recently published in Malaria Journal, together with our co-authors and collaborators Dr. Yoosook Lee and Dr. Gregory Lanzaro, is the first to identify mutations in immune signaling genes that exhibit associations with natural infection with Plasmodium falciparum in field-collected Anopheles gambiae mosquitoes in Mali," Luckhart said. "Plasmodium falciparum is the most important human malaria parasite in Africa and this work is necessary as a foundation to assess whether genetic control measures to block transmission of this parasite will be possible in malaria-endemic countries.”

Horton, who received her bachelor's degree in public health studies at The Johns Hopkins University, Baltimore, joined the UC Davis Entomology Graduate Program in 2005. In 2008 she received a William Hazeltine Student Research Fellowship, an award in memory of a noted California entomologist.

The Palm scholarship supplements her fellowship support from a National Institutes of Health T32 training grant that is managed by director Lanzaro and associate director Luckhart.

Arthur Palm, an alumnus of UC Davis, received his bachelor's degree in agricultural economics in 1939. He and his wife established the endowed fund to support undergraduate and graduate students.

The Palm family and others who fund scholarships not only support our university students; they support public health issues.

They, too, are tackling malaria. 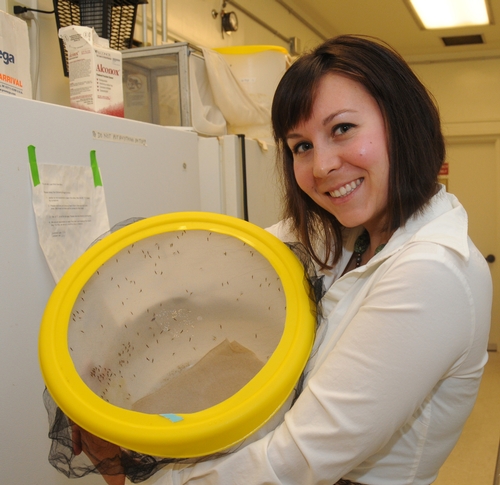 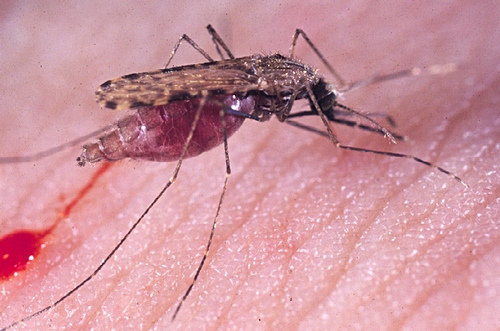