“If you were an aphid on a head of lettuce, a hoverfly larva would be a nightmare. They are voracious eaters of aphids. One larva per plant will control the aphids.”

Headlined "Farmers Find Organic Arsenal to Wage Wars on Pests," the news story drew attention to why natural enemies are "key to the organic approach."

Brennan is based in Salinas Valley, known as "The Salad Bowl of America." It's reportedly where 80 percent of Americans get their greens.

And it's where the lettuce aphid gets its lettuce.

To help resolve the problem, organic farmers are planting alyssum in their lettuce beds. Hover flies "live in the alyssum and need a source of aphids to feed their young, so they lay their eggs in the lettuce," Robbins wrote. "When they hatch, the larvae start preying on the aphids."

Could be that the "salad days" are over for the aphids--thanks to Brennan, alyssum and hover flies. 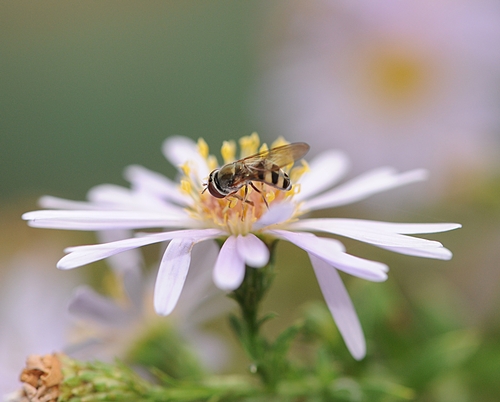 Hover Fly
HOVER FLY working a flower in the Haagen-Dazs Honey Bee Haven at the University of California, Davis. The larvae of hover flies are voracious aphid eaters. (Photo by Kathy Keatley Garvey) 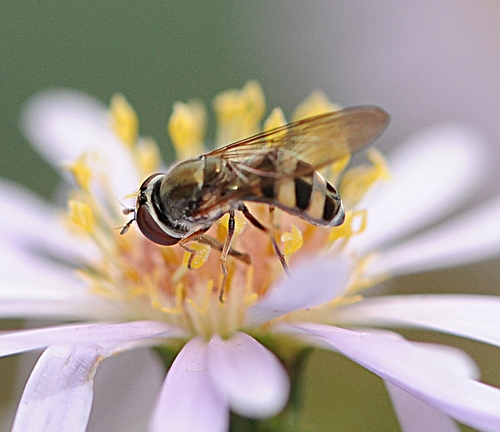