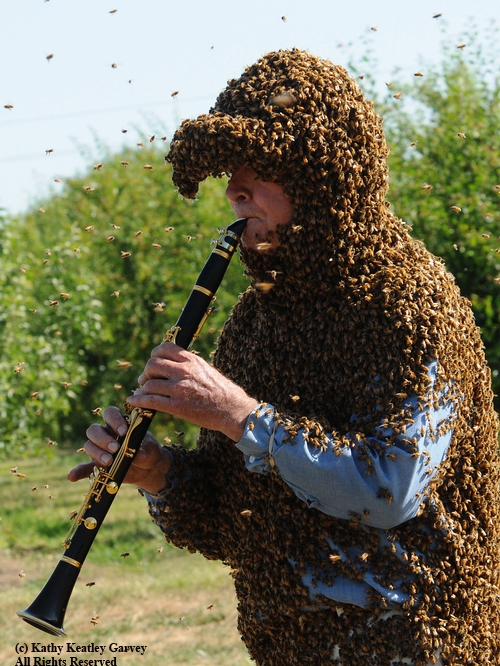 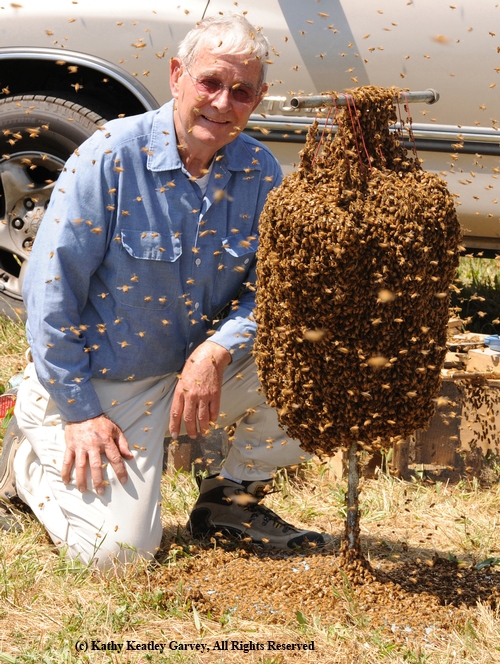 'BEE MAN' Norman Gary with a cluster of bees. This photo was taken prior to a bee wrangling stunt for a television program earlier this year. (Photo by Kathy Keatley Garvey)
Tags: Norman Gary (22), The Honey Bee Hobbyist (2)
Comments: 0
No Comments Posted.
Leave a Reply: