An exquisite butterfly rock at the Bohart Museum of Entomology. (Photo by Kathy Keatley Garvey)
Rock artists, all.

Those who painted rocks at the UC Davis Bohart Museum of Entomology open house on Saturday, Jan. 18 were not just rock artists. They were rock stars, painting creative, inspirational and seasonal illustrations.

A sign on the table, staffed by entomologist Ann Kao of the California Department of Food and Agriculture (2019 alumnus of UC Davis), urged: "Paint a Rock!" The directions:

And that they did. They selected a smooth river rock and made it their own. They painted everything from butterflies, ants, and spiders to rainbows, smiles and the sun. Indeed, some of the critters looked like new species of arthropods just waiting to be named.

The artists hid some of the rocks on the UC Davis campus. They are likely to wind up on the Facebook page, UC Davis Rocks, which encourages folks to paint rocks, hide them, and then post the images. The Bohart rocks will join other images on the Facebook page, including such resident rocks as "When All Else Fails, Hug the Dog" to "Take the Next Step" to "You Are Loved."

One talented rock artist at the Bohart Museum chose a Valentine's Day theme, painting two "Love Bugs”--a honey bee and a ladybug. The colorful rock now resides in the office of director Lynn Kimsey, professor of entomology at UC Davis. It's right next to her microscope where she will 'scope the real Apis mellifera and Coccinellidae species and other insects.

If you look on the Internet, you'll find some creative, inspirational and downright humorous rocks:

The Bohart Museum, located in Room 1124 of the Academic Surge Building on Crocker Lane and founded by noted entomologist Richard M. Bohart (1913-2007), houses a global collection of nearly eight million insect specimens; a live "petting zoo" that includes Madagascar hissing cockroaches, walking sticks and tarantulas; and a gift shop stocked with books, insect-themed t-shirts and sweatshirts, jewelry, insect-collecting equipment and insect-themed candy. The insect museum is open to the public Mondays through Thursdays from 9 a.m. to noon and 1 to 5 p.m., except on holidays. More information on the Bohart Museum is available on the website at http://bohart.ucdavis.edu or by contacting (530) 752-0493 or bmuseum@ucdavis.edu. 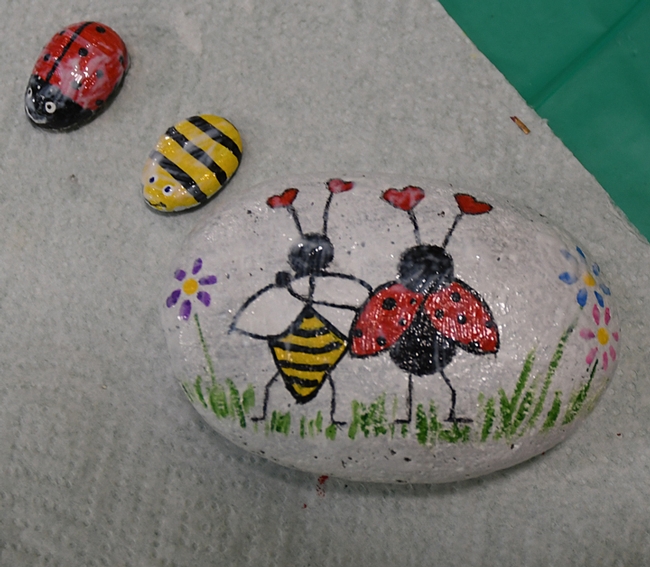 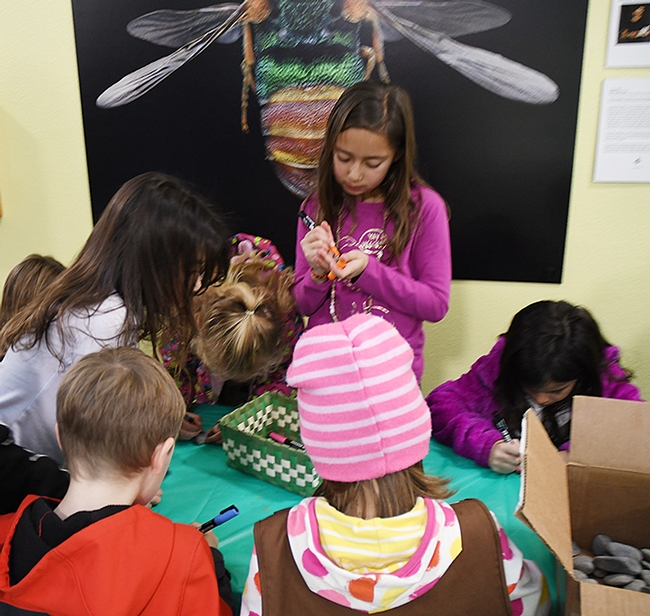 Youngsters flocked to the rock painting table at the Bohart Museum of Entomology to create their masterpieces. (Photo by Kathy Keatley Garvey) Some of the rocks painted during the Bohart Museum of Entomology's open house. (Photo by Kathy Keatley Garvey) 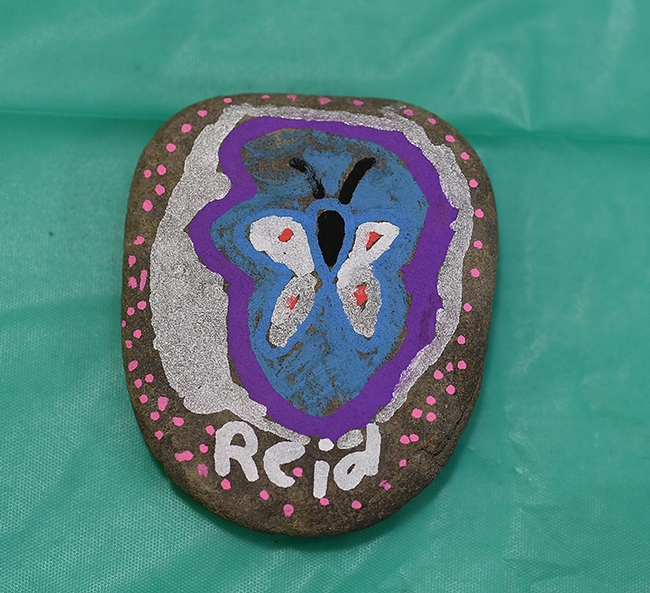 This creative rock shows a butterfly framed in purple and white. (Photo by Kathy Keatley Garvey) 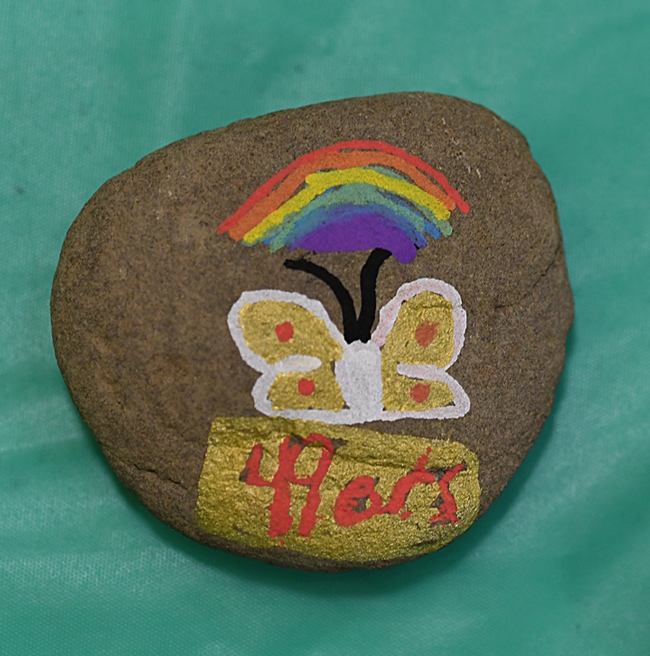