Bick, an agricultural entomologist who received her doctorate in entomology in June 2019 from UC Davis and then headed for the University of Copenhagen for her postdoctoral fellowship, has just received a $23,000 fellowship from the American Scandinavian Foundation for her proposal, "Designing Pest-Resilient Apple Orchards Using Bespoke Models."

She earlier received a $244,000 postdoc grant from the Innovations Fund in Denmark. (See Bug Squad)

Bick, who specializes in integrated pest management, helped anchor the UC Davis Department of Entomology and Nematology Linnaean Games Team that won the national championship at the ESA meeting in 2016, and the University of California (UC Davis and UC Berkeley) Linnaean Games Team that won the national championship in 2018. The Linnaean Games, launched in 1983, are lively question-and-answer, college bowl-style competitions on entomological facts and played by winners of the ESA branch competitions. The teams score points by correctly answering random questions. (Watch the championship game on YouTube). She also served as vice president of the UC Davis Entomology Graduate Student Association (EGSA). 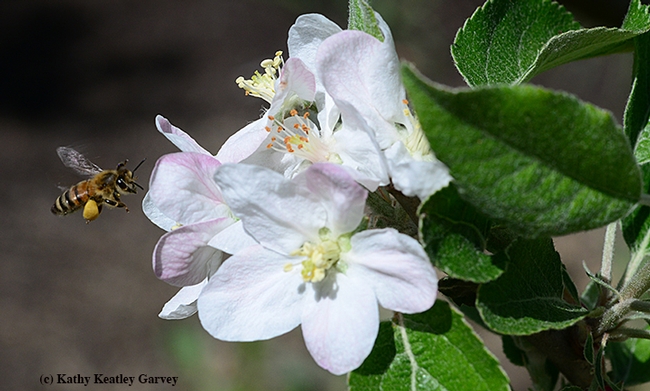