When doctoral candidate and entomologist extraordinaire Brendon Boudinot delivered his exit seminar on ants to the UC Davis Department of Entomology and Nematology, he drew acclaim, admiration and applause.

Boudinot, whose peers marvel at his expertise on all-things-ants and, indeed, all-things-entomological, greeted a  standing-room only crowd in Room 122 of Briggs Hall.

If any ants had been in the room, they would have stood at attention, too.

Just a few of Boudinot's accomplishments:

Boudinot titled his exit seminar, "Abdomens and Ants: Evolutionary and Phylogenetic Morphology of the Insects." The title prompted Ward to quip "Here's Brendon talking about ants, abdomens and the meaning of life."

Boudinot divided his talk into two parts: (1) from the ocean onto land, from the land into the sky, and (2) from the sky back to the land (ants).

"Between about 410 to 480 million years ago, there was an event where the ancestor of the insects that we think of as insects today, not only had moved onto land, but gained numerous adaptations for land," Boudinot began. "So this first part of this talk is going to be a comparison of these wingless insects."

Listen to the entire seminar here; access is free. 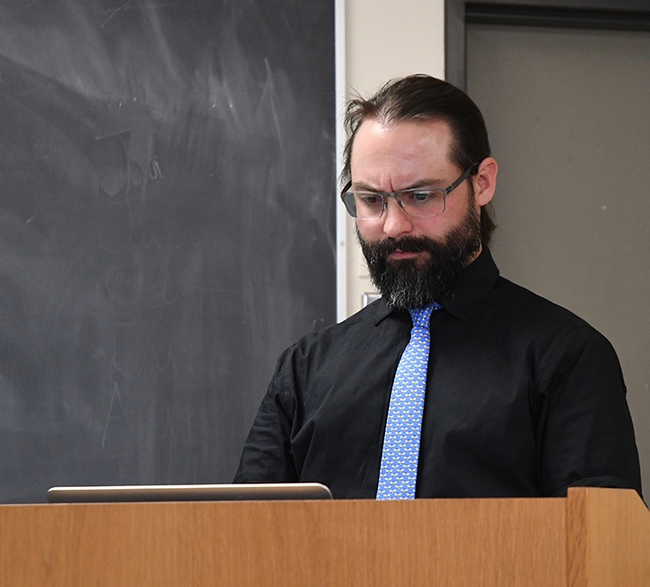 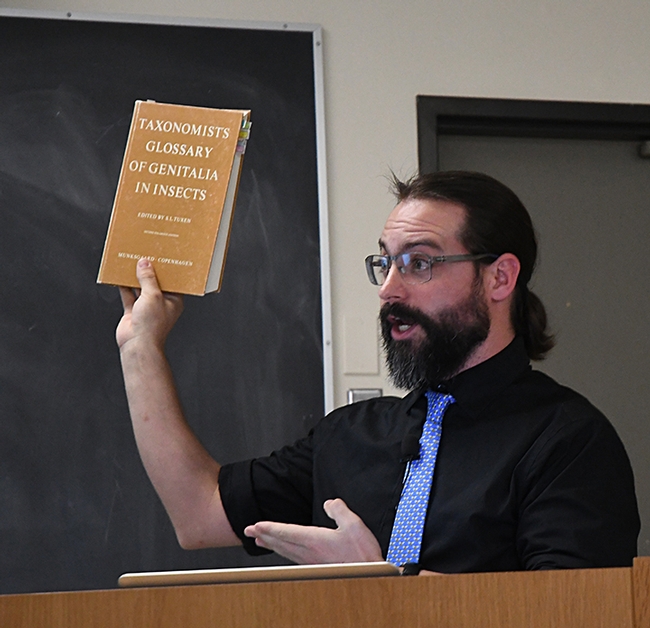 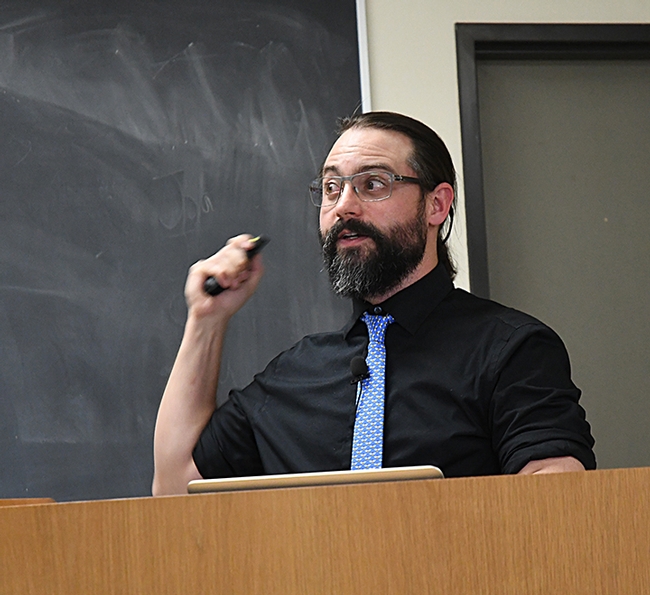 Brendon Boudinot tells the crowd we all share a common ancestor. (Photo by Kathy Keatley Garvey) 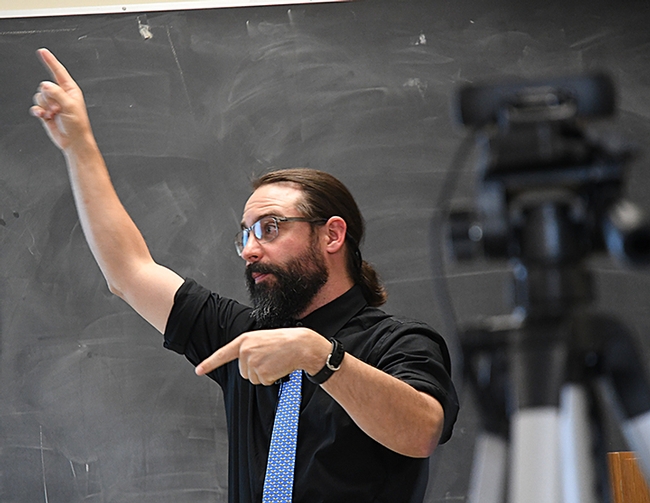 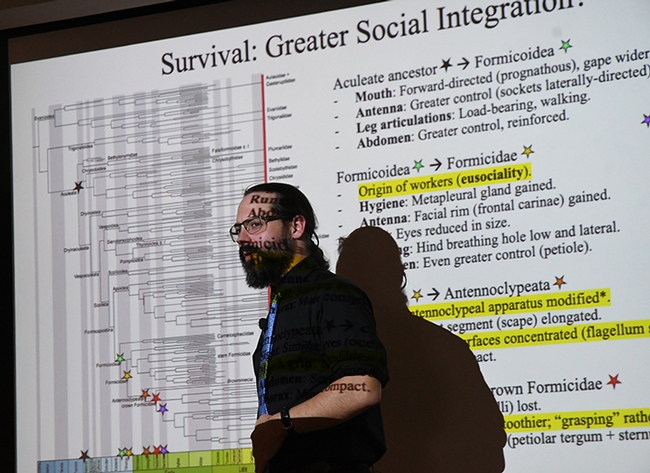 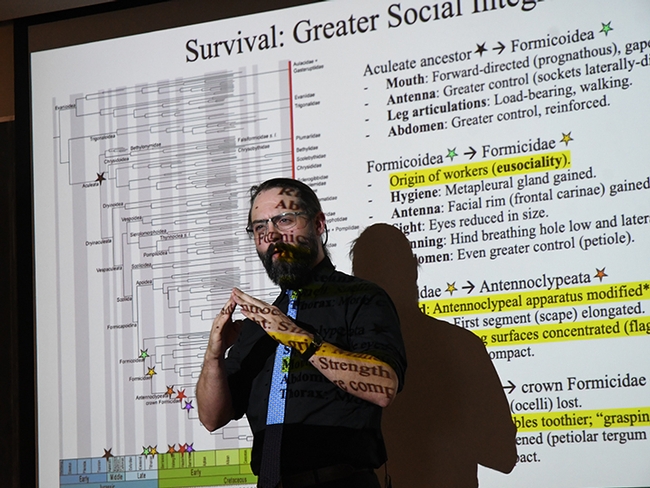