Bruce Hammock is the recipient of a UC Davis Lifetime Achievement Award in Innovation. (Photo by Kathy Keatley Garvey)
UC Davis distinguished professor Bruce Hammock, internationally recognized for his work in alleviating inflammatory and neuropathic pain in humans and companion animals--and known as the founder of the field of environmental immunoassays--is the recipient of the prestigious Lifetime Achievement Award in Innovation, part of the 2020 Chancellor's Innovation Awards.

The annual campuswide award honors researchers who have made a long-term positive impact on the lives of others and who inspire other innovators. It is one of several awards announced June 15 in a program managed by the Office of Research. (See recipients.)

“Research universities like UC Davis play a critical role in advancing innovative solutions for the global community that not only stimulate our economy but create a better quality of life,” said Chancellor Gary S. May in a news release. “The recipients of this year's awards demonstrate the impact of reaching beyond what is expected to deliver game-changing innovations that address some of the world's most critical issues.”

Hammock, who holds a joint appointment with the Department of Entomology and Nematology and the UC Davis Comprehensive Cancer Center, co-discovered a human enzyme termed Soluble Epoxide Hydrolase (sEH),  a key regulatory enzyme involved in the metabolism of fatty acids. It regulates a new class of natural chemical mediators, which in turn regulates inflammation, blood pressure and pain.  Hammock and his lab have been involved in enzyme research for more than 50 years.

Hammock is the founder and chief executive officer of the Davis-based pharmaceutical company, EicOsis LLC, formed in 2011 to develop an orally active non-addictive drug for inflammatory and neuropathic pain for humans, as well as a version in development for treating painful conditions in companion animals.  A drug candidate known as EC5026 and now in human trials, targets a novel pathway to block the underlying cause of certain types of pain. Bruce Hammock, circa 1980
Hammock traces the history of his enzyme research to 1969 to his graduate student days in the John Casida laboratory, UC Berkeley.  Hammock was researching insect developmental biology and green insecticides when he and colleague Sarjeet Gill, now a distinguished professor at UC Riverside, discovered the target enzyme in mammals that regulates epoxy fatty acids.

The National Institute on Drug Abuse awarded a $15 million HEAL grant (Helping to End Addiction Long-term Initiative) to EicOsis in 2019 to support human clinical trials of a novel compound that has been found effective for the treatment of pain in preclinical animal studies.

In 2019, Hammock received a $6 million “outstanding investigator” federal grant for his innovative and visionary environmental health research. His pioneering work on inflammation not only extends to alleviating chronic pain, but to targeting inflammation involved in cancer, cardiovascular diseases, diabetes and other health issues.

EicOsis won the Sacramento Region Innovation Award in the Medical and Health category in 2019.

More recently, Hammock has turned his attention to using sEH as a means to control the deadly cytokine storm associated with COVID-19.

A member of the UC Davis faculty since 1980, Hammock has directed the UC Davis Superfund Research Program (funded by the National Institutes of Health's National Institute of Environmental Health Sciences) for nearly four  decades, supporting scores of pre- and postdoctoral scholars in interdisciplinary research in 5 different colleges and graduate groups on campus. He is a fellow of the National Academy of Inventors and the National Academy of Sciences, and the Entomological Society of America.  He is the recipient of scores of awards, including the first McGiff Memorial Awardee in Lipid Biochemistry; and the Bernard B. Brodie Award in Drug Metabolism, sponsored by the America Society for Pharmacology and Experimental Therapeutics. At UC Davis he received the Distinguished Teaching Award and the Faculty Research Lectureship.

He has authored or co-authored more than 1,200 peer-reviewed publications and holds more than 95 patents in agriculture, environmental science and medicinal chemistry.

Hammock is known for his expertise in chemistry, toxicology, biochemistry and entomology. Early in his career, he founded the field of environmental immunoassay, using antibodies and biosensors to monitor food and environmental safety, and human exposure to pesticides. His groundbreaking research in insect physiology, toxicology led to his development of the first recombinant virus for insect control.

In the Army, he served as a medical officer at Fort Sam, Houston, and what he saw--severely burned people in terrible pain--made a lasting impression on him and steered him toward helping humankind. 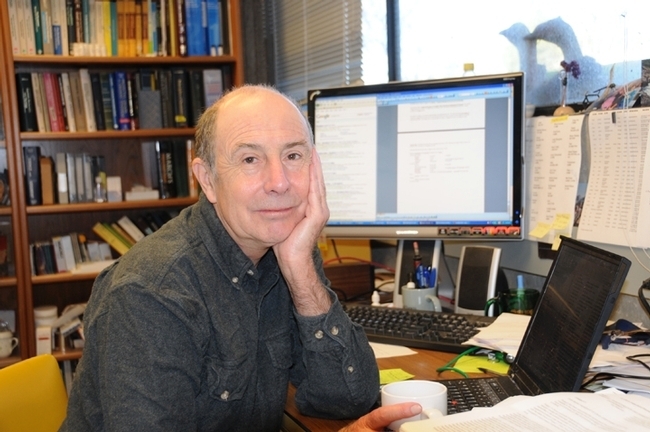 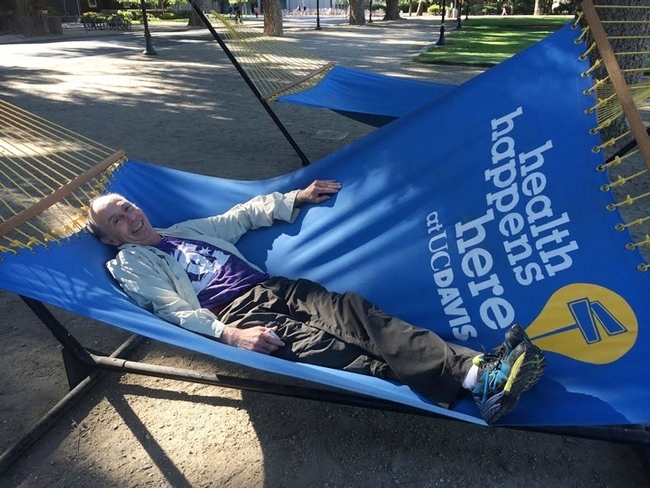