Kearney's Dr. Khaled Bali, UCCE irrigation water management specialist, was recognized in late June for exceptional collaboration skills and problem-solving with the UCCE 2019/2020 Outstanding Team Distinguished Service Award. In conjunction with 16 other academics and advisors from UCCE as well as five State Water Resources Control Board engineers, Khaled and his team have addressed a problem that was a burden and financial strain on growers and cattle ranchers in California. A state senate bill mandating water right holders to measure and report water diversions greater than 10 acre-feet per year was a compliance challenge due to the cost to have certified personnel, or engineers, measure diversions. As a solution, Khaled and his team developed a 3.5-hr water measurement and reporting course to certify diverters, such as the landowners, in order to facilitate compliance with water diversion reporting. With support from the University of California, Assembly Bill 589 was passed and became law in 2018 enabling anyone who passes the course to be considered a “qualified individual” and subject to considerable savings. The team has conducted over 20 workshops in Northern, Central and Southern California and certified over 1,200 diverters since passage of the bill. They are in the process of offering online courses.

Khaled is a perfect example of the collaborative spirit of the UC Cooperative Extension. He routinely assists other researchers and staff on their projects when questions about water management arise. He was last seen harvesting almonds for a variable irrigation experiment while discussing plans for future collaboration with another member of Cooperative Extension. Here is another example of Khaled and UCANR's bend towards collaboration and problem solving, a five-year project that starts this fall to address sustainable food systems amidst climate change utilizing artificial intelligence (AI) technologies in agriculture: https://ucanr.edu/News/?routeName=newsstory&postnum=42848.

Dr. Bali first came to Kearney in July of 2016 after nearly 25 years with UCCE as the irrigation/water management advisor at the Desert REC in Holtville, just outside El Centro, CA. Additionally, Khaled served as the County Director for UCCE-Imperial County for 7 years and was the Interim Director of the Desert REC for two years. Kearney is fortunate to have Khaled on board, collaborating and conducting research with his staff in the alfalfa fields by Manning Ave. as well as orchards on the 340 acre station and within driving distance of Parlier. 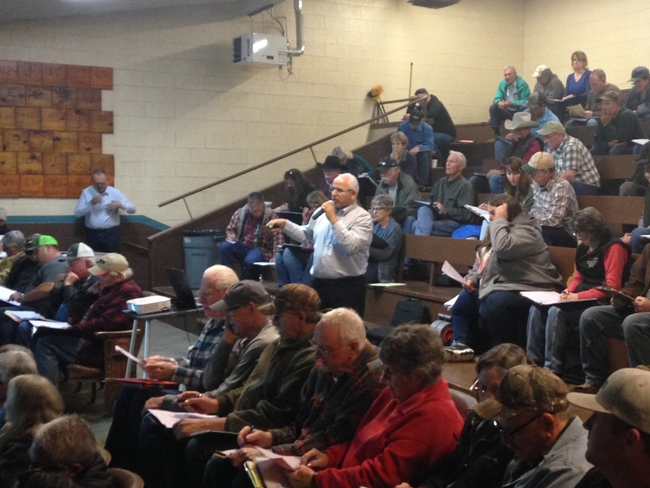