For the first butterfly, it was the right place at the right time.

An alfalfa or sulfur butterfly (Colias eurytheme) fluttered into our pollinator garden in Vacaville to sip some nectar from a Mexican sunflower (Tithonia rotundifolia). It lingered for several minutes.

But on another day, several miles away, an alfalfa butterfly wandered into a rural nursery, and splat! Nailed by a yellow sticky trap, which is used to lure, trap, monitor and detect insect pests.

Note, however, that in its larval stage, C. eurytheme  is a major pest of alfalfa.

"There are four to seven generations per year of alfalfa caterpillar, and each generation is closely synchronized with the hay-cutting cycle so that the caterpillar pupates before cutting occurs," according to the UC Statewide Integrated Pest Management Program (UC IPM) website. "Caterpillar populations usually result from a flight of butterflies into the field when the alfalfa is less than 6 inches tall. Extremely large numbers of adults migrating between fields are often present from June to September in the Central Valley and from May to October in the southern desert."

UC IPM points out that factors contributing to economically significant caterpillar numbers are:

Butterfly guru Art Shapiro, UC Davis distinguished professor of evolution and ecology, says 2020 proved to be a major  outbreak year for the alfalfa butterfly in the Sacramento, Yolo and Solano counties. (See butterfly invasion in the Aug. 28, 2020 Bug Squad blog).

Ever seen one in a sticky trap? Often you'll see assorted--and tiny--flies, gnats, beetles, leafminers, psylids and the like. So a yellow butterfly in a yellow sticky trap really stands out. 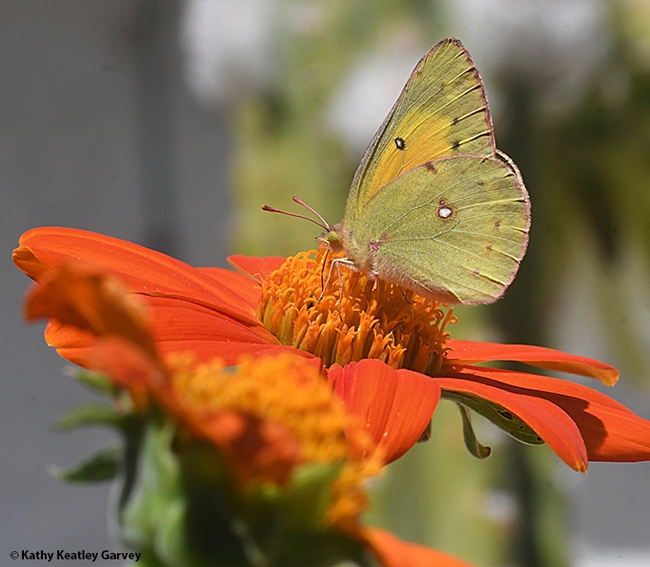 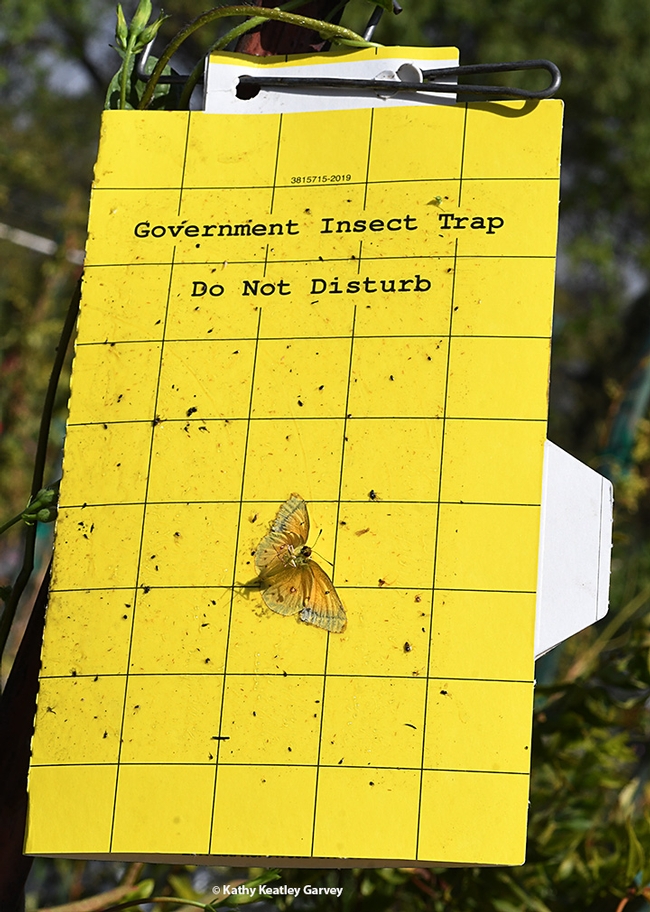