Plummeting winter temperatures often lead to frost damage in plants.  The damage occurs when ice crystals form within plant tissue, damaging their cells.  Leaves and tender new growth are usually affected first.  Initially, they will appear wilted.  Then the wilted growth will turn brown or black and eventually become crispy.  This means these affected parts of the plant have died. Frost damage to young citrus leaves, Jack Kelly Clark, UC IMP Program
It is tempting to remove frost-damaged plant growth immediately, but dead material should be left on the plant until the full extent of the damage is apparent in the spring.  There are several reasons to wait.  By allowing plenty of time for new growth to appear, the extent of any damage will be clearly apparent and it will be less likely that you will accidentally remove living tissue that survived a freeze.  Additionally, dead material can actually provide an insulating effect and removing it too soon may expose additional tissues to future freezes.  If you prune out dead material before another freeze hits, it is more likely that an even greater portion of the plant will be killed.  In Chico and nearby areas of the valley floor, the danger of frost is usually over in late April, so it is prudent to wait at least until then, or later, before doing any pruning. Bud union, UC ANR
In citrus, if hardier growth (such as twigs or wood) has not been seriously damaged, it is normal for dead leaves to be rapidly shed.  If the frost-killed leaves remain on the plant, this is an indication that twigs or branches have been seriously damaged.  If larger branches or the trunk of a tree sustain cold damage, the bark will split and dead patches of curled, dry bark may appear.  If a young citrus tree has been killed nearly to the ground, inspect it closely to determine if the damage extends below the union.  The union is the junction where the fruit-producing part of the tree was grafted onto the rootstock.  If new growth comes only from the rootstock, the tree will no longer be true to the type you originally planted and will usually be unproductive.  In this case, the tree should be replaced.

The only thing that should be done immediately after frost damage has occurred to citrus and other woody plants is whitewashing.  Whitewash should be applied to the trunk and exposed limbs.  This protects the bark from sunburn, which is more likely to occur if a plant becomes defoliated.  Frost-damaged plants are more susceptible to disease and insects, and sunburn increases this susceptibility.  To make whitewash, mix equal parts of white interior latex paint with water.  If the area to be painted is particularly rough and fissured, a thinner mixture can be applied for better penetration and coverage. It is also important to note that frost-damaged plants are unbalanced:  although their leaves have been reduced, they still have the same root system.  This can result in extensive new growth over the entire plant.

To ensure that the plant reaches an acceptable balance between its leaves and its root system, the new shoots should grow at a moderate rate.  It is recommended that little or no fertilizer be applied to these plants initially, and they should be irrigated less than usual until they have returned to a normal appearance.  Too much nitrogen fertilizer, for example, can encourage sucker and water sprout growth, while too much water can damage roots.

Of course, it would be preferable to prevent frost damage from occurring in the first place.  To read more about preventing frost damage and many other gardening topics, visit the UC Master Gardeners of Butte County website. 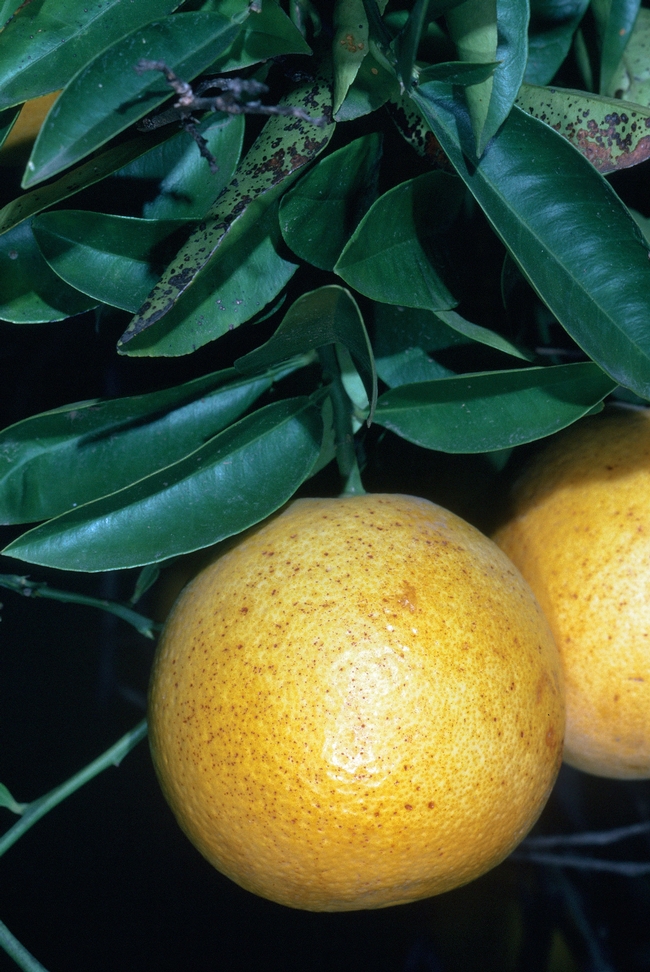