He's back--not as a presidential candidate but as a meme.

A meme? It all started when photographer Brendan Smialowski for Getty Images photographed him at President Joe Biden's inauguration. As dignitaries in designer coats strolled by in the bitter cold (temperature stood at 22° and wasn't moving), there he was,  all bundled up in a warm coat and mittens, sitting in a folding chair with his arms crossed, wearing a mask, and social-distancing from the crowd (pandemic precautions, you know).

Enter Software engineer Nick Sawhney of New York. He created a tool that allows folks to insert the senator into any street address in Google Maps street view. Just click on https://bernie-sits.herokuapp.com/, insert a location, and you're good to go--that is, good for Sanders to go anywhere you want him to go. That could be Dallas, Denver, Detroit, Dublln, Duluth,  Des Plaines, Dearborn Heights...and...ahem...Davis.  (See some of the memes on this Washington Post article.)

In an interview with CBS, Sanders seemed amused by all the attention.

“In Vermont, we dress, we know something about the cold,” he told Gayle King. “And we're not so concerned about good fashion. We just want to keep warm. And that's what I did today."

Perhaps best of all, he agreed to a sweatshirt bearing the meme, and is donating the funds to Meals on Wheels. 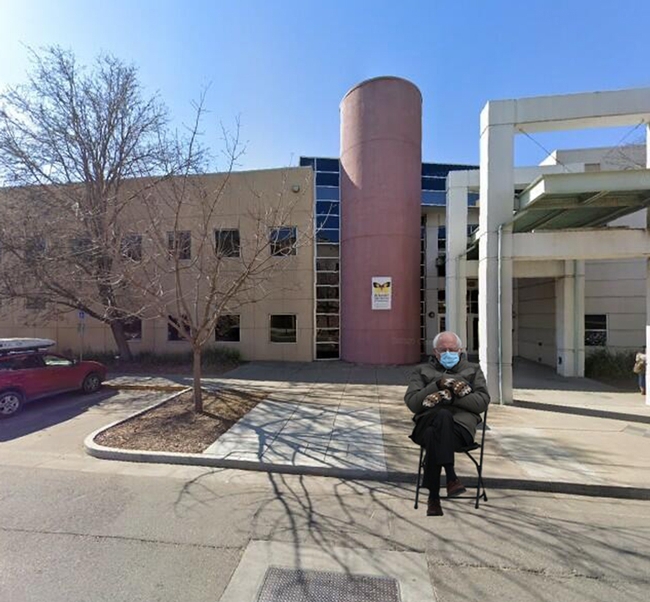 Bernie Sanders in front of the Bohart Museum of Entomology on Crocker Lane, UC Davis campus. 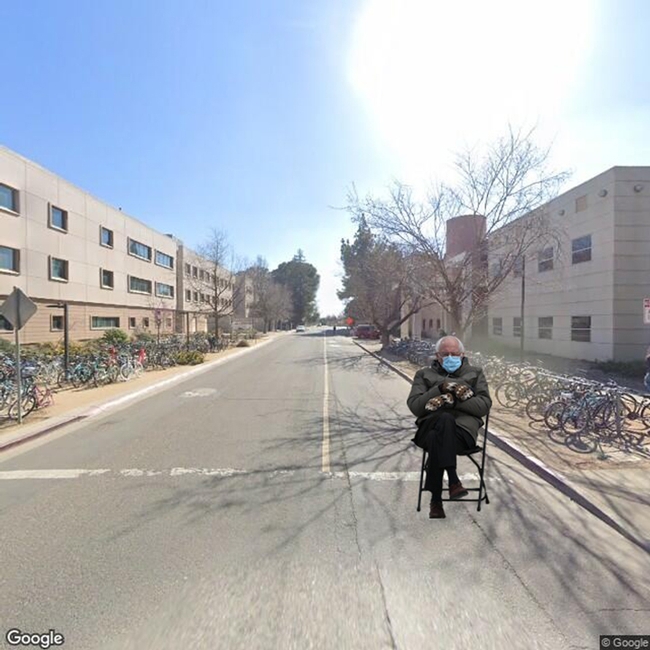 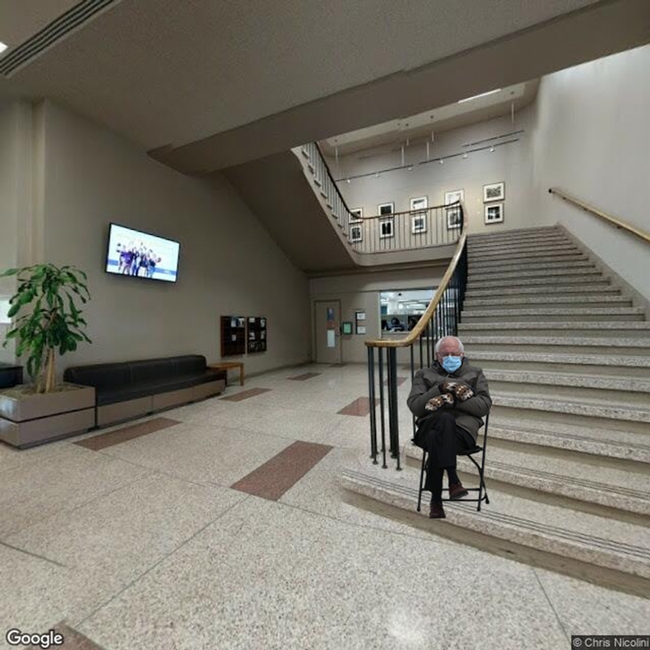 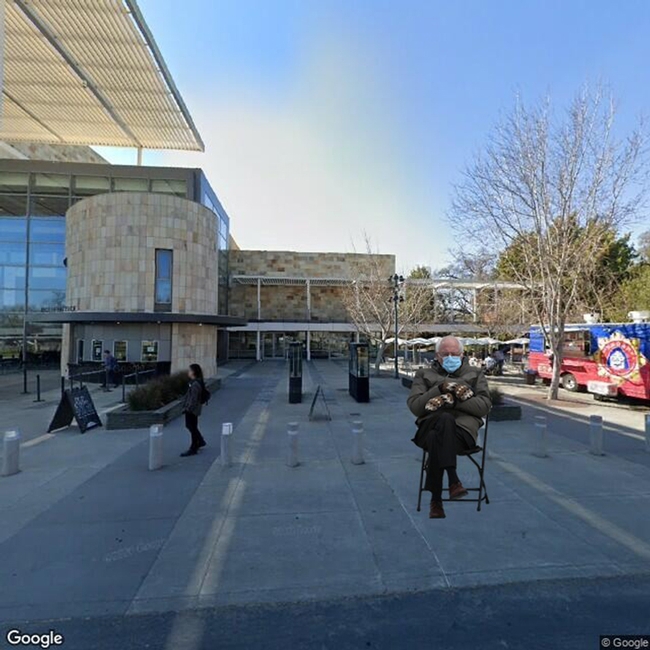 Bernie Sanders in front of the Robert and Margrit Mondavi Center for the Performing Arts, UC Davis campus. 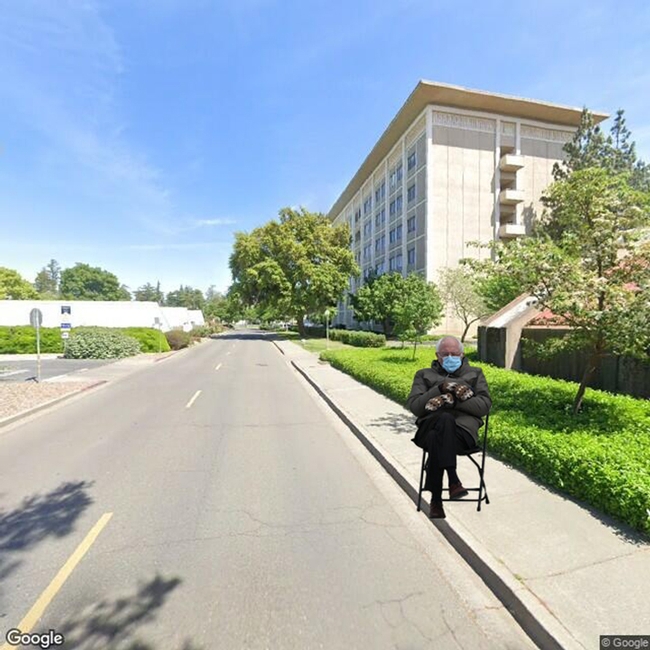 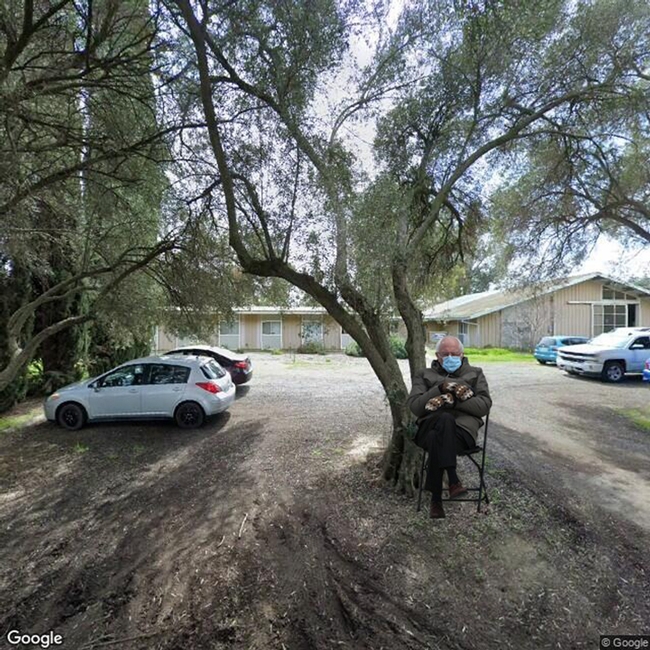