Those were some of the questions that the 60 undergraduate students competing in the first-ever UC Davis Eric Conn Biochemistry Quizzes answered, and the two winning teams will now compete against two teams from Cardiff University, UK.

The answers:  To break disulfide bridges; Because it is decorated with sugar; In the cell membrane; and Lutz Froenicke.

More than 300 attendees ZOOMed in to watch the Feb. 20 competition. The event can be viewed online at https://youtu.be/Y9T9ayRXyYE.

“I thought the quizzes would help students get out of the ZOOM routine," said organizer-moderator Walter Leal, UC Davis distinguished professor of molecular and cellular biology and a former chair of the UC Davis Department of Entomology. "But I did not envision that there would be so much interest. The response was overwhelming, and students showed a genuine interest in the activity. They recorded videos for self-introduction, studied for the quizzes, and--more importantly--made new friends.”

“We are planning a global event on Wednesday, March 10, with our UC Davis players challenging UK's Cardiff University,” Leal announced. UC Davis Chancellor Gary May will deliver the welcome address.

The three-game virtual event, to begin at 11 a.m., Pacific Time on Zoom, will first pit UC Davis vs. UC Davis, and  then Cardiff vs. Cardiff to determine the players in the championship game. The public is invited to view the event by registering here: https://tinyurl.com/dmnftsuj

“I am absolutely delighted to provide this opportunity for our students to learn biochemistry, have fun, work as teams, and build international ties,” Leal said. “Yes, remote learning is challenging, but it also creates new opportunities.”

The format of the game will be three questions per team, alternating one question for each team. “In the event of a tie,” Leal said, “each team will be asked one question at a time until we break the deadlock.”

While the teams work on the questions, Dr. Dean Blumberg, an epidemiologist and chief of Pediatric Infectious Diseases, UC Davis Children's Hospital, will answer questions about vaccines and vaccinations.

In an exit survey, the Eric Conn Biochemistry Quizzes drew such comments as:

Eric Conn (1923-2017), a member of the UC Davis faculty for 43 years, was the third recipient of the UC Davis Prize for Teaching and Scholarly Achievement.  Described as an excellent teacher and researcher, Conn received the Academic Senate's Distinguished Teaching Award in 1974 and the Academic Senate's highest honor, the Faculty Research Lecturer Award, in 1977. He won the UC Davis Prize for Undergraduate Teaching and Scholarly Achievement in 1989.

Question: "Who was the scientist at the UC Davis Genome Center that came out with the idea of using papain protease to reduce saliva viscosity?" The answer: Lutz Froenicke 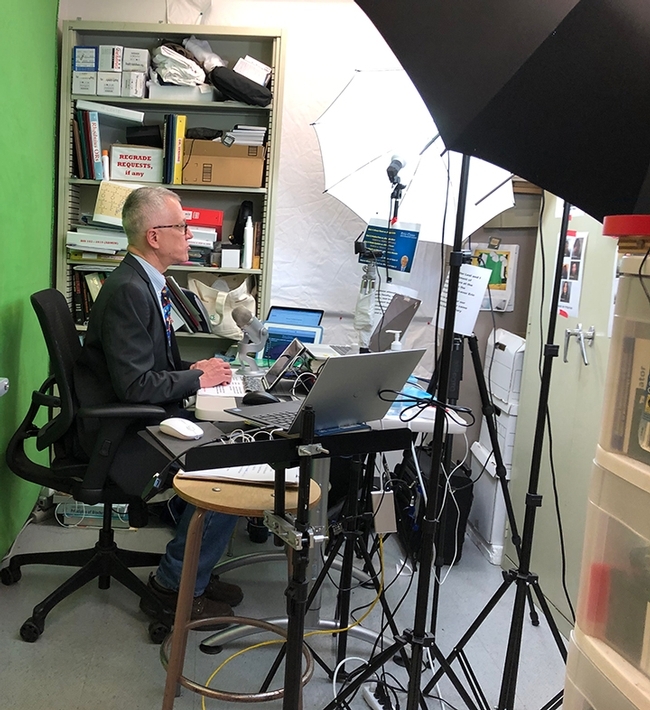