Lead author Geoffrey Attardo of UC Davis Department of Entomology and Nematology
One reason for the successful spread of the yellow fever mosquito, Aedes aegypti, to at least 17 California counties since 2013--from the Mexican border to Shasta County--may be linked to its resistance to pyrethroids, according to newly published UC Davis research examining genetic markers of resistance at five state locations.

The work, published in the current edition of Parasites & Vectors, a BioMed Central open-access medical journal, focuses on “determining how informative well-established genetic markers of resistance to pyrethroids are in predicting the resistance phenotype of individual mosquitoes of Aedes aegypti within a population,” said lead author Geoffrey Attardo, medical entomologist-geneticist in the UC Davis Department of Entomology and Nematology. Yoosook Lee, formerly of UC Davis
The next step? “Trying to understand what other resistance mechanisms might be present, to identify them, and see if they can be used to develop new methods to monitor pyrethroid resistance levels with a higher degree of accuracy,” Attardo said, adding that “This is especially important as the frequency of the para gene mutations in the populations has increased yearly and will eventually become fixed if this trend continues. This will make them non-informative for use in detection of resistance. If we can develop a more accurate method to measure resistance in mosquito populations, it will be beneficial to vector control agencies/districts for development of pyrethroid resistance management strategies.”

In launching the project, the researchers designed an assay “to test for the presence of mutations in the gene coding for the pyrethroid target protein, the voltage gated sodium channel (the para gene),” Attardo explained. “Detection of these mutations is used to monitor the level or resistance in populations. However, the actual link between the effect the genotype has on the phenotype of individual mosquitoes has not been looked at in detail. “

First, they tested the individual resistance phenotype of mosquitoes by placing them into bottles coated with the pyrethroid insecticide permethrin, and observed them to determine how long it takes for them to respond to the insecticide. Said Attardo: “This is a modified version of the assay used by the Center for Disease Control and Prevention to evaluate phenotypic resistance in groups of mosquitoes.”

Then they isolated the DNA from and performed a high-throughput genetic analysis on each individual to determine the composition of the five mutations in each individual. Next they looked at the resulting data to see how well knockdown time correlates with individual genotypes of mosquitoes.

The project drew financial support from the Pacific Southwest Regional Center of Excellence for Vector-Borne Diseases, funded by the U.S. Centers for Disease Control and Prevention. 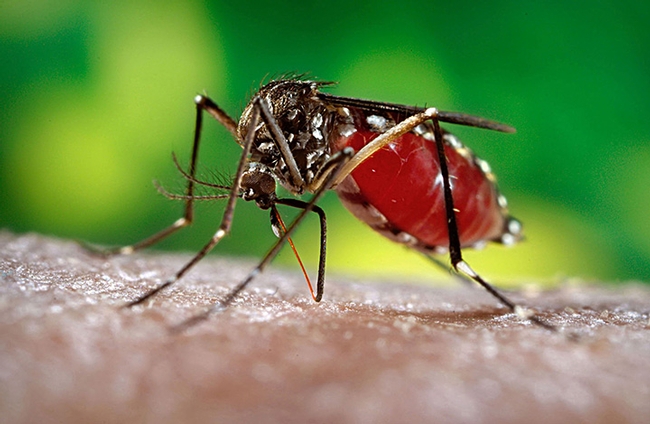 Aedes aegypti, the yellow fever mosquito, has been detected in 17 California counties since 2017. (CDC Photo) 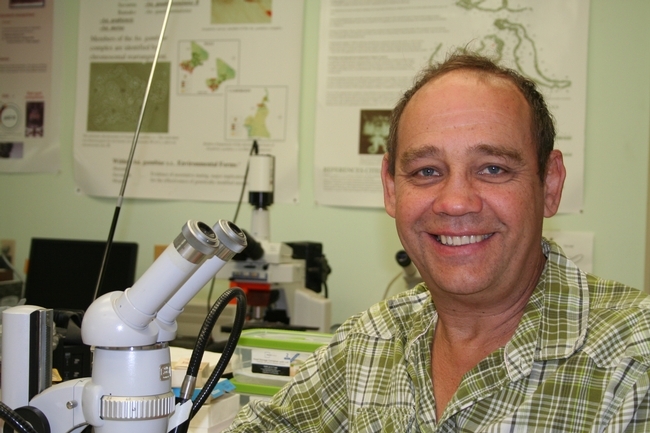