Nguyen received $1000 in the competition, which recognizes undergraduate students whose research projects entail extensive use of library resources, services and expertise. Another student in Carey's longevity class, La Rissa Vasquez, a neurology, physiology and behavior major, won the third prize of $500 in the SEM category for her paper, “Surviving COVID-19: Variables of Immune Response.”

This is the second consecutive year that a student in Carey's longevity class has won the top prize in the SEM category. The awards program, launched in 2017, memorializes Norma J. Lang (1931-2015), professor emerita of botany.

In his longevity classes, Carey requires a term paper and teaches his students how to research topics, use style sheets, and structure the document.

Barry Nguyen
Said Nguyen: “My paper discusses the biological process of allostasis, a stress response much like homeostasis, but instead of maintaining the body's internal conditions within narrow ranges, allostasis makes changes to the body's internal parameters to appropriately meet external demands. In other words, homeostasis revolves around a set mean value while allostasis deviates from it. Repeatedly activating this process over time can actually damage the associated physiological systems itself and lead to brain damage. This malfunctioning state is a characteristic of Allostatic Load, a state that describes the negative effects caused by a damaged Allostatic process.” Students of UC Davis distinguished professor James R. Carey have won the top SEM category awards for two consecutive years.
“What really sparked me is the following irony: The allostatic process is designed specifically for us humans to deal with stress. But chronically activating this pathway can in fact damage the associated physiological systems. In turn, the response system malfunctions and rather than aiding the organism in times of stress, the maladaptive response propagates the damages associated with the stress stimulus, allowing for the manifestations of secondary even tertiary consequences like neurodegeneration.”

Nguyen, who grew up in San Rafael, expects to graduate from UC Davis in 2023. He describes himself as a “a student exploring interests in the biological sciences and seeking opportunities in the medical setting.” In March, he joined the John Morrison laboratory at the UC Davis California National Primate Research Center as an undergraduate research assistant with the Advancing Diversity in Aging Research (ADAR) program, funded by the National Institutes of Health. Nguyen is currently investigating HIV associated neurocognitive disorders.

Nguyen is active in the UC Davis Biology and Undergraduate Scholars Program (BUSP), and is the founder/president/CEO of VN Give, a non-profit organization that assists underserved communities in Hue, Vietnam. He is also a junior editor of The Aggie Transcript, an undergraduate life science journal; and a trustee of Aggies Helping Aggies.

La Rissa Vasquez
In her paper, Vasquez provides an in-depth synopsis of Severe Acute Respiratory Syndrome Coronavirus 2 (SARS-CoV-2), focusing on its innate and adaptive immune responses. She analyzed  diverse sources, ranging from autopsy reports and data from the Centers for Disease Control and Prevention, to peer-reviewed journals.

“In the beginning of the (longevity) course, I was asked to address any topic related to aging, survival, health span or longevity,” Vasquez wrote. “I chose to discuss COVID-19 because it is currently one of the most prevalent threats to our global survival and remains at the start of every conversation. I learned to think about longevity as not a conversation about aging and death (but as) discrete occurrences that happen at certain stages in a person's life. Death is not a single grim reaper but more like a pack of devils constantly at work to hinder and eventually terminate function.”

Vasquez sought to touch on innate and adaptive immunity “because they are the pack of devils contributing to death. I then looked for sources that actively discussed causes of death in the form of autopsy reviews of COVID victims.”

“The way I pursued the topic was genuine because of family members I lost to COVID. Writing about the virus became less desensitizing and more personal.”

Vasquez, who is from Stockton, expects to receive her bachelor's degree from UC Davis in 2023. At UC Davis, she is an undergraduate research assistant in the Bliss-Moreau laboratory of the California National Primate Research Center; a member of the Biology Undergraduate Scholars Program; and a junior editor of The Aggie Transcript. She also volunteers for the Brain Exercise Initiative, a non-profit organization that uses simple math, writing and reading loud exercises as an intervention to improve cognitive functions in Alzheimer's patients.

The UC Davis Academic Senate honored him as the recipient of its 2014 Distinguished Teaching Award, given to internationally recognized professors who excel at teaching. Carey is globally recognized for his research in insect demography, mortality dynamics, and insect invasion biology.

In 2020, Carey's student, Jessica Macaluso, swept the top award in the SEM category with her paper, “The Biological Basis for Alzheimer's Disease.” She received $1000.

Another 2020 prize winner, Vincent Pan, a student researcher in the lab of ecologist Rick Karban, UC Davis Department of Entomology and Nematology,  won the $750 second-place award in the SEM category for his paper: "Recent Advances in Elucidating the Function of Zebra Stripes: Parasite Avoidance and Thermoregulation Do Not Resolve the Mystery." At the time, Pan was enrolled in the University Writing Program. 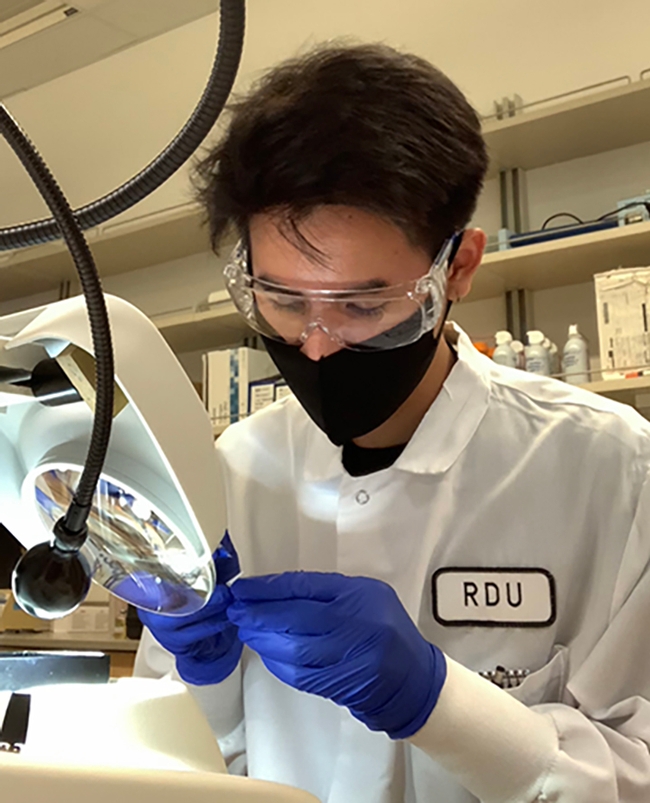 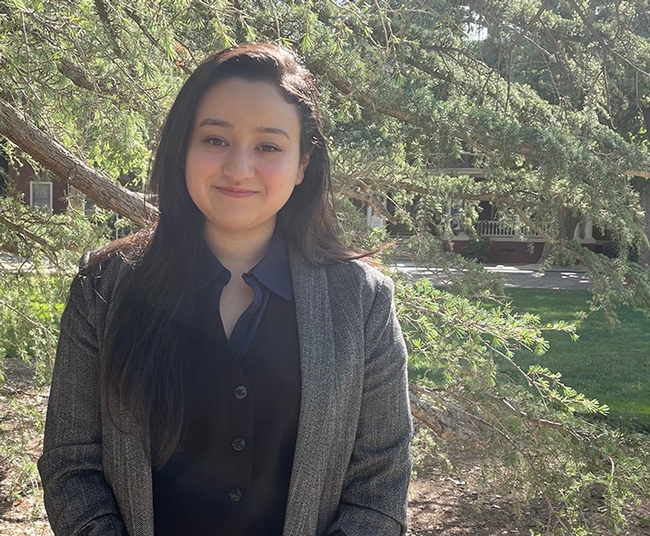