A newly eclosed Gulf Fritillary, Agraulis vanillae, perches alone in the center of a lavender bed in Vacaville, Calif.  It's too early for the honey bees.

This Gulf Frit probably eclosed at dusk yesterday and then flew several yards from the host plant, Passiflora, to the lavender bed.

As the sun warms her wings, she unfolds them gingerly. As honey bees arrive, buzzing all around her, she moves a few feet.

Eventually she flutters away as more honey bees arrive, a hummingbird hovers over an agave, and California scrub jays chatter.

Just another day in the Life of a Butterfly and another opportunity to showcase this glorious orange-reddish butterfly with silver-spangled underwings.

"This dazzling bit of the New World Tropics was introduced into southern California in the 19th Century--we don't know how--and was first recorded in the Bay Area before 1908, though it seems to have become established there only in the 1950s," writes butterfly guru Art Shapiro,  UC Davis distinguished professor of evolution and ecology, on his research website. He's been monitoring butterfly populations in the Central Valley since 1972. "It can be quite common in the East and South Bay--particularly in Berkeley-- nd has been found breeding spontaneously as far inland as Fairfield where, however, it is not established. There are scattered records in the Central Valley and even up to Folsom, perhaps resulting from people breeding the species for amusement or to release at social occasions. According to Hal Michael, who grew up in South Sacramento, this species bred there in abundance on garden Passiflora in the early 1960s. It seems to have died out by the early 1970s, however. Intolerant of hard freezes, it still managed to survive the record cold snap of 1990 that largely exterminated the Buckeye regionally! In the Bay Area, this species can be seen flying any day of the year, if it is warm and sunny enough.

Yes, flying throughout much of the year. We've seen a Gulf Frit laying eggs on Christmas Day. A gift unlike any other. Early mornings are good, too. 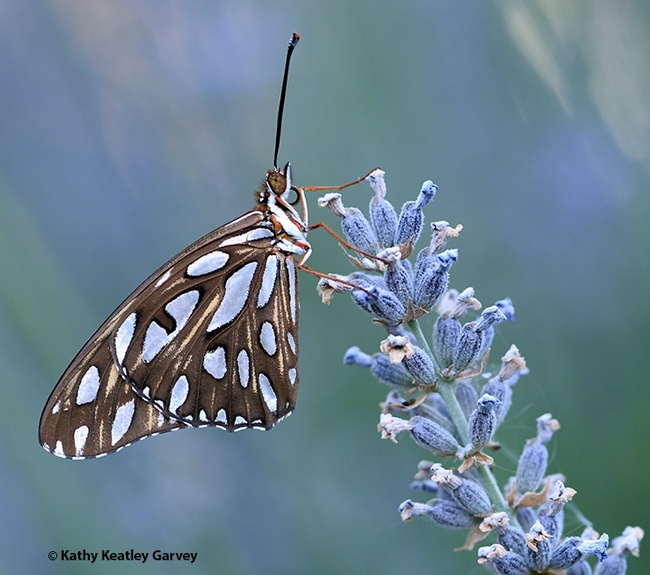 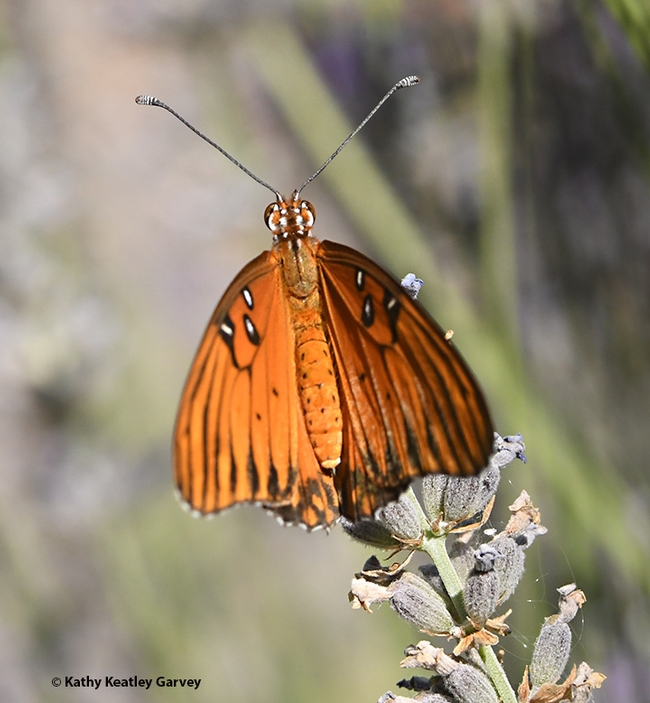 As the sun warms her wings, the Gulf Fritillary unfolds them gingerly. (Photo by Kathy Keatley Garvey) 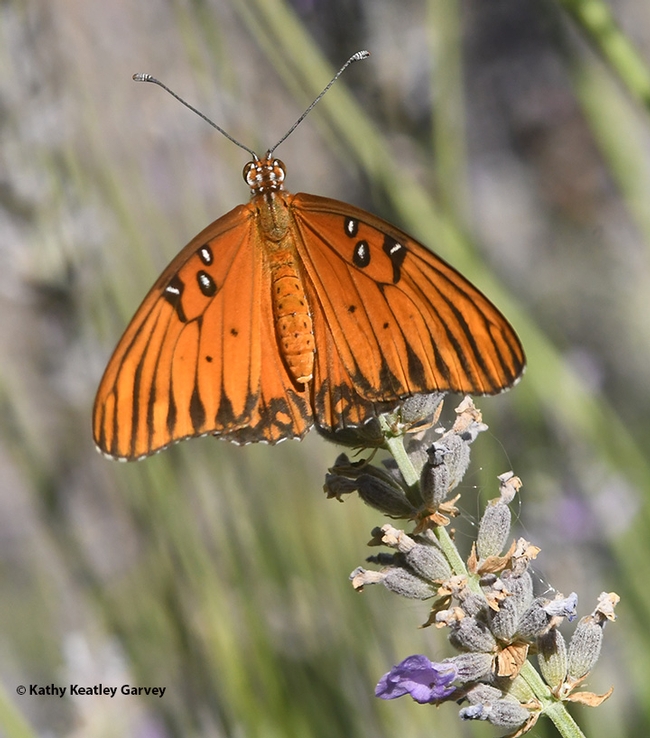