The honor is awarded to those scholars “whose work has been internationally recognized and acclaimed and whose teaching performance is excellent.”

Karban, whose research interests include the population regulation of animal species and the interactions between herbivores and their host plants, currently focuses his research on two main projects: volatile communication between sagebrush plants that affects resistance to herbivory and factors that control the abundance and spatial distribution of wooly bear caterpillars.

On his website, he explains his research on volatile communication: “When sagebrush is experimentally clipped, it releases volatile cues that undamaged branches on the same plant, on different sagebrush plants, and on some other plant species respond to.  These volatile cues cause many changes in neighboring plants and some of these changes make the undamaged neighbors better defended against their herbivores.  We currently know little about the nature of these cues.

“Blocking air contact between branches makes responses undetectable, indicating the involvement of airborne cues. Methyl jasmonate has the ability to serve as the signal although it remains unclear if it acts in this capacity in nature. I would like to understand the costs and benefits of releasing volatiles cues and of responding to them. I am examining the multiple consequences of emitting cues. For example, cues affect neighboring plants, nearby herbivores, as well as predators and parasites of those herbivores. I am currently examining the long-term fitness consequences for sagebrush of responding to volatile cues.” This is the wooly caterpillar that UC Davis distinguished professor Richard "Rick" Karban studies at Bodega Bay. (Photo by Kathy Keatley Garvey)
“Work with Kaori Shiojiri has revealed that communication is most effective between branches that are genetically identical,” he writes on his website. “We are interested in examining whether related plants have more similar volatile profiles than unrelated individuals and whether similarity of volatiles determines the effectiveness of communication. I hope to use sagebrush as a model system to understand volatile communication between plants. If we understand how plants regulate their own defenses in nature, we will have a very powerful tool that can be used to manipulate the defenses of our crops and other economically important species."

On his research on the abundance and distribution of caterpillars, Karban writes: “Many workers define ecology as the science that explains the abundance and distribution of species. Despite a century of work on these questions, our field has only a rudimentary grasp on the factors that are important. I have been censusing populations of wooly bear caterpillars at Bodega Bay for 30 years and have relatively little understanding of the factors that produce patterns in abundance and distribution. The ‘usual suspects' all have relatively little explanatory power: weather, food limitation, and parasitoids all fail to provide much insight. Indeed, caterpillars often recover from the attacks of their tachinid parasitoids and alter their diets when parasitized to increase their chances of surviving.  Including a more complete food web in our analysis does not appear to provide more resolution although ants may be unappreciated as predators and food quality may also be important. I am collaborating with Perry de Valpine to attempt to develop new analytical techniques that will account for more of the variance in abundance data. I am collaborating as well with Marcel Holyoak to examine spatial patterns of abundance.”

Karban is the author of landmark book,  Plant Sensing and Communication. He is a fellow of the Ecological Society of America (ESA) and the American Association for the Advancement of Science, and the recipient of the 1990 George Mercer Award from ESA for outstanding research.

The UC Davis ecologist is featured in the Dec. 23-30, 2013 edition of The New Yorker in Michael Pollan's piece, The Intelligent Plant: Scientists Debate a New Way of Understanding Plants. Zoe Schlanger featured him in a Nov. 21, 2020  Bloomberg Quint article titled The Botanist Daring to Ask: Do Plants Have Personalities? 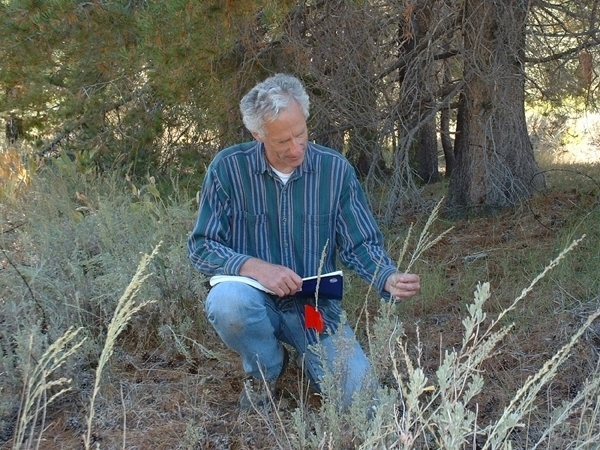