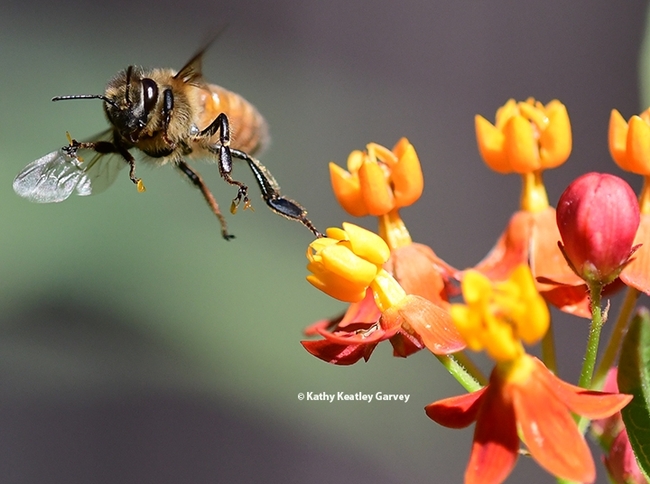 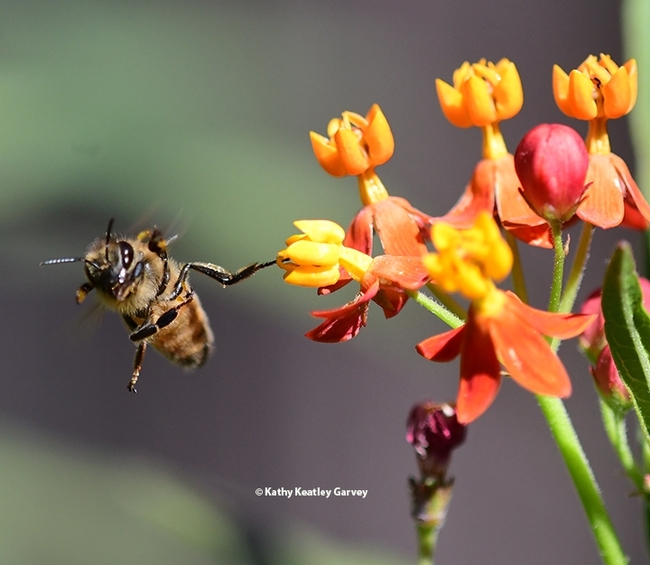 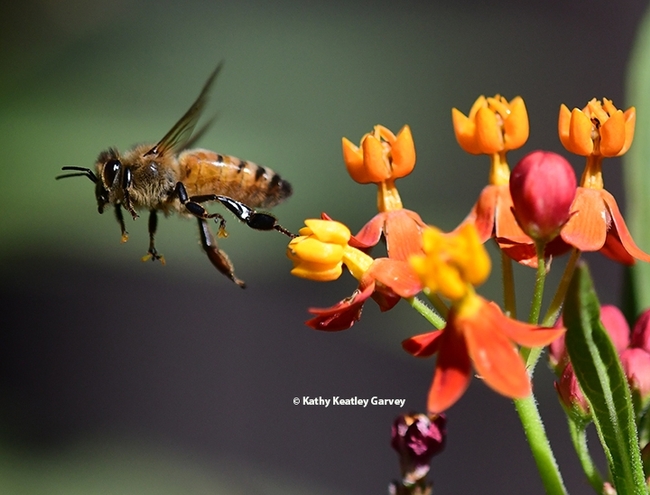 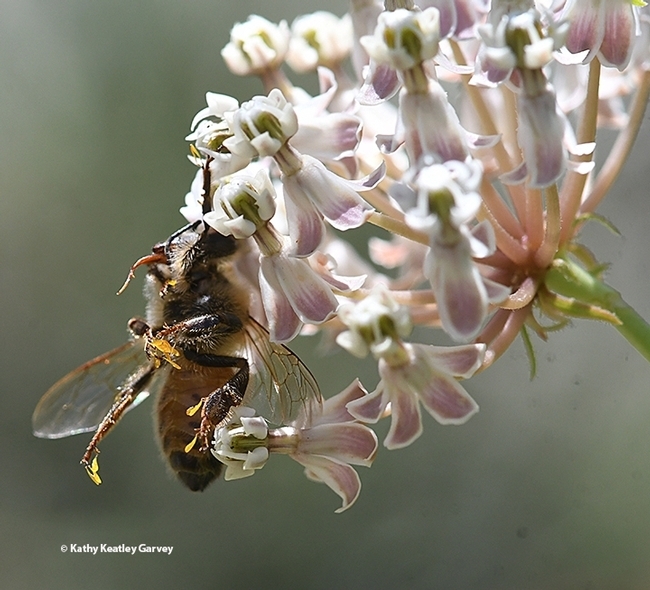 This honey bee couldn't free herself from the reproductive chamber of the milkweed. (Photo by Kathy Keatley Garvey
Focus Area Tags: Agriculture, Environment, Natural Resources, Yard & Garden
Tags: floral trap (2), honey bee (223), milkweed (45), pollination (12), pollinia (7)
Comments: 1
Comments:
by Mona Miller
on October 20, 2021 at 6:36 PM
Great photos and information. I’ve seen bees try to pull those pollinia off, they don’t come off until the bee gets its foot trapped again as it nectars the milkweed. Once the foot is trapped, the pollinia now has a chance to be pulled off and left to fertilize the milkweed.
Leave a Reply: