We recently saw an adorable jumping spider (aren't all jumping spiders adorable?) huddled or cuddled (your preference) within a layer of yellow rose petals. It didn't look like a poster child for Halloween. It looked right at home.

“Spiders have been around for 400 million years and are cunning, skillful predators," Professor Bond says. They are "an incredibly diverse group with more than 50,000 species described with probably another 200,000 remaining to yet be discovered."

When Professor Bond spoke at the Bohart Museum of Entomology open house, “Eight-Legged Wonders,” on March 9, 2019, showcasing spiders, he drew scores of questions. Following his talk, the visitors participated in interactive activities, including “How to Eat Like a Spider,”  “How to Assemble an Arachnid,” "How to Catch a Moth," "Create a Chelicerate" and others. So educational and entertaining and let's hope another one will be on the calendar in the near future! The Bohart Museum, currently closed to the public due to COVID-19 precautions, is located in Room 1124 of the Academic Surge Building on Crocker Lane, UC Davis campus. It is the home of nearly 8 million insect specimens, and also a live "petting zoo" (think Madagascar hissing cockroaches, walking sticks and tarantulas) and an online insect-themed gift shop, stocked with t-shirts, hoodies, jewelry, posters, and collecting equipment.

Meanwhile, Herman or Hermanina, is basking in the sun, getting ready to substantiate Professor Bond's excellent description: "a cunning, skillful predator." 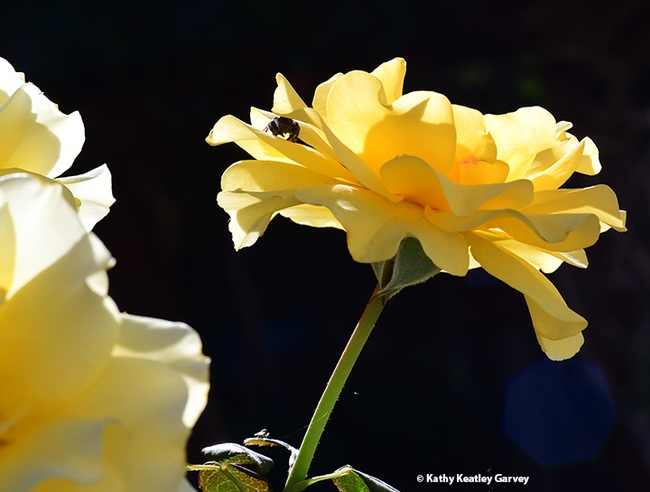 Look closely and you'll see a jumping spider huddled in the petals of this yellow rose. (Photo by Kathy Keatley Garvey) 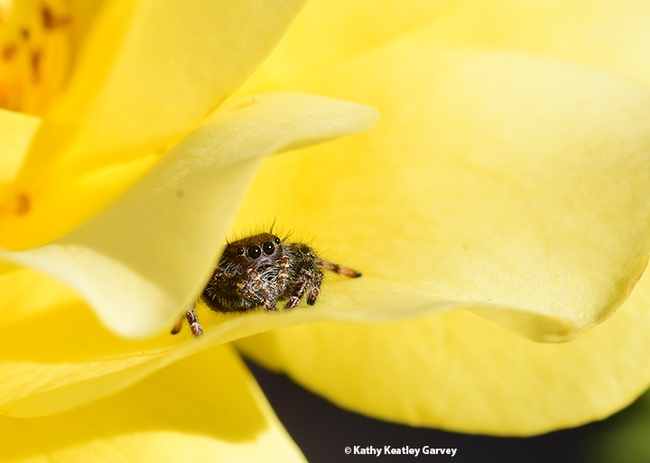 Hi, there! A jumping spider peers at the photographer. (Photo by Kathy Keatley Garvey) 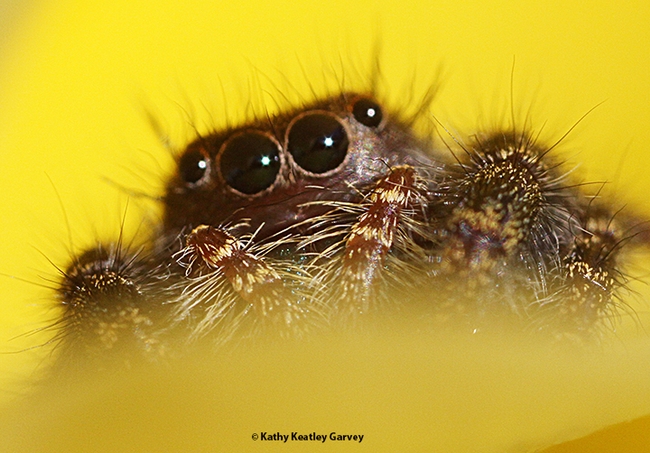 Close-up of the jumping spider. (Photo by Kathy Keatley Garvey) 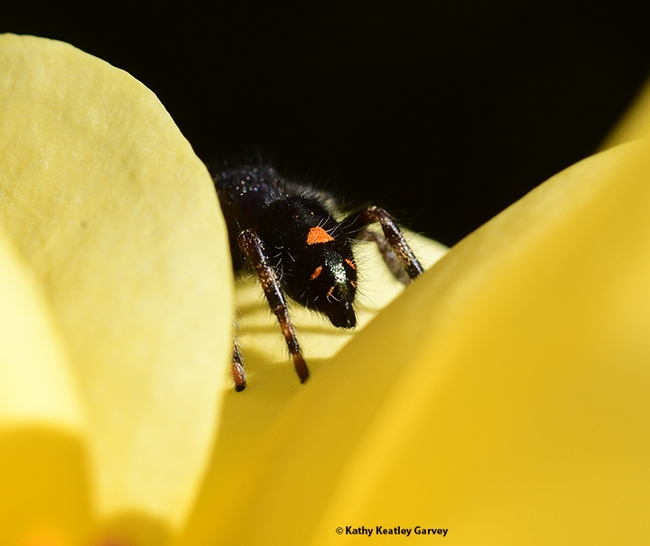