Bug Squad
sitenum=63
Happenings in the insect world
Why You Should Love Spiders--Or at Least Like Them! UC Davis professor Jason Bond gives us 5 reasons to like spiders. (Photo by Kathy Keatley Garvey)
We recently posted information about the Bohart Museum of Entomology's upcoming open house on "Eight-Legged Wonders," and several people responded that they absolutely HATE spiders, and that we should have prefaced it with a SPOILER ALERT: "SPIDER PHOTOS! BEWARE!"

Spiders--especially jumping spiders, crab spiders and orb weavers--fascinate me. They've been around for 400 million years and are cunning, skillful  predators. I don't relish them eating a honey bee in our pollinator garden,  but everything has to eat. If I were in charge of their culinary habits, though, I'd point them in the general direction of a delicious stink bug or a scrumptious green bottle fly or a tasty lygus bug. And ask them, pretty please, to leave my honey bees alone.

Still, many people fear spiders. Arachnophobia is a common phobia, but there are five good reasons to like spiders, according to Jason Bond of the UC Davis Department of Entomology and Nematology. A black widow spider protecting her egg sacs. (Photo by Kathy Keatley Garvey)
Bond will showcase spiders and other arachnids at the Bohart Museum of Entomology open house, “Eight-Legged Wonders,” from 1 to 4 p.m., Saturday, March 9, a free and family friendly event. He will present a slide show at 1, and then visitors can participate in interactive activities, including “How to Eat Like a Spider” and “How to Assemble an Arachnid.”Bond, who is the Evert and Marion Schlinger Endowed Chair in Insect Systematics in the UC Davis Department of Entomology and Nematology, will present a 10-minute slide show at 1 p.m. in the Museum of Wildlife and Fish Biology classroom, located on the first floor of the Academic Surge Building, next to the Bohart Museum. 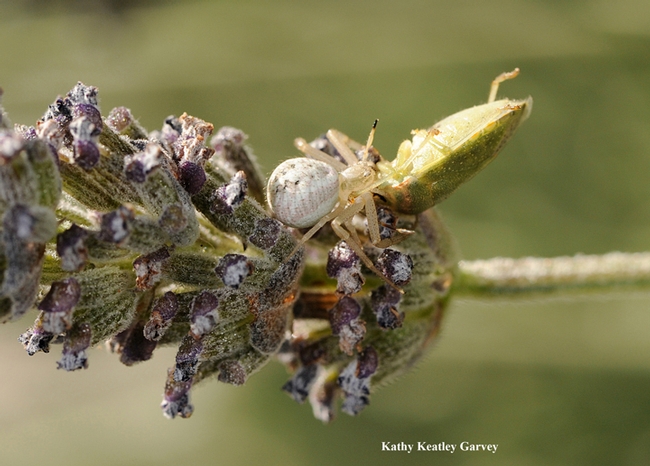 A crab spider dining on a stink bug. (Photo by Kathy Keatley Garvey) 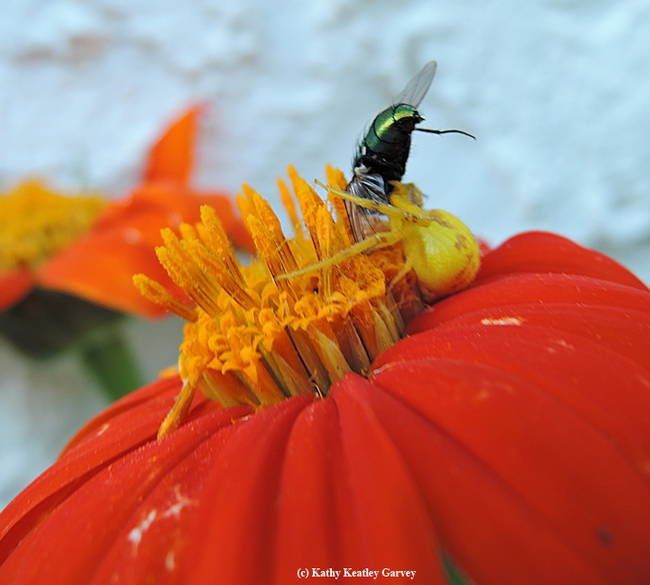 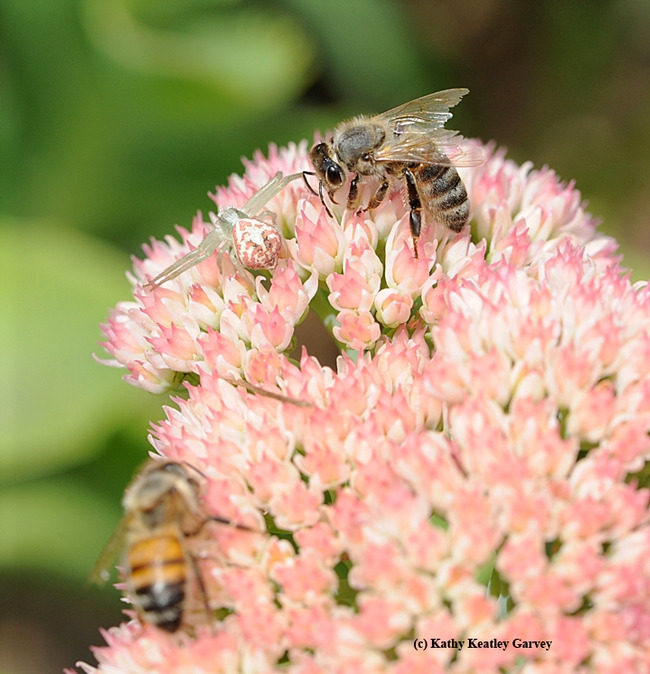 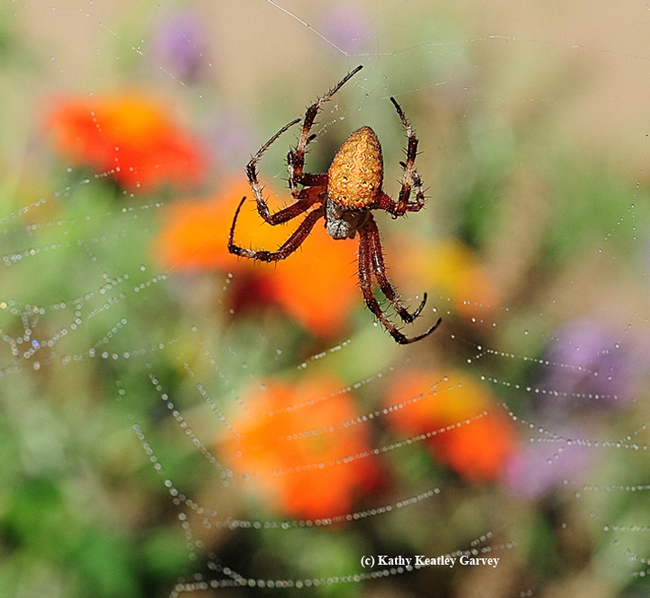 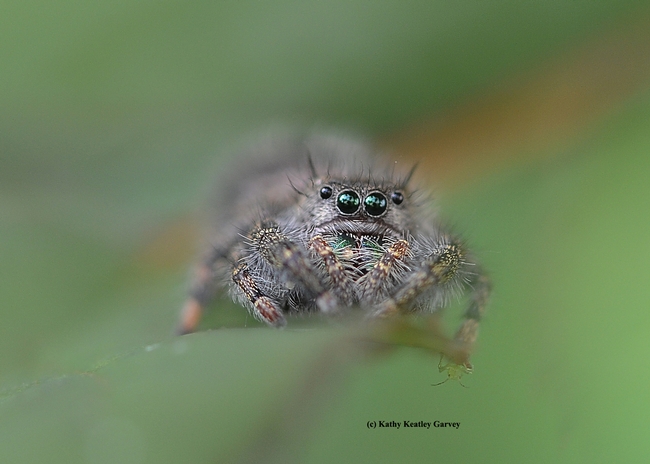 A jumping spider peers at the camera. (Photo by Kathy Keatley Garvey) 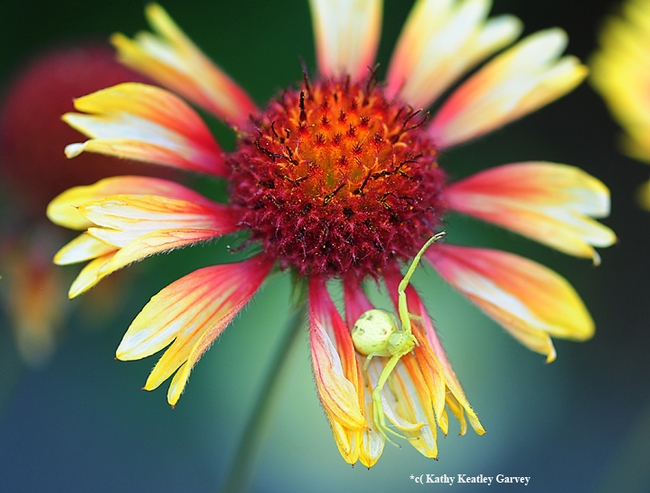 This crab spider, on a blanket flower or Gaillardia, is a camouflaged green. (Photo by Kathy Keatley Garvey) 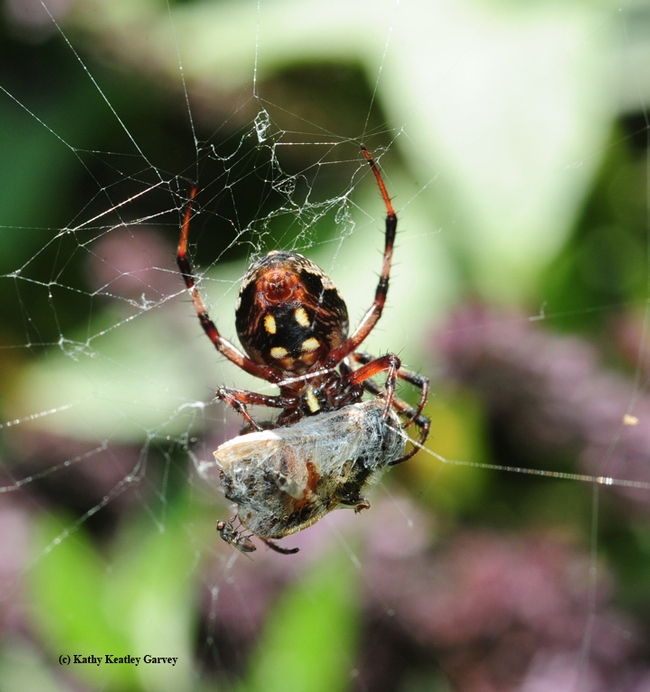