Pesticides that have not been sold at the retail level for years are still regularly found in residential runoff water, according to research in Sacramento and Orange counties by UC scientists. So called “legacy pesticides” are probably old products that homeowners still have on their garage shelves and are still using to control pests.

An earlier study by the California Department of Pesticide Regulation and the UC Integrated Pest Management Program found that 60 percent of pesticides sold to consumers are for ant control. For that reason, UC Cooperative Extension specialist in landscape horticulture Loren Oki of UC Davis and UC Cooperative Extension water resources/water quality advisor Darren Haver focused on ant control pesticides in their residential runoff research project. The scientists collected 830 water samples from the storm drains in four Sacramento County neighborhoods and four Orange County neighborhoods between 2006 and 2010.

“In Sacramento County, we trained a team of about 25 volunteer UC Master Gardeners to collect the samples,” Oki said. Orange County samples were collected by Haver and his staff. All the samples were sent to UC Riverside for analysis.

“Pesticides that have been off the market since 2004 are still found in the water,” Oki said. “We found organophosphates – diazinon and chlorpyrifos – in differing amounts, typically more in Orange County than Sacramento County. We also found a fairly new pesticide, fipronil, in most of our water samples.”

The scientists also noted random spikes in the amount pesticides in runoff water, unconnected with storms or other conditions, which suggested that they were directly associated with particular pesticide applications in the neighborhoods.

There are several ways homeowners can help prevent contamination of the California water supply. For one, dispose of old pesticides properly. Most cities and counties have programs for disposal of household hazardous waste.

“If you don’t generate runoff, you won’t have pesticides running off too,” Oki said. 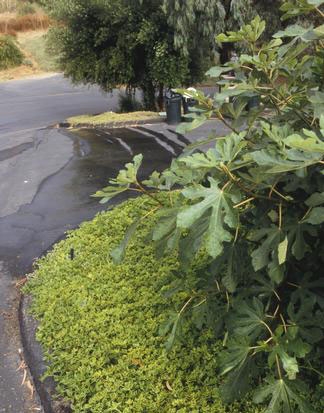