"Imidacloprid disrupts the nerve's ability to send a normal signal, and the nervous system stops working the way it should," says the National Pesticide Information Center (NPIC).

Used in products sold in the United States since 1994, "Imidacloprid is much more toxic to insects and other invertebrates than it is to mammals and birds because it binds better to the receptors of insect nerve cells," according the NPIC's Fact Sheet.

The research, "Past Insecticide Exposure Reduces Bee Reproduction and Population Growth," by doctoral ecology candidate Clara Stuligross and her co-author, major professor Neal Williams of the UC Davis Department of Entomology and Nematology, is published in the current edition of the Proceedings of the National Academy of Sciences.

The blue orchard bee, sometimes nicknamed BOB, is a native bee active in the early spring. Metallic blue in color and smaller than a honey bee, it is a solitary mason bee often managed commercially to pollinate almond orchards. The bees are also considered excellent pollinators of apple, pear and cherry trees and efficient pollinators of blueberries.

“We reveal that pesticide exposure, both directly to foraging bees and via carryover effects from past exposure, dramatically reduced bee reproduction, which reduced population growth,” they wrote. “Carryover effects reduced bee reproduction by 20% beyond current impacts on foraging bees, exacerbating the negative impact on population growth rates. This indicates that bees may require multiple generations to recover from a single pesticide exposure; thus, carryover effects must be considered in risk assessment and conservation management.” A blue orchard bee, Osmia lignaria, leaving its wood block nest at UC Davis. (Photo by Clara Stuligross)
Stuligross and Williams pointed out that “Pesticides are linked to global insect declines, with impacts on biodiversity and essential ecosystem services. In addition to well-documented direct impacts of pesticides at the current stage or time, potential delayed ‘carryover' effects from past exposure at a different life stage may augment impacts on individuals and populations.”

“Exposure to even a single insecticide application can have persistent effects on vital rates and can reduce population growth for multiple generations,” they wrote. “Carryover effects had profound implications for population persistence and must be considered in risk assessment, conservation, and management decisions for pollinators to mitigate the effects of insecticide exposure.

The next step? “We are interested in studying how this type of pesticide exposure affects bees in a full field setting, where bees are exposed to multiple stressors simultaneously," she said.

Stuligross, who began her doctoral studies at UC Davis in 2016, holds a bachelor's degree in environmental studies (2014) from Earlham College, Richmond, Ind.  “I am broadly interested in bee biology, population ecology, and understanding how bees interact with their environments in natural and managed ecosystems,” she says. “I use a combination of landscape, field cage, and lab experiments to study these interactions at different scales.”

Stuligross and Williams assisted with the production of the KQED Deep Look video, "Watch This Bee Build her Bee-Jeweled Nest," posted Aug. 7, 2018.  The video notes that most of the 4000 bees in North America are solitary. Mason bees, or "builder bees," build their nests with mud, and provision their nests with nectar and pollen for their offspring. 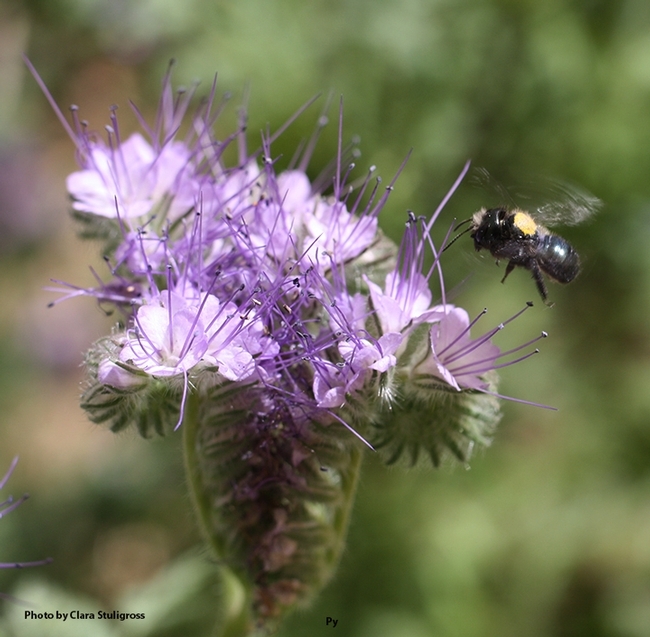 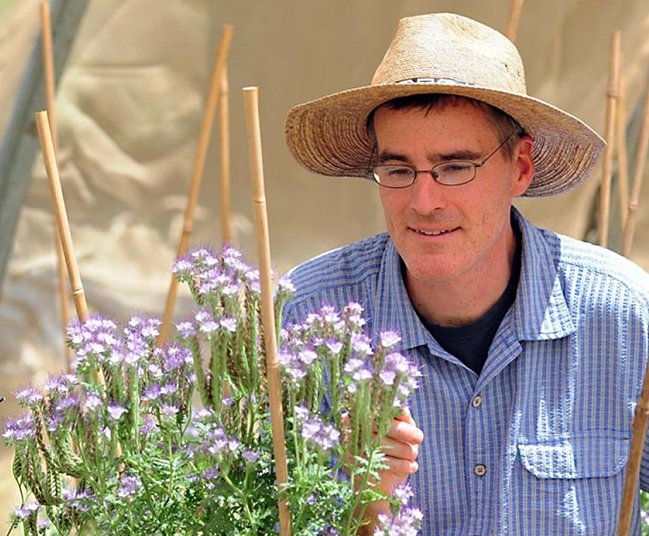