Lynn Kimsey, director of the Bohart Museum of Entomology
The Bohart Museum of Entomology at UC Davis is currently closed to the public due to COVID pandemic precautions, but a jubilant crew helped celebrate the Feb. 1st birthday of its director, Lynn Kimsey, a UC Davis distinguished professor of entomology who has administered the museum since 1990.

This year the Bohart Museum, home of a worldwide collection of eight million insect specimens, is celebrating its 75th year. Let's just say that Kimsey is younger than that.

So, a quick update with Professor Kimsey:

Q. "What fascinates you about insects?"

A. "All the incredibly weird things they do. Every year I learn something head-slappingly new!"

Q. "What do you want the public to know the most about insects?"

A. "That insects are mostly harmless and really important parts of our lives as well as other animals and plants."

Q. "What insect has the longest life span?"

A. "Depends on how you define it. Desert insects can stay in diapause for up to 10 years or more. Jerry Powell at UC Berkeley discovered that the yucca moth can remain in the pupa for several decades before emerging when it rains. As for adult insects, probably stink beetles live the longest here." Lynn Kimsey professes to be a "choco-holic. (Photo by Tabatha Yang)

Professor Kimsey is an alumnus of UC Davis. She received her undergraduate degree in 1975 and her doctorate in 1979. Richard M. Bohart, for whom the insect museum is named, served as her major professor and she was his last graduate student.

Kimsey joined the UC Davis entomology faculty in 1989. Her areas of expertise include insect biodiversity, systematics and biogeography of parasitic wasps, urban entomology, civil forensic entomology, and arthropod-related industrial hygiene.  She is a recognized global authority on the systematics, biogeography and biology of the wasp families, Tiphiidae and Chrysididae.

In 2020, the Pacific Branch, Entomological Society of America (PBESA), presented her with its highest honor,  the C. W. Woodworth Award. She earlier received two other PBESA awards: the Systematics, Evolution and Biodiversity Award in 2014, and shared the Team Award in 2013 with colleagues Eric Mussen, Robbin Thorp, Neal Williams and Brian Johnson, who were recognized for their collaborative work specializing in honey bees, wild bees and pollination issues through research, education and outreach.

The Bohart Museum is located in Room 1124 of the Academic Surge Building on Crocker Lane, UC Davis campus. In addition to its eight million insect specimens, it houses a live "petting zoo" (think Madagascar hissing cockroaches, stick insects and tarantulas) and a gift shop (now online), stocked with insect-themed gifts such as books, posters, jewelry, t-shirts and hoodies.

Questions? Will the 75th anniversary celebration of the Bohart Museum continue this year? When will the Bohart Museum be open to the public and when will it begin hosting its ever-popular open houses? To be determined, but spoiler alert: One event will involve the California dogface butterfly, Zerene eurydice, the state insect. This is the 50th anniversary of when the State Legislature named the butterfly the state insect. Stay tuned. 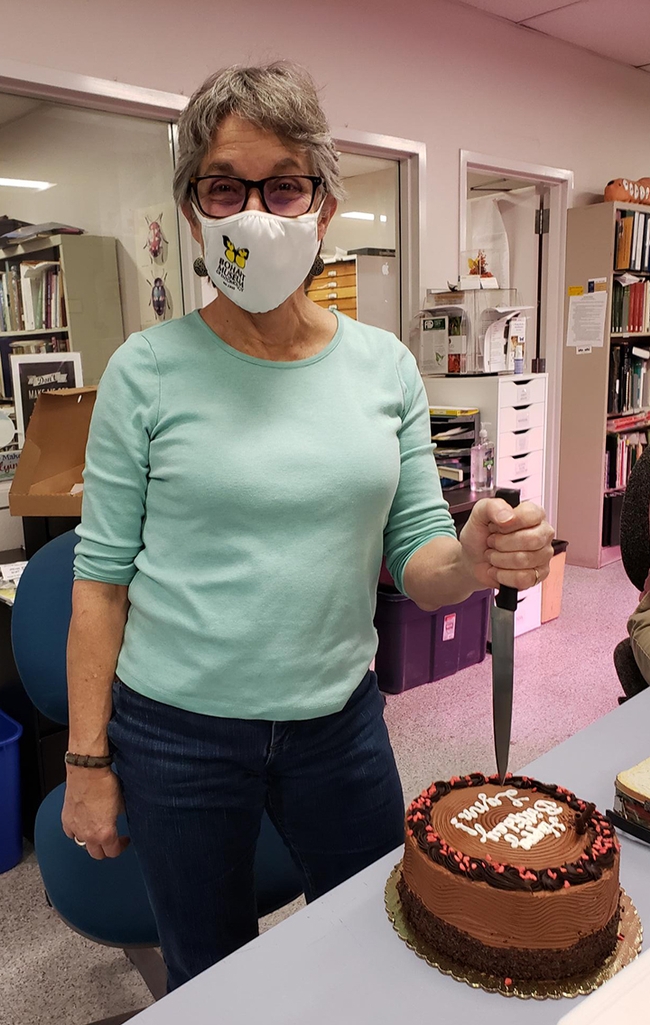 Lynn Kimsey, director of the Bohart Museum of Entomology, prepares to cut her birthday cake. (Photo by Tabatha Yang) 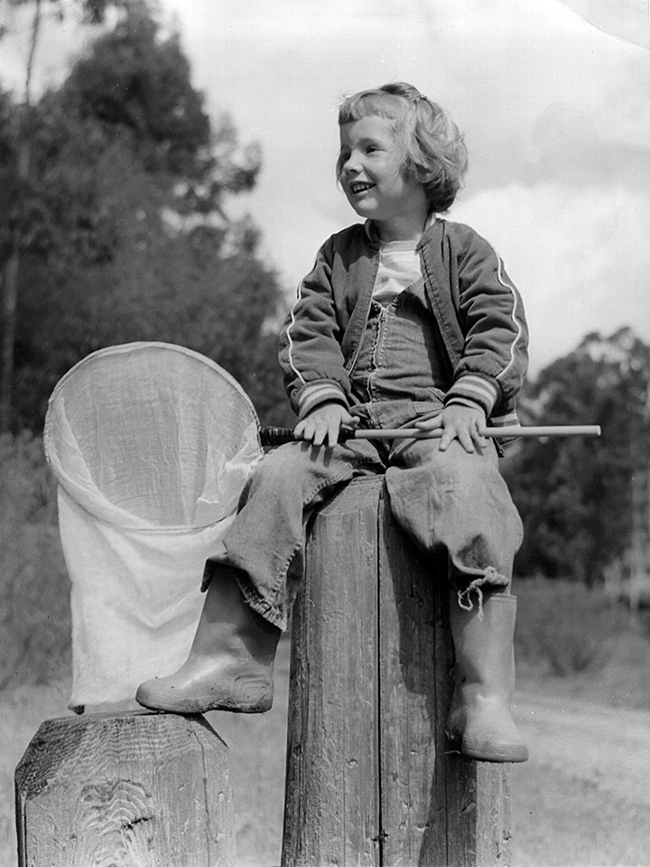