Bug Squad
sitenum=63
Happenings in the insect world
Something Bugging You?

The Bug Doctor is in! (Photo by Kathy Keatley Garvey)
Got a question about insects or arthropods that's been bugging you?

Head over to the Bug Doctor booth staffed by UC Davis Department of Entomology and Nematology doctoral students on Saturday, April 23 at Briggs Hall during the 108th annual UC Davis Picnic Day.

The Bug Doctor will be in. Or, make that, the Bug Doctors will be in! They'll answer your questions, whether they're about ants, millipedes (arthropods), spiders (arthropods)--or such fan favorites as lady beetles (aka ladybugs), bees, butterflies, and dragonflies. Puzzled about a bug in your yard? Bring 'em in for identification! Griebenow just finished captaining the UC Davis Entomology Games Team that won the championship at the Pacific Branch, Entomology Society of America meeting. The team, comprised of Griebenow, Jill Oberski, Erin "Taylor" Kelly of the Geoffrey Attardo lab, and Madison Hendrick of the Ian Grettenberger lab, will now compete in the nationals during the Entomological Society of America meeting that takes place Nov. 13-16 in Vancouver, British Columbia.

So, what's your question?

Ask away! And keep asking. Who knows, after you've finished talking to the Bug Docs, you may want to pursue a career in entomology.

Now about those ants having a family reunion in your kitchen....Should we give them name tags? 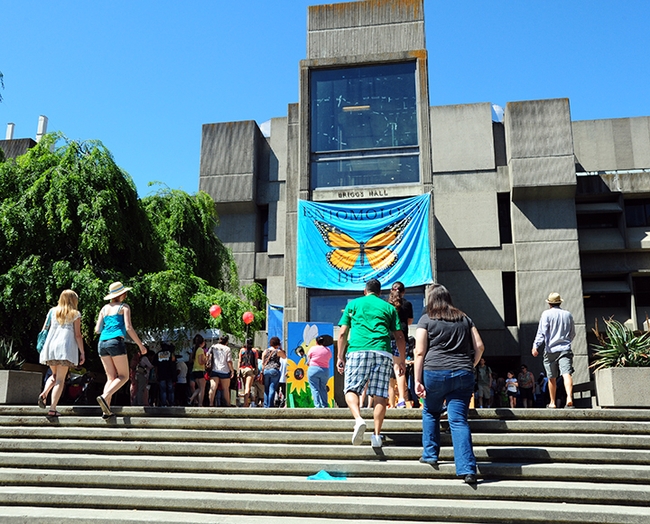 This will be the scene in front of Briggs Hall on Saturday, April 23 when the 108th annual UC Davis Picnic Day takes place. (Photo by Kathy Keatley Garvey) 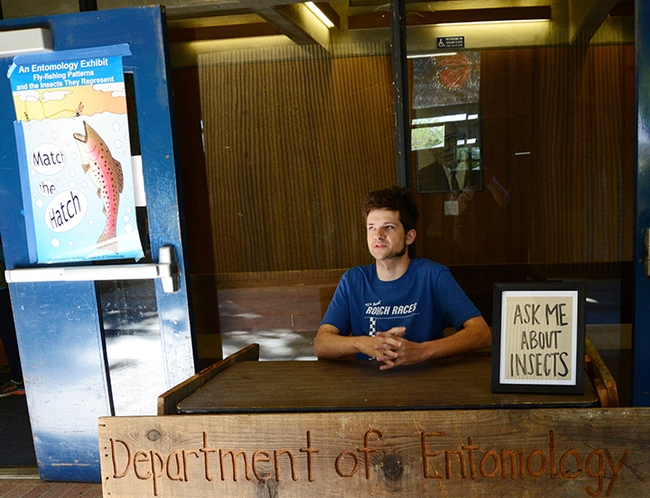