As branch champions, the UC Davis team will now advance to the nationals: the annual meeting of the Entomological Society of America (ESA) takes place Nov. 13-16 in Vancouver, British Columbia. UC Riverside will compete as the second-place team.

The popular event, formerly known as the Linnaean Games, is a lively question-and-answer, college bowl-style competition on entomological facts played between university-sponsored student teams. The UC Davis team won the preliminaries on April 10 to advance to the championship round on April 11.

Paraphrasing some of the questions: Guess the insect? The Entomological Society of British Columbia logo features the snow scorpionfly, Boreus elegans, which lives on the snow of coastal mountains by the Pacific Ocean.
1. Name the family of the insect shown on the logo of the Entomological Society of British Columbia, along with one of the two genera of that family that are present in that province. (Answers: Boreidae; Boreus or Caurinus)

2. Give the binomial name of the new record-holder for millipede with greatest number of legs, along with its country of origin. (Answers: Eumillipes persephone; Australia)

3. What is a chemical called that is added to an insecticide that enhances the formulation and efficacy, but is not itself toxic? (Answer: an adjuvant)

4. Name the heme containing enzymes that play a role in the detoxification of xenobiotics such as pesticides. (Answer: Cytochrome P450s)

5. What is the most prevalent virus affecting humans that is vectored by Aedes mosquitoes? (Answer: Dengue) 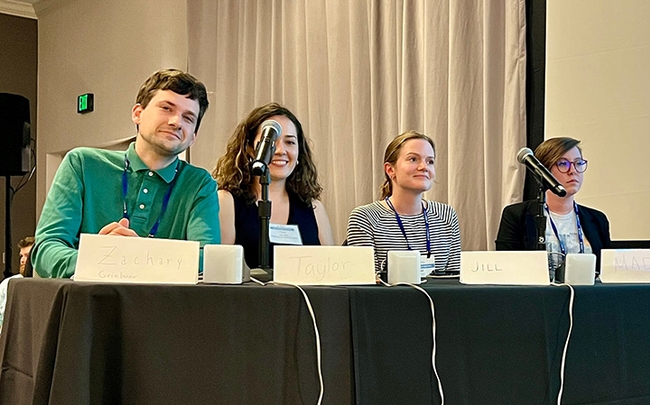