Maggots of many colors. (Photo by Kathy Keatley Garvey)
If you or your favorite child, grandchild or neighbor created Maggot Art at the 108th annual UC Davis Picnic Day on Saturday, April 23, chances are it's now framed.

Or at least, it's a conversation piece!

Maggot Art is a big draw!

Scores of youngsters and adults--most with great glee but some with a little trepidation--participated in the Department of Entomology and Nematology's annual Maggot Art event, this time switched from the Briggs Hall courtyard to the Green Hall courtyard.

Hudson Carr, 4, of Los Angeles--with Mom Angie Velazquez assisting, and Dad Justin Carr taking photographs-- eagerly picked up a maggot with forceps, dipped it into green water-based, non-toxic paint and watched it crawl around on his white paper. Then he picked up another, dipped it into yellow paint, and guided it on the paper. A few more colors and a few more maggots...and...Voila! Maggot Art!

His mother, a UC Davis alumnus (she majored in psychology and sociology and participated in the California Aggie Marching Band-uh!, now known as the UC Davis Marching Band), says Hudson has always like bugs. His smile confirmed it. Then the family was off to the Bohart Museum of Entomology to see more insects.

Maggot Art has been a traditional part of the UC Davis Picnic Day since the early 2000s.

Rebecca O'Flaherty, a former graduate student of forensic entomologist Robert Kimsey, coined the educational teaching curriculum,  "Maggot Art," back in 2001 when she was studying at the University of Hawaii. She was rearing blowflies for her forensic research and wanted an activity to draw the interest of elementary school students.  She also wanted to generate interest and respect for forensic entomology.

Her Maggot Art quickly drew national interest. The CSI television show featured one of her works, “Ancient Offering,”  which hung on the permanent set in Gil Grissom's office. O'Flaherty also exhibited her work at art shows, including a two-month exhibition at the Capital Athletic Club, Sacramento, in 2007.

The Metropolitan Museum of Art or Guggenheim Museum may not be ready to showcase the UC Davis Maggot Art, but the artists--and the maggots--are the stars of social media, family videos and refrigerator art. 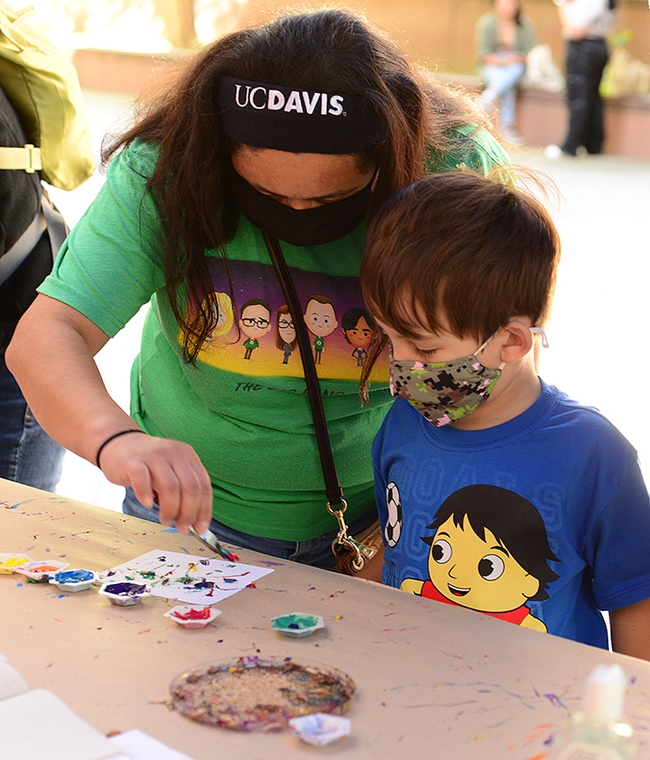 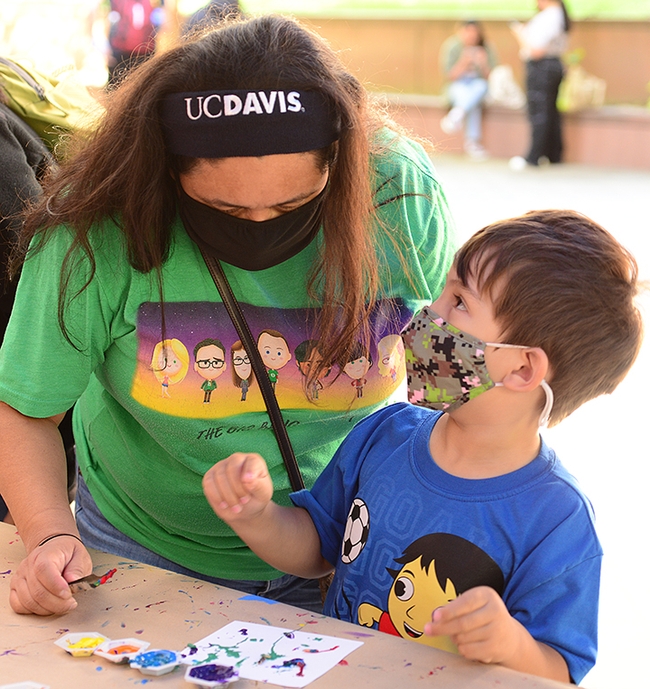 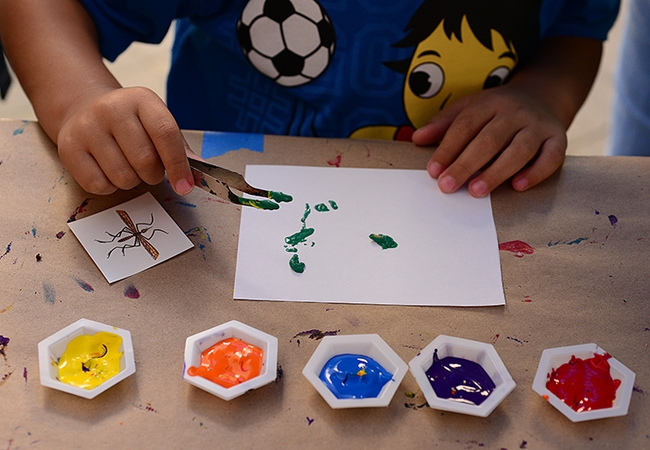 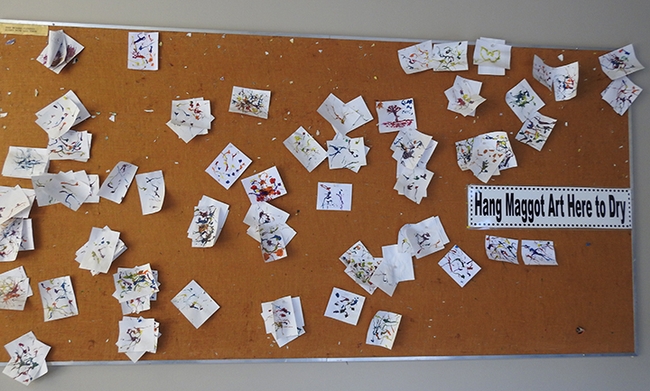