A free, public open house on “Eight-Legged Encounters,” featuring spiders and other arachnids, promises to be one of the biggest events--if not the leggiest!--of the year on the UC Davis campus and beyond.

The event, set from 1 to 4 p.m., Saturday, June 25 in the Bohart Museum of Entomology, Academic Surge Building, Crocker Lane, will officially kick off the 2022 American Arachnological Society's meeting at UC Davis.

A "powerhouse" of arachnologists will be participating, said Jason Bond, associate dean, College of Agricultural and Environmental Sciences, and the Evert and Marion Schlinger Endowed Chair in Insect Systematics, UC Davis Department of Entomology and Nematology. He will be hosting the conference with Lisa Chamberland, postdoctoral research associate, Department of Entomology and Nematology, and Joel Ledford, assistant professor of teaching, Department of Plant Biology, College of Biological Sciences.

Some 20 exhibits and activities will be set up in the hallway of the Academic Surge Building, said Tabatha Yang, the Bohart Museum's education and outreach coordinator. A crab spider, known for its ability to change colors, eyes a honey bee. (Photo by Kathy Keatley Garvey)
Professor Eileen Hebets of the School of Biological Sciences, University of Nebraska, Lincoln, is co-hosting the open house as part of a U.S. National Science Foundation grant, “Eight-Legged Encounters” that she developed as an outreach project to connect arachnologists with communities, especially youth. See https://www.youtube.com/watch?v=heryXCD39cs.

Through the NSF grant, awarded in 2013, Hebets seeks to educate the public “about the wonders of biology and the possibility of scientific discovery using a charismatic and engaging group of animals--arachnids. Arachnids (spiders and their relatives) are ubiquitous, thriving in most habitable environments on our planet (including underwater),” Professor Hebets writes on her website at https://hebetslab.unl.edu/eight-legged-encounters. “They are tremendously diverse in their form, behavior, sensory systems, and general natural histories; making arachnid ecology and evolution fertile ground for teaching a breadth of Science, Technology, Engineering, and Math (STEM) knowledge content. The diversity of arachnid biology allows us to fluidly integrate concepts and knowledge from fields as disparate as anatomy, physiology, development, animal behavior, predator ecology, biomechanics, biomimetics, and bioinspired technologies (among others) into hands-on educational activities for audiences of all ages.”

“As a scientist, a mother, and an educator, I often see the disconnect between youth and the world around them; between problem solving skills, observation skills, critical thinking, natural curiosity and the more traditional formal teaching programs experienced by many students,” she writes. “Youth are innately curious and tremendously creative and my aim is to leverage these traits for their own educational advancements in a fun and engaging manner.”

To date, Hebets and her collaborators have developed more than 25 modular activity stations “encompassing arts and crafts, experiments, games, and other hands-on activities." They include classification and taxonomy, spiders and silk, path of predators, and hands-on science.

Also at the open house, plans call for “A Name that Spider" event, coordinated by postdoctoral fellow Lisa Chamberland and PhD students Iris Bright and Emma Jochim of the Bond lab. “We'll have an exhibit at the event with details on the spider,” Bond said. “We'd like to restrict naming suggestions to be youths attending the event, students 18 years and younger."

Another highlight of the American Arachnological Society conference will be a series of public lectures, aimed for both novices and experts alike, from 7:30 to 9 p.m. Tuesday, June 28, in the newly constructed 600-seat lecture hall, California Hall. The building, located in the campus core, is circled by Hutchison, Asmundson, Kerr, Robbins and Haring halls. The event is free and open to the public. 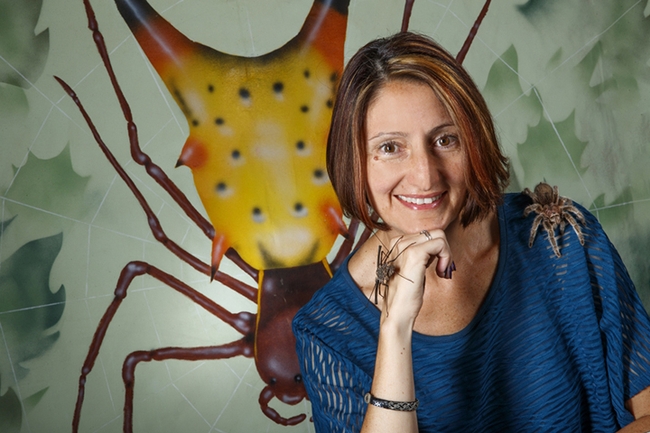 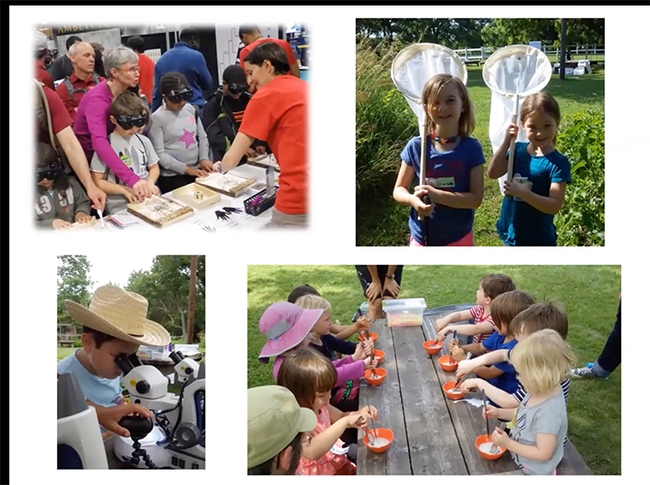 These images are from Professor Eileen Hebet's slide presentation on her project, "Eight-Legged Encounters." 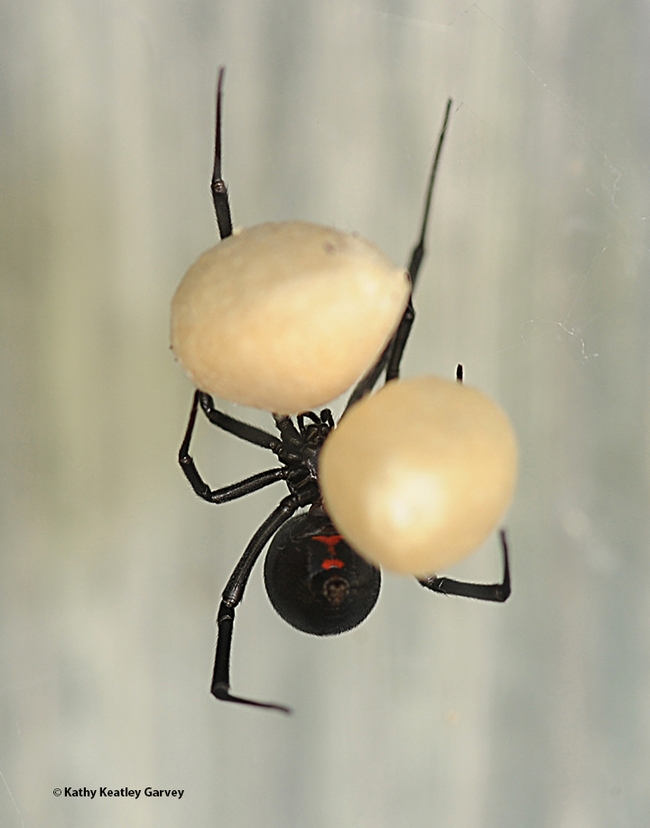 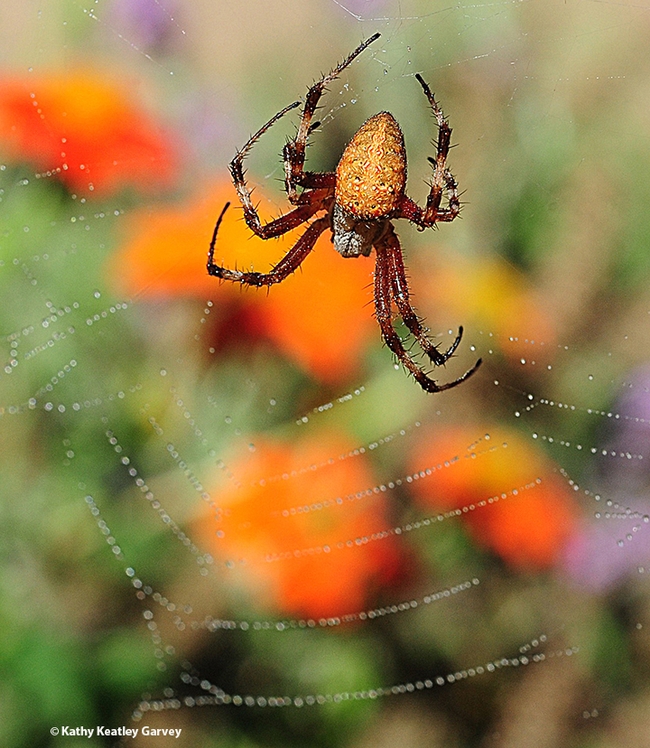