Arachnologist Jason Bond (Photo by Kathy Keatley Garvey)
"For some people, spiders can be at the same time fascinating and frightening. The helpful friend who caught that fly buzzing around your kitchen, and the pest that scared you in the shower."

"But this weekend some of the country's top experts on arachnids — the group that includes not just spiders but scorpions, mites and ticks, among others — will be in Davis to help demystify the amazing creatures, and even name a new species."

Bond is the associate dean of the UC Davis College of Agricultural and Environmental Sciences and the Evert and Marion Schlinger Endowed Chair in Insect Systematics, UC Davis Department of Entomology and Nematology.

AAS will kick off the UC Davis conference by co-hosting an open house, "Eight-Legged Encounters," with the Bohart Museum of Entomology. The event takes place from 1 to 4 p.m., Saturday, June 25 in the Academic Surge Building on Crocker Lane, UC Davis campus. It's free, family friendly, and open to the public.

Some 20 exhibits and hands-on activities--educational and entertaining--will be set up in the hallway of the Academic Surge Building. “There will be everything--spider specimens, live arachnids, activities, artwork, etc., at the open house,"  said Bond, adding that a powerhouse of the nation's arachnologists will participate. This is a newly discovered California trapdoor species from the genus Promyrmekiaphilai. Students 18 and under are invited to suggest a species name. (Photo from the Jason Bond lab)
AAS member Eileen Hebets, professor at the University of Nebraska, Lincoln, is co-hosting the open house as part of a U.S. National Science Foundation grant, “Eight-Legged Encounters” that she developed as an outreach project to connect arachnologists with communities, especially youth.

Students 18 and under will be invited to name a newly discovered trapdoor spider species from the genus Promyrmekiaphila. Conference co-host and postdoctoral research associate Lisa Chamberland is coordinating the spider-species naming project with second-year doctoral student Emma Jochim of the Bond lab and incoming doctoral student Iris Bright.

In the meantime, listen to Sandsor's interview with Jason Bond. You'll learn more about why spiders are essential to the ecosystem, why they are spectacular, and what spiders he likes best.

What's your favorite spider? And have you ever photographed them? 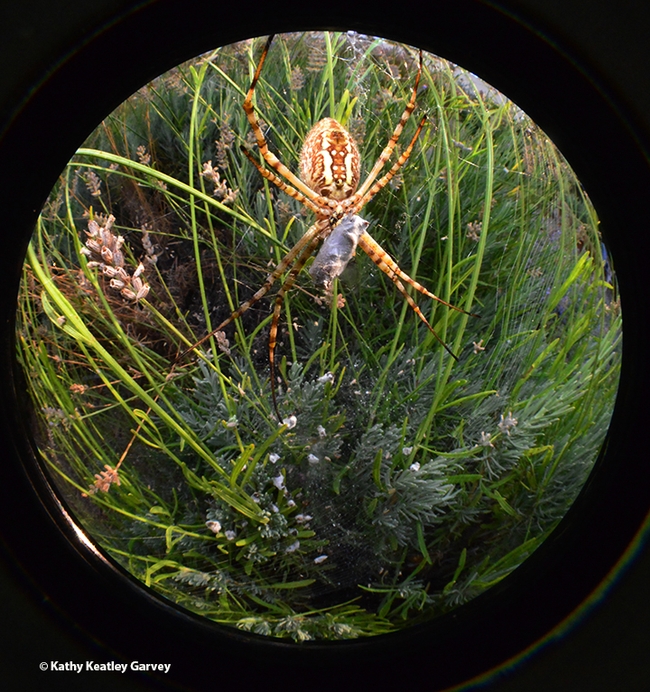 A striking garden spider, as seen through a fisheye lens. (Photo by Kathy Keatley Garvey) 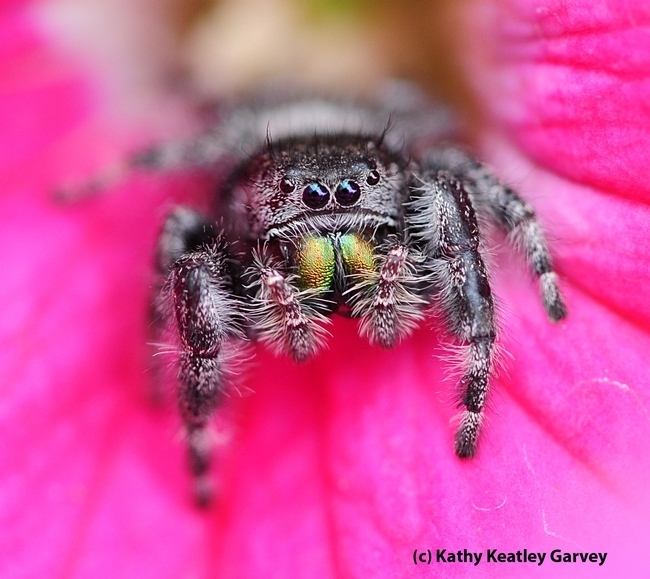 A jumping spider peers at the photographer. (Photo by Kathy Keatley Garvey) 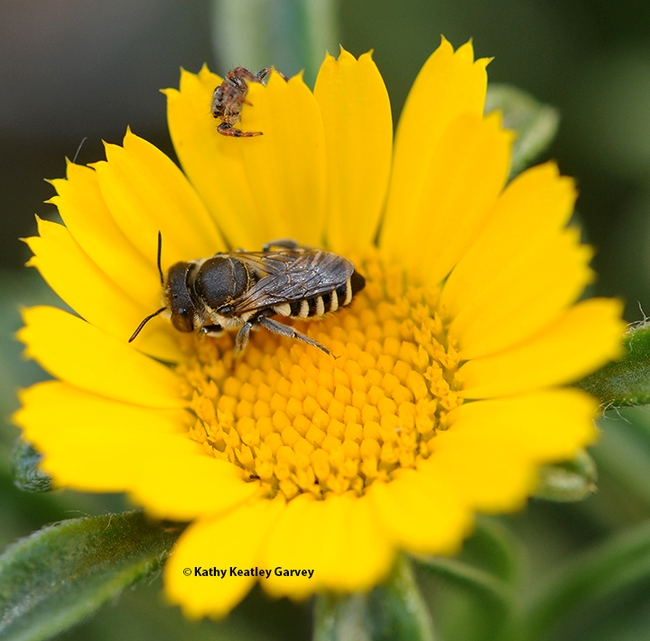